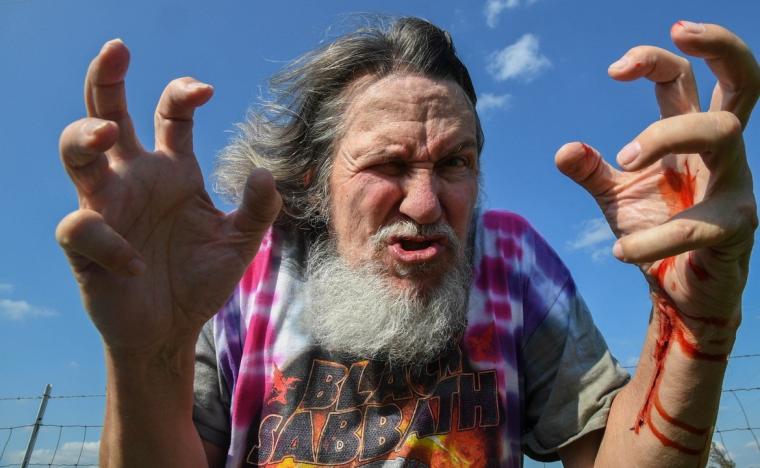 Midwest Monster Fest at the Spotlight Event Center -- September 14 and 15.

A premier convention for fans of all things horror, the Midwest Monster Fest takes over Moline's Spotlight Event Center on September 14 and 15 – a terror- and fun-filled weekend filled with special guests, vendors, panel discussions, screenings, contests, challenges, and, in celebration of the movie's 45th anniversary, appearances by John Dugan, Teri McMinn, and Ed Neal of Tobe Hooper's 1974 genre classic The Texas Chainsaw Massacre.

Midwest Monster Fest will find more than 40 vendors attending the show, offering a wide range of products including collectibles, books, comics, movies, toys, food, and beverages. On September 15, an F/X Challenge will feature participants competing to show off their best horror-makeup skills for celebrity judges Wyatt Weed (an actor in Star Trek: The Next Generation, Mission: Impossible 2, and Predator 2) and Laila Haley (a local actor and author of Super Heart Heroes: The ABCs who co-starred in the horror hit Sinister 2). A Horror Pin-up contest is also scheduled for Sunday, and prizes for both contests will be awarded. The Midwest Monster Film Fest, meanwhile, will screen short works by fledgling moviemakers with awards presented on Sunday afternoon, and a horror-themed cosplay contest will be held on the afternoon of September 14.

In addition to Weed and Haley, Midwest Monster Fest's celebrity guests include: The Texas Chainsaw Massacre co-stars Dugan (Hell-ephone, Deviant Behavior), McMinn (The Butcher Boys), and Neal (JFK, Ninja Resurrection); W.F. Bell (The Walking Dead, Ozark, MacGyver); and Marlena Midnite, the host of Madnite Mausolem who appears with guests Cat Ziggy and Elizadeath. All of the weekend's guests will be signing autographs and offering photo-ops (individual rates and costs may vary), and on Saturday, the Spotlight Event Center will also be home to the Midwest Monster Fest's official after-party: Zombie Prom Quad Cities, with highlights including the Zombie Prom King & Queen Contest, a professional photo op, and on-site food and a cash bar.