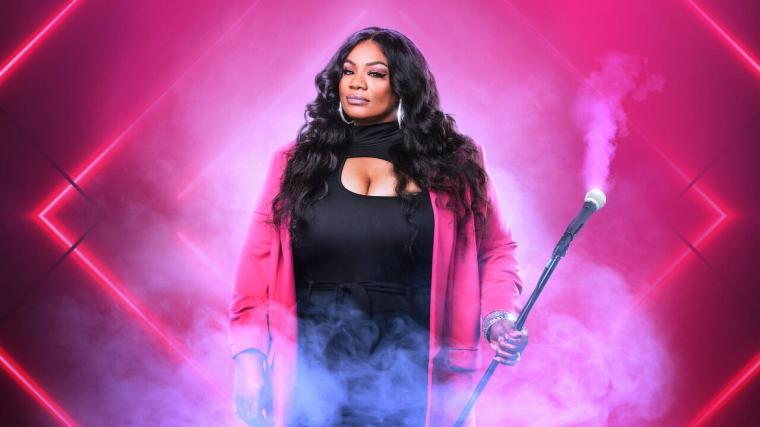 Lauded by the Washington Post as "unforgiving and darkly hilarious" and the New York Times as "brutally honest and outrageous," comedian, author, and actress Patricia Williams - better known by her stage moniker Ms. Pat - will perform two standup sets at Davenport's Rhythm City Casino Resort Rhythm Room on October 1, the headliner beloved as the star of the Emmy-nominated The Ms. Pat Show and host of the podcast The Patdown with Ms. Pat.

A native of Atlanta, Ms. Pat performed her first standup in that city in 2002, and four years later, her career as a comic elevated after moving to Indianapolis with her husband, where she improved her comedic skills at the well-known comedy club Morty's. Following years of local and traveling sets, she participated in the ninth season of NBC's Last Comic Standing in 2015, and went on to appearon popular shows and podcasts hosted by Marc Maron, Joe Rogan, Eddie Ifft, Bert Kreischer, Joey "CoCo" Diaz, Bobby Lee and Ari Shaffir. A frequent guest talent on radio's Bob and Tom Show, Ms. Pat released her first stand-up album Rabbit in 2017, and the next year, she appeared in Netflix's stand-up series The Degenerates. Earlier this year, Netflix also released her hour-long comedy special Ms. Pat: Y'all Wanna Hear Something Crazy?

Last August, Ms. Pat's multi-cam sitcom The Ms. Pat Show premiered on BET+ and was picked up for a second season within weeks, with Decider lauding "The Ms. Pat Show is bound to be one of the year's notable new comedies" and Essence gushing "Ms. Pat is headed for the comedy stratosphere." Based on events from her own life, the show tells the story of a former convicted felon turned suburban mom whose hustle and resilient spirit was forged on the streets of Atlanta. To much reserve, she and her family now find themselves in conservative middle America, and after the pilot episode aired, iconic TV producer Norman Lear loved it so much that he reached out to Ms. Pat personally to meet with her.

Beyond her standup and TV projects, the artist is the noted author of Rabbit: The Autobiography of Ms. Pat, which inspired Publishers Weekly to rave that "Williams displays self-deprecating humor in her book's dramatic moments, and she bares her soul throughout this inspiring, page-turning narrative"." USA Today, meanwhile, extolled, "Somehow she's managed to pull hilarity out of heartache. And when you are done laughing, you rejoice, her final words ringing in your ears." Hailed by Variety in 2019 as a "Top 10 Comic to Watch," Ms. Pat has also appeared on Larry Charles' Dangerous World of Comedy, Comedy Central's This Is Not Happening, and Nickelodeon's Mom's Night Out.

Ms. Pat will perform her engagements in Davenport's Rhythm Room on September 29 at 6:30 and 9 p.m., admission to both standup sets is $30, and more information and tickets are available by calling (563)328-8000 and visiting RhythmCityCasino.com.