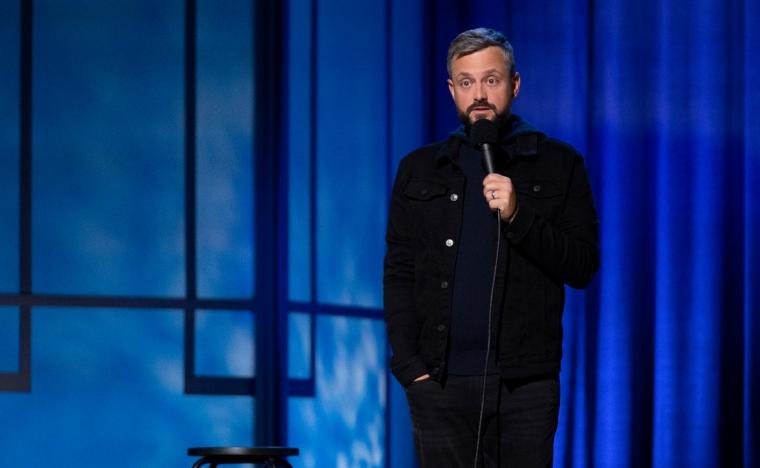 Currently touring after the release of his Netflix special The Great Average American, an hour of comedy that Paste magazine called “full of sharp observations and hilarious insights into regular life,” standup sensation Nate Bargatze plays Davenport's Adler Theatre on January 16, the funnyman also noted for his Comedy Central Presents special and his multiple appearances on The Tonight Show with Jimmy Fallon and Late Night with Conan O'Brien.

Born in Nashville, the 42-year-old Bargatze was part of Jimmy Fallon's "Clean Cut Comedy Tour" in 2013, and won New York's Comedy Festival and the Boston Comedy Festival in the same year. He wrote for the Spike TV Video Game Awards, has performed multiple times for Coalition forces in Iraq and Kuwait, and was mentioned in Rolling Stone by Marc Maron as a "comic who should be big," as well as being mentioned in Esquire magazine by Jim Gaffigan as one of the top up-and-coming comics. Bargatze's first comedy album, 2014's Yelled at by a Clown, made it onto the Billboard Top Ten Comedy Charts for two weeks, peaking at number two, and the comedian released his second album Full Time Magic in conjunction with his Comedy Central Special in May of 2015. That year, he was also cited by Vulture magazine as among "50 Comedians You Should Know."

In 2017, Bargatze had a half-hour special released on Netflix as part of the service's six-part original series The Standups, and two years later, he released an hour-long Netflix special titled The Tennessee Kid. Released last March, his most recent standup special The Greatest Average American was filmed outdoors at Universal Studios Hollywood, and among its numerous rave reviews, World magazine declared, "Whether it's dealing with the stress of life under COVID or marital strife, we laugh at what we recognize, [and] Bargatze's new pandemic special is just what the doctor ordered." Bargatze also serves as the host of the popular Nateland podcast – which draws inspiration from Seinfeld as it often turns into a "podcast about nothing" – and he is also a frequent guest on the podcast Aaronland. In addition to touring the country as a headliner, Bargatze toured in arenas with Chris Rock on his 2017 Total Blackout Tour, and also regularly performs at Bonnaroo, SXSW, Oddball Comedy Festival, Sasquatch, Clusterfest, and the JFL Montreal Comedy Festival, where he has received critical acclaim multiple years in a row.