“The Oberammergau Passion Play: Tradition & Renewal Since 1633,” May 29 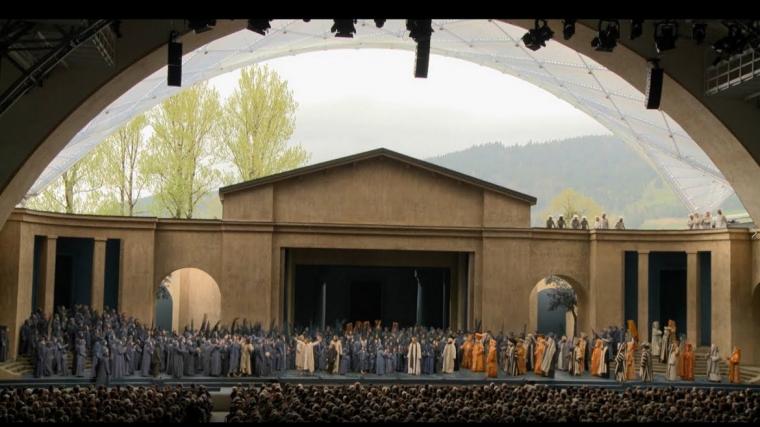 “The Oberammergau Passion Play: Tradition & Renewal Since 1633" at the German American Heritage Center -- May 29.

On May 29, patrons of Davenport's German American Heritage Center will be treated to a fascinating presentation on one of the longest-running religious traditions in world history, with The Oberammergau Passion Play: Tradition & Renewal Since 1633 exploring the work that was performed every year from 1634 to 1680 – and, with a few exceptions, every 10 years since 1680 – by the inhabitants of the village of Oberammergau in Bavaria, Germany.

The text of the play is a composite of four distinct manuscripts dating from the 15th and 16th centuries, and since its first production, it has always been performed on open-air stages in the village. Written by Othmar Weis, J A Daisenberger, Otto Huber, Christian Stuckl, Eugen Papst, Marcus Zwink, Ingrid H Shafer, and the inhabitants of Oberammergau, with music by additional co-author Rochus Dedler, the play is a staging of Jesus' passion, covering the short final period of his life from his visit to Jerusalem and leading to his execution by crucifixion. It is the earliest continuous survivor of the age of Christian religions vernacular drama, and although the work was frequently criticized as anti-Semitic, a multi-decade effort led by the American Jewish Committee and Jewish and Christian allies has recently led to substantial revisions in the play. with its current director, Christian Stuckl, collaborating extensively with such organizations on this effort.

The production involves more than 2,000 performers, musicians, and stage technicians, all residents of Oberammergauvillage, and comprises spoken dramatic text, musical and choral accompaniment, and tableaux vivants: scenes from the Old Testament depicted for the audience by motionless actors accompanied by verbal description. These scenes are the basis for the play's typology, the interrelationship between the Old and New Testaments, and include a scene of King Ahasuerus rejecting Vashti in favor of Esther; the brothers selling Joseph into slavery in Egypt; and Moses raising up the nehushtan (bronze serpent) in the wilderness. The evolution of the Passion Play was about the same as that of the Easter Play, originating in the ritual of the Latin Church, which prescribes, among other things, that the Gospel on Good Friday be sung in parts divided among various individuals.

Over the years, the play's running time has varied due to the many revisions that have taken place. In 2010, the last time the work was staged (having been pandemically delayed until this year), it had a running time of five hours, and was staged a total of 102 days, running from May 15 until October 3. Audiences come from all over the world to view the Oberammergau Passion Play, with admission fees first charged in 1790, and since 1930, the number of visitors has ranged from 420,000 to 530,000.

Serving as presenter for the Oberammergau Passion Play: Tradition & Renewal Since 1633 program is Glenn Ehrstine, an associate professor of German at the University of Iowa. While most of the talks that he has previously given at the German American Heritage Center have dealt with German immigration to Iowa, Ehrstine's May 29 program concerns his primary field of research: plays and performance practices in German-speaking Europe from roughly 1450 through 1700. In addition to providing history on and context to the production, Ehrstine's talk will include images from his visit to the 2010 passion play performance in Oberammergau.

The Oberammergau Passion Play: Tradition & Renewal Since 1633 will be presented at the German American Heritage Center on May 29 at 2 p.m., admission to the program is free for Heritage Center members and $5 for non-members, and more information is available by calling (563)322-8844 and visiting GAHC.org.