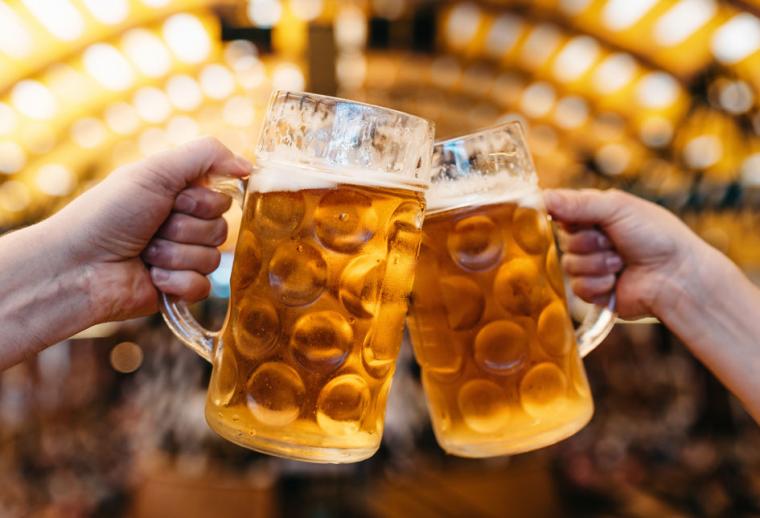 A royal wedding, an annual tradition, and great quantities of beer will all be celebrated in a new, virtual program hosted by the German American Center, with the venue's Executive Director Kelly Lao, on October 11, speaking on Oktoberfest by the Numbers, a fun, fact-filled presentation about the history of Germany's most significant Volksfest.

German for “people's festival,” a Volksfest is a large-scale event that traditionally combines a beer and/or wine festival with the traveling carnival, and Oktoberfest is the world's largest. Held annually in Munich, Bavaria, it is a 16- to 18-day folk festival running from mid- or late-September to the first Sunday in October, with more than six million people from around the world attending the event every year. Locally, it is called d’Wiesn, after the colloquial name for the fairgrounds, Theresienwiese (“Therese’s green”). The Oktoberfest is an important part of Bavarian culture, having been held annually since 1810. Other cities across the world, among them the Quad Cities, also hold Oktoberfest celebrations that are modeled after the original Munich celebration. During the event, large quantities of Oktoberfest Beer are consumed; during the 16-day festival in 2013, it was reported that 7.7 million liters of beer were served. Visitors also enjoy numerous attractions such as amusement rides, sidestalls, and carnival games, and there is traditionally a wide variety of regional foods available.

The festival originated on October 12, 1810, in celebration of the marriage of the crown prince of Bavaria, who later became King Louis I, to Princess Therese von Sachsen-Hildburghausen. It concluded five days later with a horse race held in an open area that came to be called Theresienwiese. The following year, the race was combined with a state agricultural fair, and in 1818 booths serving food and drink were introduced. By the late-20th century, these Oktoberfest booths had developed into large beer halls made of plywood, with interior balconies and bandstands. Traditionally, each of the Munich brewers erects one of the temporary structures, with seating capacities of some 6,000, and the breweries are also represented in parades that feature beer wagons and floats along with people in folk costumes. The mayor of Munich consequently taps the first keg to open the festival, and although this year's Oktoberfest has been canceled due to the pandemic, the event generally draws more than six million people each year.

Okoberfest by the Numbers will be presented at 2 p.m. on October 11, with a Zoom link to the event sent on Saturday to those who reserve tickets. The presentation is free, although donations are greatly appreciated, and more information is available by calling (563)322-8844 or visiting GAHC.org.