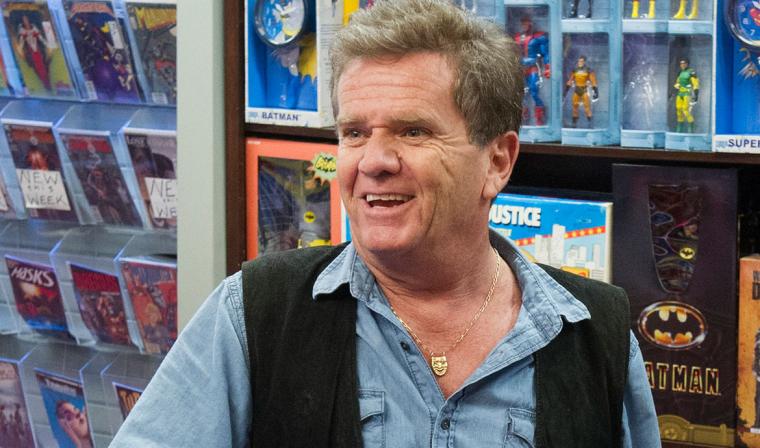 Comic books, video and board games, tournaments, cosplay competitions, and loads of special guests will be on hand when Bettendorf's TBK Sports Complex hosts the June 21 through 23 convention Planet Funk Con 2019, a weekend event housing entertainment and shopping opportunities for connoisseurs and collectors of all ages.

After eight years titled QC Planet Con, 2018 brought about the newly named Planet Funk Con, a weekend spectacular co-presented by Mellow Blue Planet and What's That Funk – that boasted 4,000 attendees, 90 vendors, nearly two dozen special guests, two cosplay competitions, two video-game tournaments, and 100 tabletop games. With this year's convention taking place over three days instead of two, Planet Funk Con 2019 promises an even greater scope, more vendors and varieties of events, and nearly 40 special guests running the gamut from authors to illustrators to film and television stars both in front of and behind the screen.

This year, music will be provides by the house-music artists of Neux, the dance-music masters DJ Vamp, Floydstir, DJ Buddha, and DJ FlowerEater, with the Quad Cities' outfit The Tripp Brothers serving as Saturday night's headliners. Beyond escape rooms, laser tag, and bowling, the scheduled activities include: “Re-Creating the Past with the Shire of Dar River” with the living-history group The Society for Creative Anachronism; “Stomp Rockets with the Family Museum”; “Quidditch with Odin's Ravens”; and “Foam Fighting with Beornve.” And at present, 38 special guests and/or entertainment companies will be on hand to greet fans, answer questions, and sell merchandise, with the guest list ranging from local talents to internationally recognized artists.

Tickets to the June 21 through 23 Planet Funk Con 2019 are $20 per day, $50 for a weekend pass, and $125 for a weekend pass with after-party bonuses. The convention's vendor floors are open from 10 a.m. to 6 p.m. on Friday and Saturday and 10 a.m. to 4 p.m. on Sunday, and more information on the weekend is available by visiting PlanetFunkCon.com.