“The Play with Rocky Bleier,” June 25 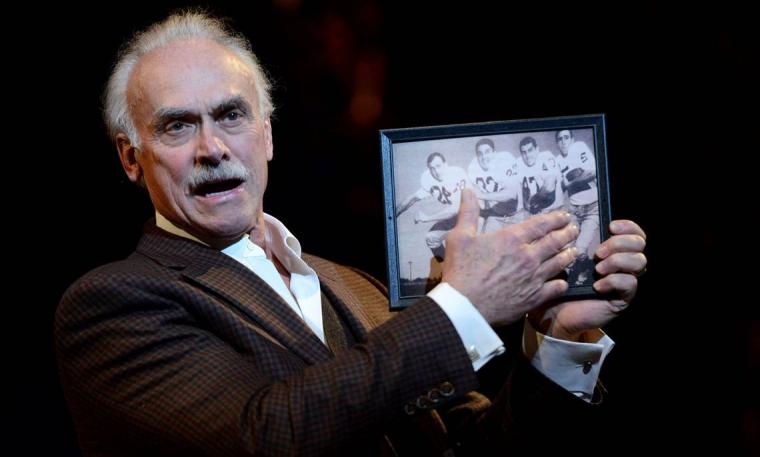 An acclaimed author, public speaker, radio host, and former halfback for the Pittsburgh Steelers, Rocky Bleier takes the stage at Davenport's Rhythm City Casino Resort Event Center for the touring sensation The Play with Rocky Bleier, a special June 25 event in which the guest will take audiences from his early years through his professional career and talk about the lessons he learned along the way.

Born in Appleton, Wisconsin, in 1946, Bleier was a three-time all-state selection as a running back, and won all-conference honors at both linebacker and defensive back. He played college football at the University of Notre Dame, graduating in 1968 with a degree in business management, and during his junior season in 1966, the Fighting Irish won the national championship and Bleier was a team captain as a senior in 1967. He was eventually selected in the 16th round of the 1968 NFL/AFL Draft by the Pittsburgh Steelers, but after his rookie season with the team, Bleier was drafted into the U.S. Army on December 4 of 1968.

He volunteered for duty in South Vietnam and shipped out for Vietnam the following May, and on August 20, while on patrol in Hiep Duc, Bleier was wounded in the left thigh by an enemy rifle bullet when his platoon was ambushed in a rice paddy. While he was down, an enemy grenade landed nearby after bouncing off a fellow soldier, sending shrapnel into his lower right leg. He lost part of his right foot in the blast, as well, and was later awarded the Bronze Star and Purple Heart.

While recovering in a hospital in Tokyo, doctors told him that he could not play football again. Soon after, however, he received a postcard from Steelers owner Art Rooney which simply read, "Rock – the team's not doing well. We need you. Art Rooney." Bleier later stated, "When you have somebody take the time and interest to send you a postcard, something that they didn't have to do, you have a special place for those kinds of people". After several surgeries, Bleier was discharged from the military in July 1970, and began informal workouts with Steeler teammates before officially rejoining the camp.

Bleier played in the first four Steeler Super Bowl victories, and caught the touchdown pass from Terry Bradshaw that gave Pittsburgh a lead it would never relinquish in Super Bowl XIII. He also recovered Dallas' onside kick in the closing seconds, sealing the Steelers' victory. Bleier retired from the Steelers after the 1980 season with 3,865 rushing yards, 136 receptions for 1,294 yards, and 25 touchdowns. At the time of his retirement, he was the Steelers' fourth all-time leading rusher.

A gripping tale of courage on both the football fields of America and the battle fields of Vietnam, The Play with Rocky Bleier has held audiences in rapt attention for years, and delivering his program with the same optimism, sense of humor, and steadfast determination that were his trademarks as a football legend, Bleier details how ordinary people can become extraordinary achievers and redefine success in the new American century.

The Play with Rocky Bleier will be presented in the Rhythm City Casino Resort Event Center at 8:30 p.m. on June 25, with general-admission tickets $35-65 and $100 VIP Meet & Greet tickets including call drinks, appetizers, and photo and autograph opportunies available. For more information on the night, call 563-328-8000 and visit RhythmCityCasino.com.