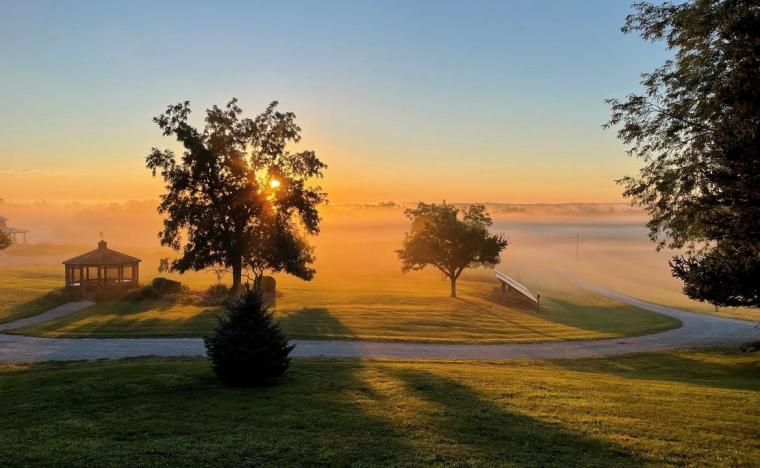 PrairieFest at the Our Lady of the Prairie Retreat -- September 24.

Our Lady of the Prairie Retreat, 2664 145th Avenue, Wheatland IA

Beloved for offering an expansive site for respite and reflection, Wheatland, Iowa's Our Lady of the Prairie Retreat is revered for its beautiful grounds that include gardens, fields, timber, trails, a labyrinth, a nature pond, and a soothing Retreat Center. It's a lovely oasis of quiet where a monthly get-together is actually called "Come to the Quiet." Yet on September 24, visitors will actually be treated to five hours' worth of sounds. Beguiling, diverse, supremely musical sounds.

That Saturday, in the retreat's inaugural PrairieFest, guests will, as always, be welcome to traverse the grounds at their leisure, and do so free of charge. But they'll also be treated to live music from a septet of gifted local performers and bands of varied styles, the event designed to both showcase their talents and introduce – or re-introduce – attendees to the significant pleasures of the Prairie.

Although he serves of the festival's organizing committee and was primarily responsible for the musical lineup, Tom Brooke – lead vocalist for popular area band Identity Crisis – says, “I can't take credit for PrairieFest. This was Todd Seifert, who's the interim director at the Prairie,” and also its operations manager.

“When I came on the advisory committee for the Prairie over a year ago,” says Brooke, “one of the first things Todd said was, 'I really want to do a big music festival out here.' You know, they'd been doing open houses and these kinds of calm, quiet events in which people come out and visited the Retreat Center. But Todd was like, 'We've got all this space … why don't we do a musical festival where we can bring out artists and get people to spend the day out here enjoying themselves?'

“I think he actually came up with the idea right after the pandemic happened,” Brooke continues. “Obviously, they weren't able to do it that first year, and last year, there was still some uncertainty. But we started talking about it seriously last summer, and thought, 'How about next year?' And I said, 'Absolutely we should do this.' I mean, besides getting people to come out to the Prairie and seeing what we're about, live music really got hit hard – the pandemic just pretty much crushed it. I'm in a band, and we didn't play for a full year.”

Serving as the organizer in charge of the live-music schedule was a new experience for Brooke. “I'm usually on the performance side of things,” he says. “But I really liked trying to figure out who to call as far as artists were concerned and putting the feelers out there.

“I mean, we started from ground zero,” Brooke continues. “We didn't know anybody; I didn't know who to call. But the first thing I wanted to do was make sure that we had a very wide variety of different artists playing at the PrairieFest. I didn't want to get, like, 10 folk artists, you know? I mean, sure, if it's a folk-music festival, that's fine. But we're trying to get a lot of different people to check the place out, so I thought, 'Let's get as many different musical styles as we can possibly put together.'” 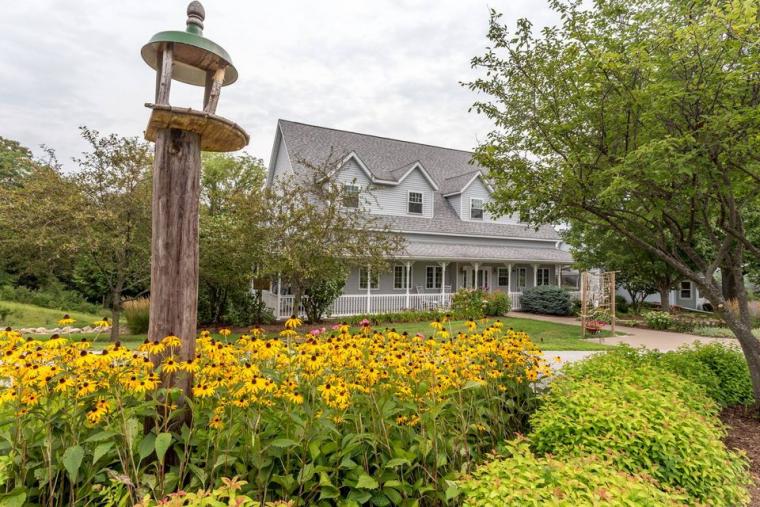 Some of the artists, Brooke says, were suggested by other advisory-committee members. Some were recommended by area singer/songwriter Lewis Knudsen, who books acts at LeClaire's Mississippi River Distilling Company. One of them – 10 of Soul bandmate Dwayne Hodges – was a friend whom Brooke knew from high school. “But I will meet most of these artists face-to-face for the first time at the actual PrairieFest,” says Brooke. “I've mostly had either phone or e-mail communication with the bulk of these artists.”

Regardless, Brooke says, “I knew I didn't want the same old, same old. I wanted unique-sounding artists who all had their own style.” He got his wish, with PrairieFest's September 24 lineup boasting: gospel and spiritual music with Dwayne Hodges at 11 a.m.; Americana and folk with Wes Wells at 11:45 a.m.; country-Western with Angela Meyer at 12:30 p.m.; folk rock with Troy Troftgruben's Strings & Harmony at 1:15 p.m.; classic rock with Levi Craft at 2 p.m.; contemporary pop and soul with The Voice contestant Charlotte Blu at 2:45 p.m.; and bluegrass with the Quarter Moon Tinsnips at 3:30 p.m.

“I thought seven was the most we could fit into PrairieFest without being, like, 'Okay, you can play for five minutes,'” says Brooke with a laugh. “I mean, you can't do that to artists. With the amount of time we had for the event, with breaks for re-setting of the sound, I figured we could probably do six or seven. So I got in touch with all of the artists and told them what we were planning, and they were all in.”

In addition to treating visitors to five hours of exceptional music with adored artists, PrairieFest will, Brooke hopes, provide guests with a sense of what has made the Our Lady of the Prairie Retreat (located roughly 40 minutes outside of Davenport ) such a welcome and restorative destination site – “especially,” Brooke says, “in this day and age.

“I mean, we got out of the pandemic, and first thing everyone seemed to think about was going back – as fast as possible – going back to the way things were before the pandemic, you know? You would've hoped the pandemic would at least have given people kind of a pause and a chance to reflect: Is this breakneck pace we're going in really benefiting everybody?

“I mean, I don't know. That's a bigger question than I can answer. But I did hope that the slow-down would make people reflect on the rat race.” He laughs. “And I'm not sure that it did. It just became, 'How quickly can we get back to this normal that we were in before, even though it was miserable? I want to get back to it as fast as I can! No more of this sitting-around-and-being-peaceful stuff!'

“But I think it's essential to have a place where you can go and kind of reflect on nature and the beauty of the land,” says Brooke. “And Todd's done a great job of cultivating that out there and creating this place to get away that really isn't that far away. You know, we all think about going down to the river or a lake or somewhere like that. But we don't always think about going out in the middle of the farmland or a prairie area and taking that all in – and there's something to that, too. So hopefully we'll get people out there and they can look around and see what it's like. And then come back.”

PrairieFest will take place from 11 a.m. to 4 p.m. on September 24, admission is free, and guests are invited to pack their own picnics, though food from Smokin' Butt BBQ will be available for purchase. For more information on the event, call (563)374-1092 and visit CHMIowa.org.