“Preserving a Dyeing Art: German Blueprint,” through May 21 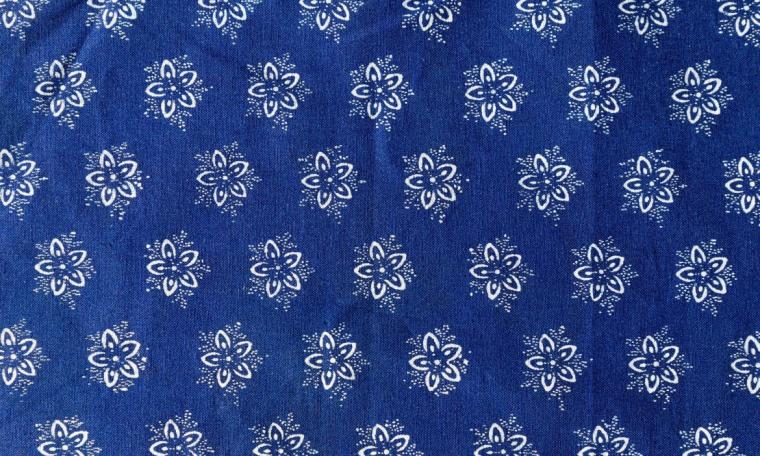 “Preserving a Dyeing Art: German Blueprint" at the German American Heritage Center -- through May 21.

The traditional German and Austrian art of Blaudruck – the dyeing process for linen or cotton fabrics that creates a white pattern on a blue background – will be showcased at Davenport's German American Heritage Center through May 21, with guests invited to explore both history and art in the exhibition Preserving a Dyeing Art: German Blueprint.

Textile fabrics were initially only dyed with pigments, which adhere to the fibers without penetrating them. By the time of Pliny the Elder, the Egyptian Copts, India, and Java were already familiar with the use of reserve techniques to dye textiles. Since its description left questions unanswered, the process was not used in Europe. It was not until 1894, when material was found in the tomb of Bishop Caesarius of Arles, that the text written by Pliny was understood. Meanwhile, the proceedings were by travelers in connection with the Dutch East India Company came to Europe. It spread rapidly from there at the end of the 17th century after the founding of a calico printing works in Amsterdam in 1678. The first reserve printing blueprint in Germany was made by Jeremias Neuhofer in Augsburg in 1689 or 1690, but the technique spread quickly.

Reserve pressure was not common in Europe in the Middle Ages, because the warm vats with woad easily dissolved the reserve substances wax and glue. Pure indigo vats, on the other hand, could be used for cold dyeing, and better protective reserves were also developed after 1700; the oldest recipe for this so-called Papp is handed down in a Dutch diary from 1727. In 1734, a guild for blue and whitening crafts was founded in Minden-Ravensberg, with other guilds coming into being by the beginning of the 19th century. Initially, only linen fabrics were printed, and since the 18th century, also half-linen and -cotton fabrics, especially for bed linen, curtains, and women's clothing. The craft of blueprinting gained momentum in the 18th century, and today, there are two traditional companies in Austria: Blaudruck Wagner in Bad Leonfelden in the Mühlviertel region of Upper Austria and Blaudruckerei Koó in Steinberg-Dörfl in Burgenland. Meanwhile, the Gutau Dyer Museum (also in the Mühlviertel) has been devoted to the art of blueprinting since 1982.

Preserving a Dyeing Art: German Blueprint will be on display at the German American Heritage Center through May 21, with regular venue hours Tuesdays through Saturdays from 10 a.m. to 4 p.m. and Sundays from noon to 4 p.m. Exhibit entrance is free with $3-5 museum admission, and more information is available by calling (563)322-8844 and visiting GAHC.org.