“'Return into Your Prison Now!' The Long Battle for Beethoven's 'Fidelio,'” January 26 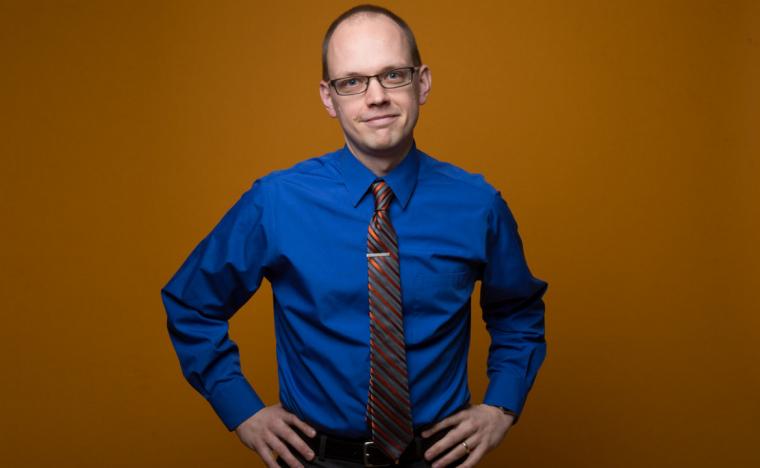 Over a legendary career that produced nine symphonies, 16 string quartets, and 32 piano sonatas, Ludwig van Beethoven completed only one opera, and the story of its creation – and the immense toll it took on its composer – will be told in the German American Heritage Center's“Return into Your Prison Now!” The Long Battle for Beethoven's 'Fidelio,' a January 26 presentation by noted Quad Cities composer and Augustana College associate professor Dr. Jacob Bancks.

Fidelio tells of how the intrepid Leonore, disguised as the prison guard named "Fidelio", eventually rescues her husband Florestan from death in a political prison. The scenario fits Beethoven's aesthetic and political outlook as a story of personal sacrifice, heroism, and eventual triumph. Yet the finished 1814 work had a long and complicated history of composition, having gone through three separate versions during Beethoven's career, with some of the music first written as part of an earlier, never-completed opera. After Fidelio's initial, 1805 debut, Beethoven was pressured by friends to revise and shorten the three-act opera into just two acts, which he finally did with the help of librettists Stephan von Breuning and, in particular, Georg Friedrich Treitschke. Jacob Bancks' “Return into Your Prison Now!” presentation will detail the work's fascinating journey to completion, and suggest why, in a letter to Treitschke, Beethoven wrote, “"I assure you, dear Treitschke, that this opera will win me a martyr's crown. You have by your co-operation saved what is best from the shipwreck. For all this I shall be eternally grateful to you.”

With his works praised by the New York Times as “colorfully orchestrated” and “invitingly lyrical,” Bancks serves as an associate professor of music at Augustana and directs the choir of St. Paul the Apostle Catholic Church. In addition to writing program notes for the Quad City Symphony Orchestra and co-hosting a monthly educational program on WVIK public radio, Bancks has composed frequently for local ensembles including the Moline High School Orchestra, the Quincy Symphony, and Trinity Episcopal Cathedral. Recordings of his music have been released by American Modern Recordings and broadcast on BBC Radio 3, American Public Media’s Performance Today, and WFMT-Chicago Classical Radio, and on May 10, the Quad City Symphony will stage his first opera Karkinos, co-commissioned by Living Proof Exhibit and inspired by in-person interviews with people whose lives have been impacted by cancer. Other current projects include a large cycle of solo piano music for pianist Kuang-Hao Huang and a concerto for clarinetist Ricardo Morales, co-commissioned by the Quad City Symphony and the Philadelphia Orchestra.

Jonathan Bancks presents “Return into Your Prison Now!” The Long Battle for Beethoven's 'Fidelio' at the German American Heritage Center on January 26 at 2 p.m., the program is free with $3-5 admission, and more information is available by calling (563)322-8844 or visiting GAHC.org.