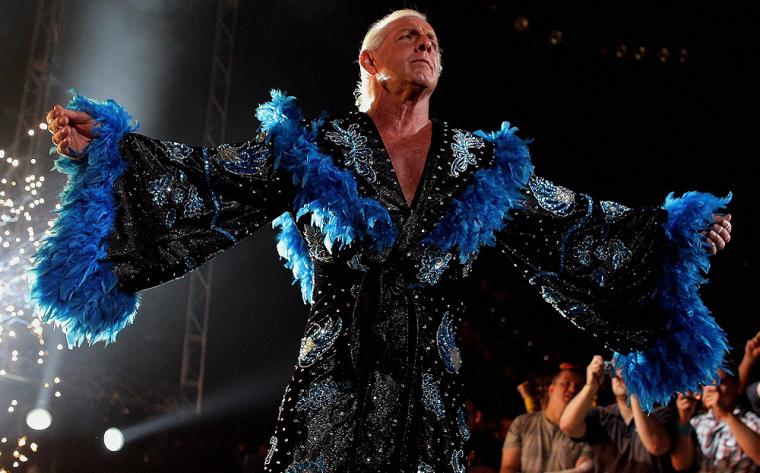 Delivering what Moeller Nights bills as “a weekend of professional wrestling, world-class comedy, and part rock-and-roll,” retired WWE sensational Ric Flair headlines a special two-night event at East Moline's The Rust Belt on May 31 and June 1, a Turnbuckle and SCW Fitness presentation celebrating the sports legend whose credits include an appearance in Magic Mike XXL and serving as the subject for ESPN's 30 for 30 episode “Nature Boy.”

Ranked by multiple peers and journalists as the greatest professional wrestler of all time, Flair had a career that spanned 40 years, and is noted for his tenures with Jim Crockett Promotions, World Championship Wrestling, the World Wrestling Federation, and Total Nonstop Action Wrestling. Since the mid-1970s, he has used the moniker “The Nature Boy.” A major pay-per-view attraction throughout his career, Flair headlined at the premier annual NWA/WCW event Starrcade on 10 occasions, while also co-headlining its WWF counterpart WrestleMania in 1992 after winning that year's Royal Rumble. PWI awarded Flair their Wrestler of the Year award a record six times, while Wrestling Observer Newsletter named him Wrestler of the Year a record eight times. The first two-time WWE Hall of Fame inductee, Flair was first inducted with the class of 2008 for his individual career, and again with the class of 2012 as a member of The Four Horsemen. He is also a member of the NWA Hall of Fame, Professional Wrestling Hall of Fame, and Wrestling Observer Newsletter Hall of Fame.

Ric Flair's May 31 and June 1 evenings at The Rust Belt begin at 7 p.m., admission is $40-100, and more information and tickets are available by visiting MoellerNights.com.