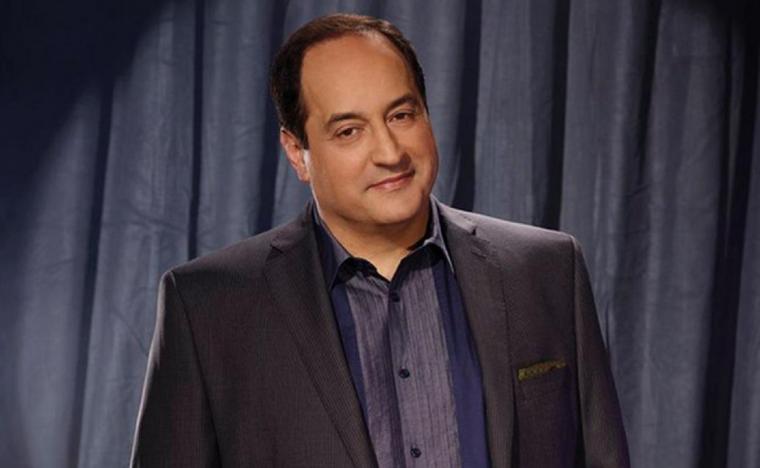 Well-known for being a top-fve finalist in the eighth season of NBC's Last Comic Standing, beloved comedian Rocky LaPorte brings his latest standup set to Davenport's Rhythm City Casino Resort Rhythm Room on January 16, the performer famed for being one of only a few comedians to ever receive a standing ovation on The Tonight Show with Jay Leno.

A veteran of such esteemed comedy cubs as Catch a Rising Star, Caroline's, and The Laugh Factory, LaPorte is a former Chicago truck driver and dock worker whose calling into the world of professional comedy began in the late 1980s with appearances on The Pat Sajak Show and The Magic Johnson Show, as well as a guest spot on Cheers. In 2005, he had his own stand-up special on Comedy Central Presents, and after comedian Tim Allen watched the standup on The Tonight Show, he claimed LaPorte to be his "favorite new comic." Allen consequently brought LaPorte out to perform in his 2006 film comedy The Shaggy Dog, and the comedian went on to perform for troops in Iraq with Drew Carey, the trip turning into the Showtime film Patriot Act: a Jeffrey Ross Home Movie.

Having opened for the likes of Garry Shandling, Drew Carey, Tim Allen, Louie Anderson, Hootie & the Blowfish, and the Righteous Brothers, LaPorte's clean, blue-collar style of comedy continues to increase in popularity as he travels the country, and led to his being a featured comic on Showtime's The Godfathers of Comedy, a special starring five of America's most hilarious Italian-American funnymen. In addition to his season-eight tenure on Last Comic Standing, also appeared with Allen again in the 2010 comedy Crazy on the Outside, and his observational-comedy performances include sets on A&E's Evening at the Improv and VH1's Stand-Up Spotlight.

Rocky LaPorte performs in the Rhythm City Casino Resort Rhythm Room on January 16, admission to the 7 p.m. show is $15, and more information and tickets are available by calling (563)328-8000 and visiting RhythmCityCasino.com.