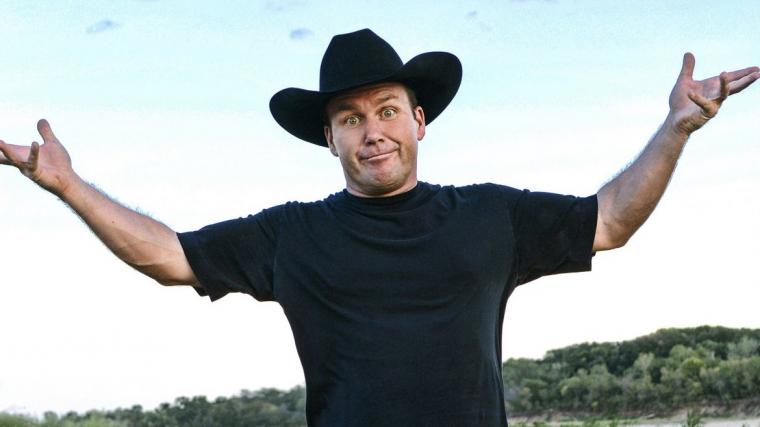 Making an eagerly anticipated stop at the Rhythm City Casino Resort Event Center in support of his chart-topping album Get Em Out, comedian and singer/songwriter Rodney Carrington shares his standup and vocal talents in two performances on March 5, demonstrating the country-themed gifts that have made him an internationally touring crowd favorite and platinum-selling recording artist.

Carrington lived in Longview, Texas until age 22, performing standup at area venues and gaining exposure through radio programs such as The Bob & Tom Show. His first album Hangin' with Rodney, composed of both standup comedy and original songs, was released in 1998 via Mercury Records Nashville and peaked at number 73 on Billboard's Top Country Albums chart. The singer/comedian's next album, and first for Capitol Nashville, was 2000's Morning Wood, which brought Carrington to Billboard's singles charts for the first time with “More of a Man,” reached number 71 on Hot Country Singles & Tracks (now titled Hot Country Songs), and was followed by the artist's first and thus-far only live album Live: C'mon Laugh You Bastards.

Carrington's next release, 2003's Nut Sack, included a single (“Don't Look Now”) that reached number 60 on Billboard's charts, and 2004's Greatest Hits package – composed of selections from all three of his Capitol Nashville recordings – was unusual in that it boasted stand-up routines on one disc and songs on the other. That same year found Carrington making his acting debut in Rodney, a sitcom based largely on his own life that aired on ABC for two seasons. He followed his TV tenure with roles in the films Beer for My Horses, The Longest Yard, and A Million Ways to Die in the West, and Carrington's subsequent albums have included King of the Mountains, El Niño Loco, Laughter's Good, Here Comes the Truth, and the holiday album Make It Christmas, which peaked at number 56 on Billboard's U.S. Country chart. With his 2019 release Get Me Out hitting the number-one spot on iTunes, Carrington is also the author of Rodney Carrington: Coming Clean, and has been cited as one of the 10 highest-grossing touring comedians over the past 10 years.

Rodney Carrington performs at the Rhythm City Casino Resort Event Center at 7:30 and 9:30 p.m. on March 5, tickets are $45-55 and must be purchased in seats of two or four, and reservations are available by calling (563)328-8000 and visiting RhythmCityCasino.com.