“Rube Goldberg: The World of Hilarious Invention!”, September 28 through January 5 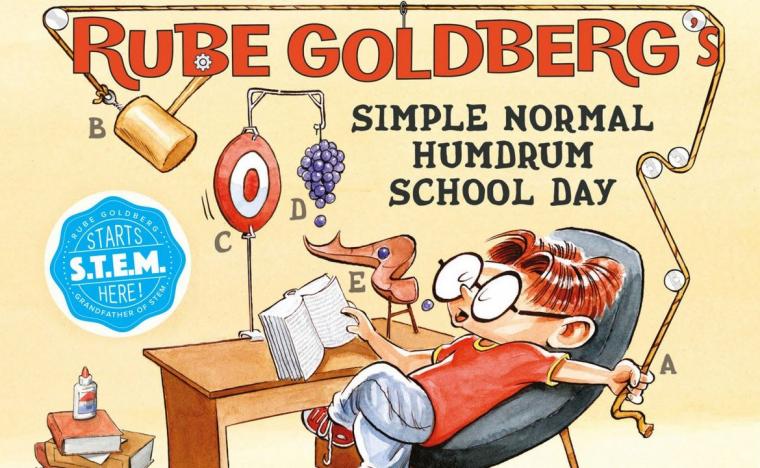 Patrons of Davenport's Putnam Museum & Science Center are invited to view fantastically ridiculous machines, and dream up some of their own, in the venue's Rube Goldberg: The World of Hilarious Invention!, the new traveling exhibition that opens on September 28 and showcases the legendary Rube Goldberg’s iconic contraptions, imaginative illustrations, and humorous storytelling.

An American cartoonist, sculptor, author, engineer, and inventor, Goldberg is best known for his popular cartoons depicting complicated gadgets performing simple tasks in indirect, convoluted ways. The cartoons led to the expression “Rube Goldberg machines” being used to describe similar gadgets and processes. Goldberg received many honors in his lifetime, including a Pulitzer Prize for political cartooning in 1948 and the Banshees' Silver Lady Award in 1959. He was a founding member and first president of the National Cartoonists Society and the namesake of the Reuben Award, which awards an annual Cartoonist of the Year prize. Goldberg is also the inspiration for international competitions known as Rube Goldberg Machine Contests, in which participants are challenged to create complicated machines that perform simple tasks.

Created by the Children’s Museum of Pittsburgh in partnership with the Heirs of Rube Goldberg, Rube Goldberg: The World of Hilarious Invention! employs authentic 3D recreations inspired by original Rube Goldberg illustrations with newly created interactive components, designed and built to convey the humorous narratives and inventive thinking that embody Goldberg's work. His contraptions become not only an entry point for deeper exploration of themes related to storytelling, but to the way things work. The exhibit includes original Ed Steckley illustrations from Jennifer George's award-winning children’s book Rube Goldberg’s Simple Normal Humdrum School Day, a collection of responsive chain-reaction exhibits, and videos featuring the latest chain-reaction machines from all around the world, all of which help tell the bigger story of Rube Goldberg’s legacy. Putnam guests can also activate and create crazy chain-reaction contraptions that use everyday objects to complete simple tasks in the most overcomplicated, inefficient and hilarious ways possible.

Rube Goldberg: The World of Hilarious Invention! can be experienced at the Putnam Museum & Science Center from September 28 through January 5, with regular museum hours 10 a.m. to 5 p.m. on Mondays through Saturdays and noon to 5 p.m. on Sundays. Entrance to the exhibit is free with $8-9 admission, and more information is available by calling (563)324-1933 or visiting Putnam.org.