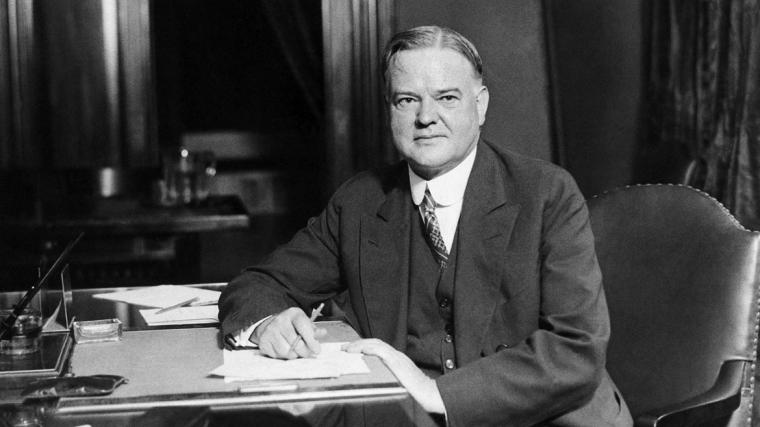 Delivered as part of the Davenport Public Library's virtual 3rd Thursday at Hoover's Presidential Library & Museum programming, the April 15 Zoom webinar Shaping a Presidential Imagine: The Curious Case of Herbert Hoover will boast an expansive and historically fascinating presentation by Dr. George H. Nash, the Hoover biographer best-known for his 1976 book The Conservative Intellectual Movement in America Since 1945.

A politician, businessman, and engineer who served as the 31st president of the United States from 1929 to 1933, Hoover preceded his presidential tenure during the Great Depression by leading the Commission for Relief in Belgium, serving as the director of the U.S. Food Administration, and acting as the third U.S. Secretary of Commerce. After losing his bid for president during the 1920 election, newly elected Republican President Warren G. Harding appointed Hoover as Secretary of Commerce, and Hoover continued to serve in that position under President Calvin Coolidge after Harding died in 1923. An unusually active and visible cabinet member, Hoover became known as “Secretary of Commerce and Under-Secretary of all other departments,” was influential in the development of air travel and radio, and led the federal response to the Great Mississippi Flood of 1927. While Hoover won the Republican nomination in the 1928 presidential election and decisively defeated Democratic candidate Al Smith, the stock market crashed shortly after Hoover took office, and the Great Depression became the central issue of his presidency. Hoover pursued a variety of policies in an attempt to lift the economy, but he was, and remains, a controversial figure for opposing the involvement of the federal government in Depression-era relief efforts.

Webinar presenter Nash graduated from Amherst College in 1967 and received his Ph.D. in History from Harvard University in 1973. An independent scholar who lectures and consults nationwide, Nash lived in Iowa from 1975 to 1995 to work at the Herbert Hoover Presidential Library, where he wrote three volumes of a definitive, scholarly biography that was commissioned by the Herbert Hoover Presidential Library Association. He did research in hundreds of manuscript collections and archival sources in the United States, Canada, Europe, and Australia, and published numerous essays on Hoover, also writing and editing an introduction to 2011's Freedom Betrayed: Herbert Hoover's Secret History of the Second World War and Its Aftermath. Nash's essays have appeared in the American Spectator, the National Review, the New York Times Book Review, Policy Review, the Wall Street Journal, and other periodicals, and he has lectured at venues including the Library of Congress, the National Archives, and the Herbert Hoover, John F. Kennedy, and Lyndon Johnson presidential libraries.

Shaping a Presidential Imagine: The Curious Case of Herbert Hoover will be presented via Zoom webinar at 6 p.m. on April 15, the event is free to the public, and registration is available through the Davenport Public Library Web site. For more information on the virtual program and the monthly 3rd Thursday at Hoover's series, call (563)326-7832 and visit DavenportLibrary.com.