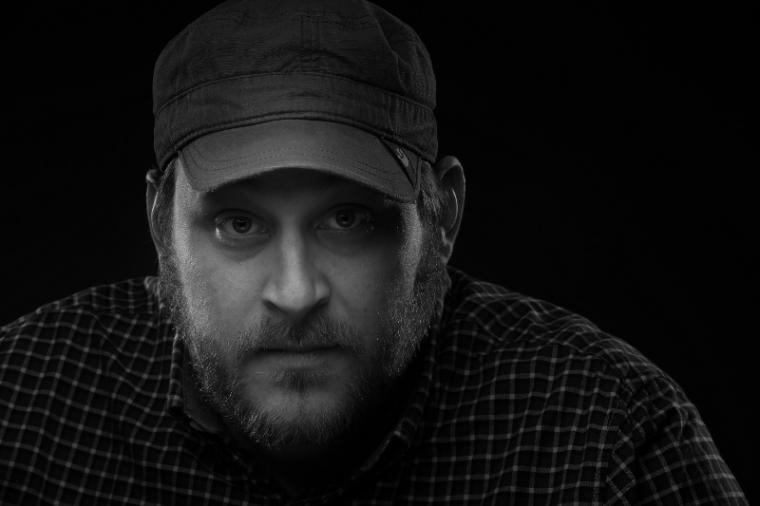 Small organizations tend to reflect the personalities of their leadership, and that’s certainly true of the Midwest Writing Center and its executive director, Ryan Collins.

Collins, now in his fifth year running the group, is not what one would call an exciting speaker. He doesn’t oversell the center’s accomplishments or agenda, and he doesn’t really sell it at all. In an 80-minute interview late in the summer – in anticipation of the Midwest Writing Center’s move from the Bucktown Center for the Arts to the Rock Island Public Library – he simply and effectively described the organization’s “slow and steady” expansion over the years.

“It feels like slow-moving lava,” he said. “And that’s okay, as long as it’s moving in the right direction. ...

“We’re a small organization that’s trying to cast a big shadow. That’s why I want to keep the range and hours of the programming up.”

Collins said his annual benchmarks for the organization are 300 hours of programming with 3,000 people served – goals that the center has met for the past several years. That’s remarkable for a not-for-profit with annual expenditures well under $100,000. There’s also the SPECTRA poetry-reading series at Rozz-Tox (now in its fifth year), which includes an open-mic component. “It’s provided a lot of people opportunities to read with pros, which isn’t necessarily an opportunity they get at [other] open mics. I know [that for] some people it’s helped their work.”

The Midwest Writing Center press has released more than three-dozen publications, including 11 volumes of The Atlas youth literary magazine and several winners of the center’s chapbook contest. In October, it published the mystery Clouds Over Bishop Hill by Mary R. Davidsaver – the first book selected through a committee process.

“We’ve published other books, but we’ve never quite done one this way,” Collins said. “The objective was to find a book to publish through the writing conference, someone who was attending the writing conference. And we did that; they happened to be local. We hope to be doing more of that.”

A Marriage of Readers and Writers

The Midwest Writing Center (MWC) was created in 1973 – one of its co-founders was David R. Collins, Ryan’s uncle – and first had a physical location in 2002, in the District of Rock Island. It bought a condo in Bucktown in 2005. The sale by MidCoast Fine Arts of its majority stake in the building – to Y&J Properties for new downtown-Davenport housing – was the impetus for the MWC’s relocation to the library.

Although the move was completed last month, the new MWC is still a work in progress, with packing boxes the defining feature of the two-room library space last weekend. Collins said that because the MWC’s October calendar included 14 events – including the Children’s Literature Festival at the RiverCenter – the new location was a secondary priority.

Until now, the Midwest Writing Center has been a neighbor to the visual arts – in Bucktown and before that next to MidCoast Gallery West. While Collins said the physical presence of the MWC has been good for both visibility and programming, the Rock Island Library represents a more-natural fit.

“We’re hoping that this will be a good marriage of readers and writers,” he said in August. “Pretty much anything you’re going to get out of the library somebody wrote. ... So we’re hoping to tap into that. ... It’s somewhere people are already coming, ... expecting to find that kind of programming. We can just make ourselves available in that context more, and that will help build up some visibility and build some relationships.”

But Collins doesn’t expect that to just happen by being in the library, and his vision for the MWC is expansive. In our summer conversation, he discussed a business-communications initiative and a hope for writing programs in local schools.

He made a strong case that the MWC isn’t – and shouldn’t be – just a place for literary types to toil on their novels or poetry. Writing, he emphasized, is essential to everybody.

“It’s a skill most people, in some shape or form, possess,” he said. “An ability. It can be a skill. It can be sharpened into a skill. ... I don’t know anyone who’s gotten worse for becoming a better writer. But I can think of all kinds of ways in which people have improved, even if it’s their own state of mind or their own opinion of themselves.”

“Writing is one of those skills that’s creative, practical, professional,” Collins explained, discussing the wider range of programming the MWC hopes to offer.

While most people have little interest in writing poems, he said, the skills one can get from a poetry class are widely applicable. “You learn to compress your language,” he said. “You learn word choice. You learn effect. You learn how to modulate tone. Those things help when I write grants – when I get 500 characters or half a page to explain a program a year in the planning. It helps when you write a résumé; you make a case for yourself in a small space. I’m hoping we can do more programs that transfer those skills.”

For example, he said, the MWC has been developing a questionnaire for small businesses to evaluate their internal communications. In the long run, he said, the center hopes to offer classes and workshops at companies to improve business-communication skills. A 2008 study commissioned by Cognisco estimated that 400 American and United Kingdom companies with more than 5,000 employees lost tens of billions of dollars because of poor communication.

“We just want to get a sense of what the needs might be,” Collins said. “We want to try to serve as much of the community as possible. ... If that’s a thing that’s a problem, we have people who are involved at the center who can address it.”

Of course, one barrier is that many people have an attitude that “I don’t have to write,” Collins said. But written and verbal communication is crucial to nearly every job – from sales to nursing to policing.

“They’re already using language,” he said. “It’s in their best interest to be able to use it more dextrously, more creatively, more proficiently, more succinctly.”

And better communication skills also make people better consumers of media – from news articles to advertising. “It gives them an opportunity to be able to read into language – like advertising, marketing, sales – that’s meant to put someone in between you and your dollar or you and your time or you and your other interests. You’re less susceptible to that.”

But it’s important for the MWC, he stressed, to make a connection with people. Collins said he’s given presentations to the entire seventh-grade class at Wilson Middle School in Moline, and he’s started by showing them an introduction to the 2014 BCS national-championship game between Auburn and Florida State – which featured a poem by Jake Adam York over typical football images.

“A lot of people don’t put two and two together,” he said about the prevalence of poetry in pop culture, also noting a 2014 Super Bowl ad by Maserati narrated by Oscar nominee Quvenzhané Wallis.

“They’re not thinking poetry and football,” Collins said of students. “You show them poetry and football. Talk about it a little bit. Have them do some simple writing exercise. Make it low-stakes. Give them an opportunity to be ridiculous or fail. Write something strange or nonsensical. But they’re saying something. Hopefully it’s a little bit fun. From there they’ve got a more-positive experience with this kind of weird writing.”

The Midwest Writing Center, he said, does have resource limits, with a small budget, Collins as the only paid regular staff, and a full slate of programming already on the books. So while he does have plans to work with schools on writing programs, they’d probably start small – such as a pilot project next fall in one after-school program.

“I’d like to be doing this all around the Quad Cities,” he said. “And I know there are writers around here who would like the chance to get trained up as teaching artists. ... These are all kind of long-term projects we’re looking at. ...