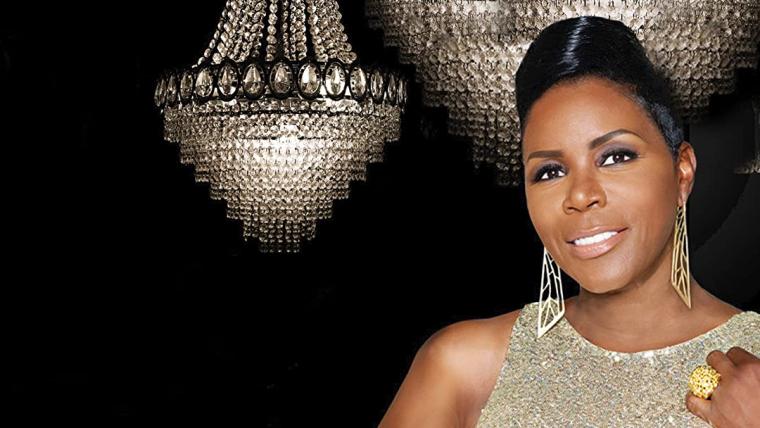 “Sommore & the Queen's Men Pre-Mother's Day Comedy Show" at the Adler Theatre -- May 7.

Music, mirth, and loads of laughs will be on hand at the Adler Theatre when the touring production Sommore & the Queen's Men Pre-Mother's Day Comedy Show lands in Davenport on May 7, the event's headliner a frequent BET presence who was one of the four female comedians that co-starred in the legendary The Queens of Comedy tour and subsequent film.

Known as the "Diva of Contemporary Comedy," Sommore's comedic style features biting sarcasm and frank discussions about money, sex, and equality (and inequality) between the genders, with the artist initially gaining fame in 1994 as the first female host of the long-running Black Entertainment Television stand-up showcase ComicView. Raised in Trenton, New Jersey, the comedian born Lori Ann Rambough graduated from Morris Brown College in Atlanta, Georgia, where she studied business administration. After receiving her degree, however, Sommore worked various jobs such as retail, employment consulting, and as an algebra instructor before progressing into her successful comedy career, which has led to he appearing in such films as Friday After Next, Soul Plane, and Dirty Laundry, and also receiving the prestigious Richard Pryor Award for Comic of the Year.

In 2001, Sommore and fellow female African-American comedians Mo'Nique, Laura Hayes, and Adele Givens were showcased on the hugely successful Queens of Comedy tour, which was subsequently filmed and aired on Showtime. With her residence primarily in Miami, Sommore has appeared on various programs including HBO's Def Comedy Jam, Showtime at the Apollo, and BET Live from L.A., and she has made guest appearances on television sitcoms including The Hughleys and The Parkers. Sommore has also appeared on the Comedy Central Roast of Flavor Flav, and starred in 2008's The Queen Stands Alone – a film version of her stand-up act that the artist wrote and produced through her entertainment company One Thousand Kisses, Inc. Her 2015 special Sommore: The Reign Continues, meanwhile, debuted on Netflix in 2018, and Sommore was a winning participant on the sixth season of Celebrity Fit Club, having lost 11 pounds through the course of the show.

Hosted by DJ Captain, Sommore & the Queen's Men Pre-Mother's Day Comedy Show will also feature sets by Damon Williams and TuRae Gordon, with music by St. Louis DJ Da Man. Tickets to the 8 p.m. event on May 7 are $45-105, and more information and reservations are available by calling (800)745-3000 and visiting AdlerTheatre.com.