The State of Things: Niabi Zoo 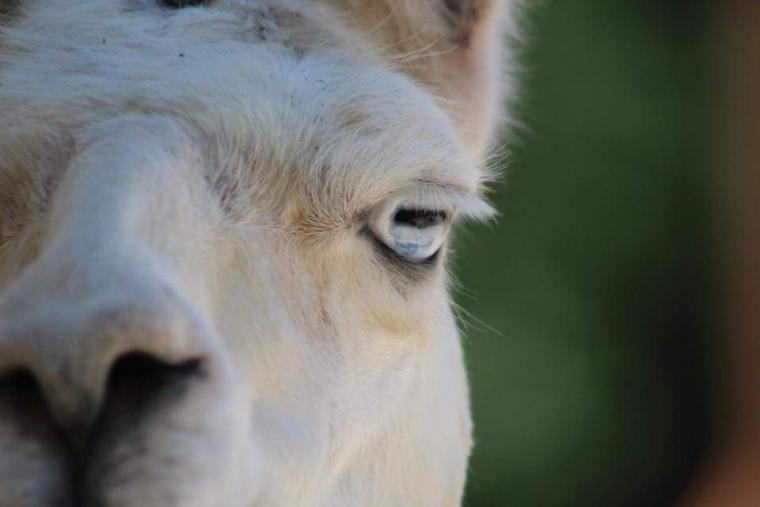 Lee Jackson, director of the Niabi Zoo in Coal Valley, discusses the zoo's operations during this period of social distancing. We spoke on Thursday, May 14.

Not much has changed as far as our daily operations. Our staff is still coming in. A number of our managers are working from home right now and only coming in once or twice a week for meetings or what have you. But we still have our maintenance team here, we still have our animal keepers – 11 full-time keepers. We utilize part-time and seasonal keepers, as well, but we're not utilizing those employees right now. And with our volunteer base, we've kind of stopped most of our volunteers at this time, too. Just for their health. The fewer people that are interacting, the better.

But for those of us who are here, we're doing the social distancing, we're wearing our PPE [personal protective equipment] – particularly with our primates and big cats, because we know that those animals can be susceptible to the virus, and to other viruses that humans carry. We're just trying to be careful; trying to keep everybody safe and healthy. But we need those visitors.

In terms of reopening, we're watching the metric that the state is putting out pretty closely. But there's still gonna be a lag time, and it's probably gonna take a couple of weeks after we get the good word to get everything ramped up again. We'll have to call back all the people that we've hired, and hire new staff, and get things working again.

Virtual Connections to the Zoo

We're still trying to stay engaged with the community and get some offerings out there, and we've got some virtual programming that's just started out.

With the new Virtual Zoo programs, they're basically adapted versions of some of our existing zoo classes and programs, and people can make appointments for them. They're something we've wanted to do for a while, actually. It was going to be a little further down the road; after we built up our staffing and got into the new season, we were gonna be working on this. But the current events kind of pushed it forward for us.

We're also doing storytimes [through the zoo's Facebook page and YouTube channel], reading books for young kids. We're talking about animals, we're doing some animal programs … . It's a way for us to still carry on things like “Animal Encounters” and other classes while we're shut down. And we want to keep those offerings coming, and let people know that we're thinking of them, and we still have a lot going on.

How to Support Niabi Zoo … and Each Other

Any donations or contributions that people can make would be really valuable to us at this time. Just over 30 percent of our operating expenses are covered by property tax. The rest is earned here on the zoo grounds through the gift shop, train rides, animal feedings, ticket sales, parking … things of that sort. So as you can see, being shut down is a tremendous hit to our operating budget. We're okay right now, but that's going to change the longer this goes on. So anything people can do to help us out and help us bridge this gap would be greatly appreciated.

Right now, we're trying to track and see what we can do through the state, and as soon as we get the good news about reopening, we'll share it with everyone. But in the meantime, we need to stay engaged with our audiences, and know that it's gonna be over. I don't know what “normal” is going to look like in the future, but things will get better, and things will get as close to normal as possible.