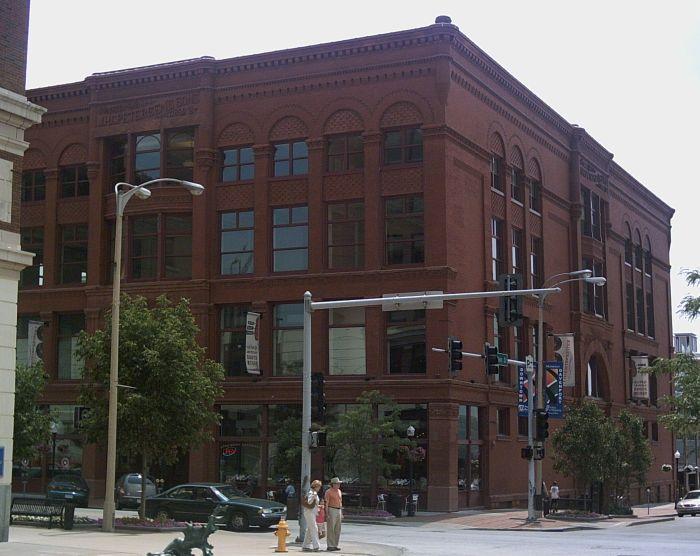 Tyson Danner, Executive Director of the River Music Experience (RME) in Davenport, discusses the live-music and music-education venue's operations during this period of social distancing. We spoke on Thursday, July 2.

Honestly, we're in the same holding pattern since the last time we talked (on March 23). We are technically allowed to start doing indoor shows right now. But we think it's irresponsible. The environment of a show is that the music is loud, and it tends to mean people lean in to talk to each other and speak very loudly. And because we run a bar, it means people are drinking, which means it's not very likely we'll be able to force them to have their masks on every minute.

So we don't feel comfortable, and with cases skyrocketing again, now is absolutely not the time to just do shows because we're bored. Even from the beginning, we didn't announce a re-open date, because we had a feeling that if we did, we'd just enter this continual cycle of pushing it back and pushing it back … and (laughs) we're really glad we didn't now. So we're waiting. We're looking at the fall and seeing how things might be affected by changes in the case counts, and how the public is responding to all this. But that's essentially it.

Ultimately, as a non-profit community organization, we feel a greater responsibility toward being careful than doing shows. We are looking at some outdoor opportunities which we feel more comfortable about, and we did think about charging ahead with them [RME courtyard concerts], but there's so little known. And ultimately we're making decisions based on very little information, which is hard to do. Because even our courtyard is not a very huge space, and typically when we do courtyard shows, it gets pretty packed, So not being confident in the general public's willingness to wear masks, it just seemed unsafe.

None of the [previously scheduled] musicians have canceled. All the bands still want to come back. You know, many of them are touring, which means they're hitting multiple states, which means they're hitting various levels of restrictions. So putting together a tour that goes through multiple states … . I can't imagine being a tour manager right now. It's a nightmare. Because not only are we trying to figure out new dates, but every single one of those new dates for a traveling band has to fit into a whole new series of tour dates. Which means they're coordinating new dates with 10, 15, 20 venues, and we hopefully get to align with those. So it's a much more complicated process than just being like, “Hey, do you want to come in a few months instead?” But luckily, they all still really, really want to come, and we're just kind of figuring that out as we go.

Those are going really great. Actually, our audiences for curbside concerts in total have been larger than the audiences for shows. On a month-to-month basis, we're reaching more people … which is kind of insane when you think it was just this random idea we had that we threw at the wall, and I guess it stuck.

We announce them a month at a time. We find fun, cool artists that are really great musicians who (1) can play on their own, because we're not trying to get bands together and travel them around town, and (2) can really hold an audience playing acoustic. So we get them scheduled – it's usually a different one every day – and once we announce the month, people go on our Web site and make a donation and schedule their curbside concert. Then we roll up on the street and set up in the driveway or in the backyard or front yard, or anywhere there's a good amount of space. And then we do a half hour show.

It's part community engagement for us, and it's part fundraiser. So we are seeing great donations come in, and all of those support our education programs, obviously. We're hiring the musicians flat out, so we're not relying on people to tip for the musicians to make a living. That's something that's sort of a consistent project for us: changing the thinking about how musicians get paid. To make it not about asking the musician to come for free and just hoping the audience foots the bill. So we pay them flat out and they're guaranteed, actually, really good pay for their afternoon of work.

People have been really responsive. More than the donations and stuff, they're so happy to have live music, and they're happy to be around other people. They invite friends, and the neighbors on the street come out, and everybody is really good about sitting far apart from each other. It's a social event at a time when we don't get a lot of social events.

We're going ahead with Kidstock [the music camp for youths]. We've limited it to two bands, which is 10 kids, and the bands rehearse separately. So there's basically five kids and an instructor in a large room at the same time, and when we we talking about whether we could that this year, it felt like, “Okay, I think we can handle that; I think we're being safe about that.” So we're doing two of those this month, and we're gonna do an outside friends-and-family showcase at the end, to give the kids a chance to perform. So that's pretty cool.

And with our education programs, like with the [curbside] shows, we've reached more people during he shutdown than we ever did before it. Like by a factor of three. It turns out that by shutting our building down, we're actually doing our mission better than we ever have.

Bret [Dale] and Ben [Schwind] are doing a lot of Zoom calls with Girl Scout groups and community groups, and that's actually working out really great. And we're seeing a lot more people tune into those because it's just easier. And with the Music Lab show [weekdays at 10 a.m.], a lot of people watch it on Facebook as it's happening, but it also airs on Mediacom's channel MC 22. We just got the first set of numbers – they have some way of measuring how many people actually watch it through their digital box – and for the first two months, it reached something like 7,000 households. So we wound up with a TV show after all this! (Laughs) Like, “How did this happen?!” Bret has actually been on vacation so this week, so Ben has been taking over. It's like a late-night show! [Laughs.]

We're all really just hanging in there, and I think an important thing for everybody to know is that it feels like we're where things are starting to get back to normal now. But things are pretty much not normal. We're in a much worse position now than we were when this all started. And for all of us non-profits and cultural organizations that have made it this far, this is really the very beginning of this. Our next year is going to be much harder than this brief period of shutdown. So I hope everyone remembers that and does what they can to support all of the organizations in town.