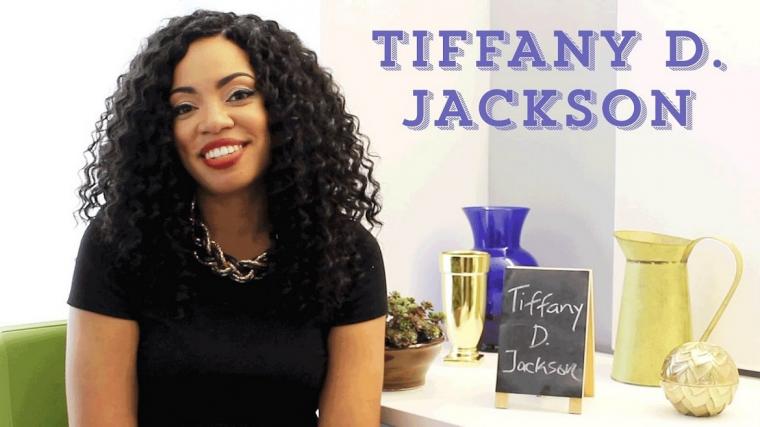 Appearing in a special co-presentation by the Davenport and Rock Island Public Libraries, award-winning young-adult author Tiffany D. Jackson will be showcased in a virtual author visit on March 9, with the Brooklyn-based talent speaking on her writing process, and five lauded novels, and her successful career that has extended far beyond literature.

Jackson grew up in Brooklyn Heights, received her bachelor of arts in film from Howard University, and earned her master of arts in media studies from the New School University. She has over a decade of experience in the television industry, working for various networks and media companies including National Geographic, BET, BBC AMERICA, and EPIX, and in 2009, also wrote and directed the short horror film The Field Trip that received praise on the film-festival circuit. But her professional literary career began in 2017, when Jackson's debut young-adult novel Allegedly – the tale of a teen who is accused of having murdered a baby when she was nine years old and finds out she is pregnant while living in a group home – was published in 2017.

Allegedly received several starred reviews and was nominated for an NAACP Image Award in the category Outstanding Literary Work – Youth/Teens, also appearing on the Best YA of 2017 lists for Kirkus Reviews, the School Library Journal, and the Chicago Public Library. Jackson's second young-adult novel Monday's Not Coming, about a girl whose best friend mysteriously disappears, was published in 2018 and eventually led to the creation of the hashtag #MissingDCGirls with the School Library Journal naming the work a best book of 2018. Let Me Hear a Rhyme, Jackson's third novel, was published in 2019 and concerns a trio of Brooklyn teens who turn their late friend into a rap sta. The book receiving starred reviews from Kirkus Reviews, Booklist, and Publishers Weekly, and Jackson – the recipient of the 2019 Coretta Scott King Book Awards' John Steptoe Award for New Talent – received similar praise for her 2020 release Grown, in which a celebrity wakes with no memory of the previous night yet with blood on her hands.

Available for viewing any time on March 9, the Tiffany D. Jackson presentation is free, and more information on the virtual event is available by visiting DavenportLibrary.com and RockIslandLibrary.org, or by calling the respective libraries at (563)326-7832 or (309)732-7323.