“Toward a Universal Suffrage: African American Women in Iowa & the Vote for All,” through October 15 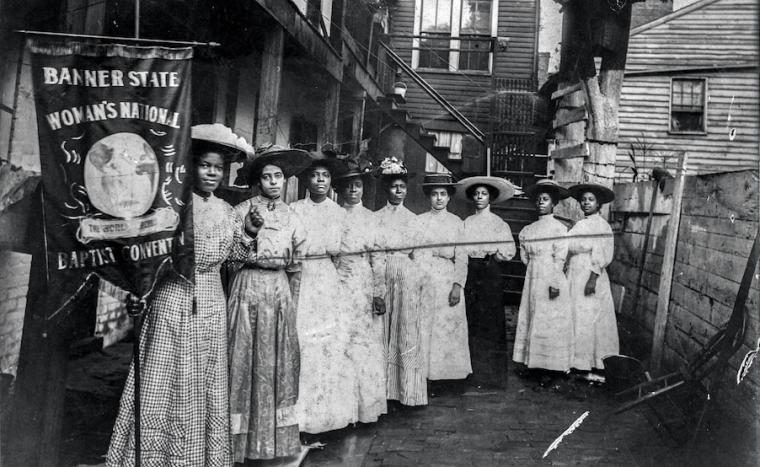 “Toward a Universal Suffrage: African American Women in Iowa & the Vote for All" at the Davenport Public Library Main Branch -- September 1 through October 15.

A fascinating traveling exhibit celebrating contributions to the women’s suffrage movement, Toward a Universal Suffrage: African American Women in Iowa & the Vote for All will be on display at the Davenport Public Library's Main Branch from September 1 through October 15, and will feature profiles of several leading suffragists and civil-rights activists, historical information on voting rights in Iowa and the nation, and a map of important Iowa locations in suffrage and civil-rights history.

Last year served as the 100th anniversary of the ratification of the 19th amendment to the United States Constitution, the amendment stating that the right to vote cannot be denied based on sex. The adoption of this amendment gave many women the right to vote in all elections, and in fighting for the vote, African American suffragists confronted racism in addition to discrimination based on their gender. Historian Rosalyn Terborg-Penn has written that “African American women were universal suffragists in the sense that their voices called for the vote for all citizens, not just for themselves," and it was not until the passage of the Voting Rights Act of 1965 that all African American women gained the right to vote. The contributions of women of color have often been excluded from the broader history of women’s suffrage. Consequently, Toward a Universal Suffrage honors and celebrates the contributions of Iowa’s African American women to win the vote, with the exhibition organized by Allyn Benkowich and Kristen Corey of the Office on the Status of Women, Iowa Department of Human Rights; Dr. Karen M. Kedrowski of the Carrie Chapman Catt Center for Women and Politics at Iowa State University; and Eric Morse of the Central Iowa Community Museum.

The Davenport library's new traveling exhibition is composed of several segments designed to engage and enlighten visitors. In “Women of Courage of Perseverance,” exhibit attendees are invited to meet some of Iowa's African American suffragists, including the state's first African American female lawyer, a founder of African American women's clubs, and the only student of color at the University of Northern Iowa in the 1910s. “Voting Rights History & Timeline” explores how, when the United States Constitution was written in 1787, the document said very little about voting rights, and how states restricted those rights to male property owners, and sometimes only to white male property owners. Library visitors can learn about the diversity and differences that existed in the women's suffrage movement in “Women Activists: From Slavery to Suffrage,” a celebration of how women asserted their rights to organize, speak, and act on public and political issues. “Leaving a Legacy” shows how African American women in Iowa didn't stop at the ballot box, continuing the hard work toward equality in all facets of life. And viewers of Toward a Universal Suffrage can learn about six Iowa communities (including the community of Davenport) where important contributions were made in “Putting Iowa's African American Women on the Map: Important Places in Suffrage and Civil Rights History.”

Toward a Universal Suffrage: African American Women in Iowa & the Vote for All will be on display at the Davenport Public Library's Main Branch from September 1 through October 15, and the library is open from 9 a.m. to 8 p.m. Mondays through Thursdays and 9 a.m. to 5:30 p.m. Fridays and Saturdays. For more information on the exhibition, call (563)326-7832 and visit DavenportLibrary.com.