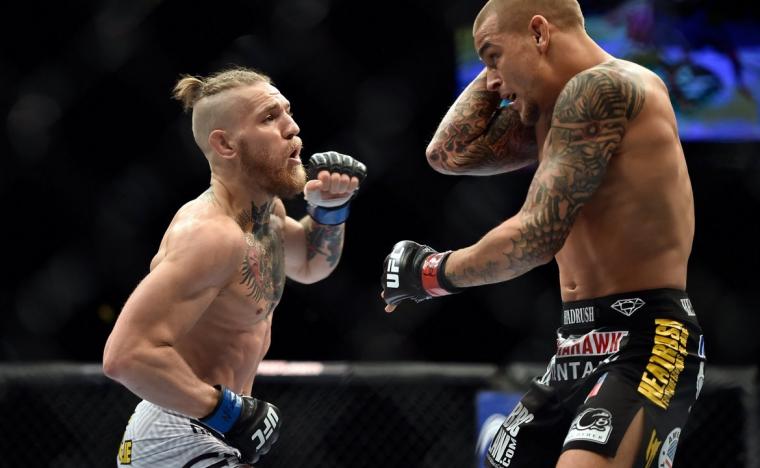 In 2014, rising mixed-martial-arts stars Conor McGregor and Dustin Poirier met in Las Vegas, both hoping to pave their way to a world championship. Since then, McGregor has won titles in two weight classes, while Poirier secured an interim lightweight crown, both becoming UFC superstars in the process. And on January 23, the two kick off 2021 with what promises to be an epic rematch in UFC 257: Poirier vs. McGregor 2, a free event being televised in Davenport's Rhythm City Casino Resort Rhythm Room.

A mixed-martial artist who turned pro in 2009, Poirier had fought in both featherweight and lightweight divisions earlier in his career and currently competes in lightweight category in the world’s largest MMA promotion Ultimate Fighting Championship. His initial professional career saw him mostly fighting in regional promotions in his native place Louisiana and the Southern United States, and as of December 22, Poirier is number two in the UFC Lightweight rankings and number seven in the UFC men's pound-for-pound rankings. His UFC career so far has seen him earn several accolades, including winning the “Fight of the Night” bonus award three times against Jung Chan-Sung, Akira Corassani, and Jim Miller. Poirier has also won the “Performance of the Night” award twice against Carlos Diego Ferreira and Yancy Medeiros, and his fight against Jung Chan-Sung in May of 2012 was honored as ‘Fight of the Year’ by numerous sports publications.

An Irish mixed-martial artist and boxer, McGregor is a former UFC featherweight and lightweight champion. As of November 23, he is ranked #12 in the UFC men's pound-for-pound rankings, and as of Christmas Eve, McGregor is number four in the UFC lightweight rankings. A former Cage Warriors featherweight and lightweight champion, McGregor defeated José Aldo for the 2015 UFC Featherweight Championship via knockout 13 seconds into the first round – the fastest victory in UFC title-fight history. Upon defeating Eddie Alvarez for the UFC Lightweight Championship at UFC 205, McGregor became the first fighter in UFC history to hold titles in two weight divisions simultaneously. McGregor stands as is the biggest pay-per-viewdraw in MMA history, having headlined five out of the six highest-selling UFC pay-per-view events, and his headline bout with Khabib Nurmagomedov at UFC 229 drew 2.4 million pay-per-view buys, the most ever for an MMA event.

The UFC 257: Poirier vs. McGregor 2 rematch begins at 8 p.m. on January 23, the viewing event is free, and seating is available on a first-come/first-served basis. For more information, call (844)852-4386 or visit RhythmCityCasino.com.