“Unconditional Surrender: A Visit with Ulysses S. Grant,” May 17 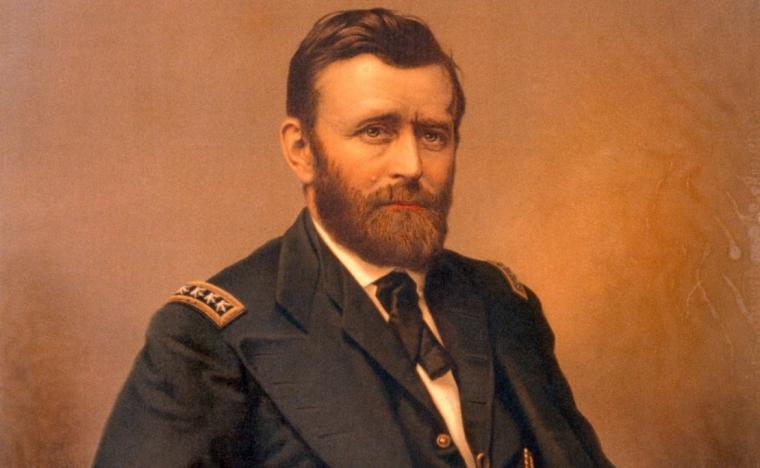 On May 17, patrons of the Davenport Library's Eastern Avenue Branch are invited to meet the victorious general whose strategy and tenacity won the Civil War, the president who struggled to rebuild his country after the war, and the husband and father whose final efforts were devoted to the financial support of his wife and family when Peter Grady delivers an informative, humorous, and touching portrayal in his solo program Unconditional Surrender: A Visit with Ulysses S. Grant.

Raised in Ohio, Grant graduated 21st in the class of 1843 and served with distinction in the Mexican-American War. In 1848, he married Julia Dent, and together they had four children. Grant resigned from the army in 1854 but joined the Union Army after the Civil War broke out in 1861, and rose to prominence after winning several early Union victories on the Western Theater. In 1863, he led the Vicksburg campaign that gained control of the Mississippi River, dealing a serious strategic blow to the Confederacy, splitting it in two. President Abraham Lincoln consequently promoted him to lieutenant general after his victory at Chattanooga, and for 13 months, Grant fought Robert E. Lee during the high-casualty Overland Campaign and at Petersburg. After Lee fled Petersburg, Grant defeated him at Appomattox, and on April 9 of 1865, Lee formally surrendered to Grant. A week later, Lincoln was assassinated and succeeded by Andrew Johnson, who promoted Grant to General of the Army in 1866. Later, Grant openly broke with Johnson over Reconstruction policies, and used the Reconstruction Acts – which had been passed over Johnson's veto – to enforce civil rights for recently freed African Americans.

A war hero drawn in by his sense of duty, Grant was unanimously nominated by the Republican Party and was elected president in 1868. As president, Grant stabilized the post-war national economy and supported Congressional Reconstruction, and he appointed African Americans and Jewish Americans to prominent federal offices. In 1871, Grant created the first Civil Service Commission, advancing civil service more than any prior president. The Liberal Republicans and Democrats united behind Grant's opponent in the presidential election of 1872, but Grant was handily re-elected. And although modern historians have been critical of his administration's scandals, they have also largely emphasized his two-term presidential accomplishments, including the prosecution of the Ku Klux Klan; his treatment of blacks as both human and American; his innovative Native American policy; and his peaceful settlements of the Alabama Claims and controversial 1876 presidential election.

Unconditional Surrender: A Visit with Ulysses S. Grant will be presented at the Davenport Public Library's Eastern Avenue Branch on May 17 at 6:30 p.m., and the free program will also feature a virtual option, with participants receiving an e-mail with the Zoom-meeting link and meeting ID upon registration. For more information and to register, call (563)326-7832 and visit DavenportLibrary.com.