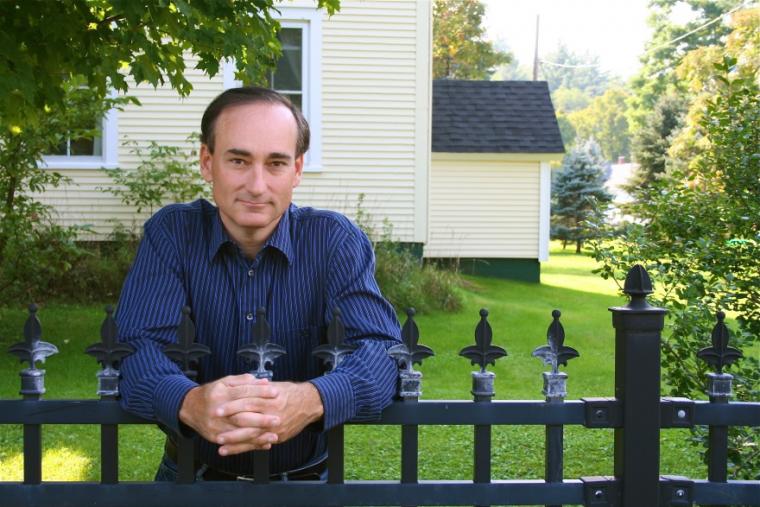 Presented by the Rock Island and Moline Public Libraries

Appearing in an October 27 program presented by the Rock Island and Moline Public Libraries, bestselling author Chris Bohjalian will discuss his latest novel Hour of the Witch, this literary talent also the author of acclaimed works including Midwives, Skeletons of Eden, and The Flight Attendant, the latter of which was adapted last year into an Emmy Award-nominated HBO series starring The Big Bang Theory's Kaley Cuoco.

Bohjalian graduated summa cum laude from Amherst College, where he was a member of the Phi Beta Kappa Society. In the mid-1980s, he worked as an account representative for the New York City ad agency J. Walter Thompson, an ad agency, eventually moving to Lincoln, Vermont, in 1988 with his wife Victoria Blewer. While in Lincoln, Bohjalian began writing weekly columns for the local newspaper and magazine about living in the small town, which had a population of about 975 residents. Bohjalian's column ran in the Burlington Free Press from 1992 through 2015 and won a Best Lifestyle Column from the Vermont Press Association. Other periodicals and papers the author has written for include Cosmopolitan, Reader's Digest, the New York Times, and the Boston Globe Sunday Magazine, and Bohjalian's first novel A Killing in the Real World was released in 1988. Following 1991's Hangman, his third novel Past the Bleachers was released in 1992 and consequently adapted into a 1995 television movie, while in 1997, Bohjalian's fifth novel Midwives was critically acclaimed and selected by Oprah Winfrey as the October 1998 selection of Oprah's Book Club. The novel subsequently became a number-one New York Times bestseller, and was adapted into a 2001 TV movie starring Oscar winner Sissy Spacek.

Among the author's 20 novels to date, Bohjalian also released 2009's Secrets of Eden, which debuted at number six on the New York Times and Publishers Weekly lists and was adapted into a 2012 TV movie; 2011's The Night Strangers, which earned its author the New England Society Book Award for fiction; and 2014's The Sandcastle Girls, a story of the Armenian genocide and its century-long denial by Turkey that Oprah chose as a “Book of the Week,” raving, “This rendering of one of history's greatest (and least known) tragedies is a nuanced, sophisticated portrayal of what it means not only to endure but also to insist on hope.” Over the course of his career, Bohjalian's works have been chosen as Best Books of the Year by the Washington Post, the St. Louis Post-Dispatch, Publishers Weekly, Kirkus Reviews, and Salon, and his most recent novel Hour of the Witch, released this past May, was a New York Times smash described by bestselling author Lisa Scottoline as “absolutely riveting historical fiction that reads like the most page-turning of thrillers.”

The virtual author visit with Chris Bohjalian begins at 6:30 p.m. on October 27, registration is required for the free presentation, and more information on the event is available by calling (309)732-7323 and visiting RockIslandLibrary.org, or calling (309)524-2470 and visiting MolineLibrary.com.