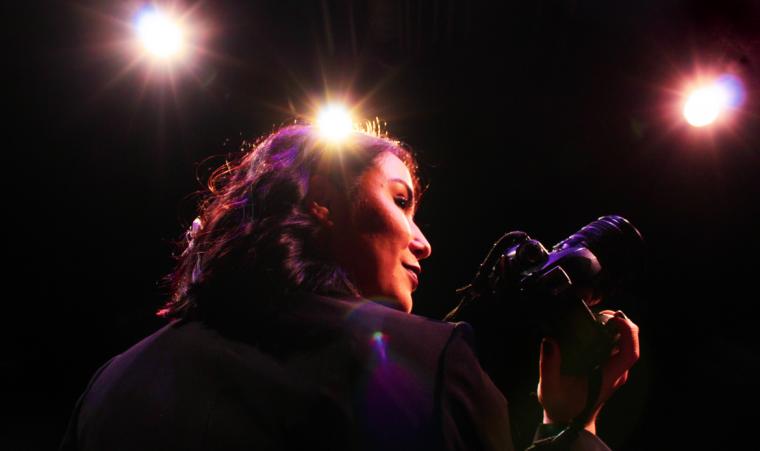 Amber Johnson in "35mm: A Musical Exhibition" at Augustana College -- October 10 through 13.

A unique collaboration between stage artists and spouses Ryan Scott Oliver and Matthew Murphy serves as the first student-produced presentation in Augustana College's 2019-20 theatre season, with the October 10 through 13 run of 35mm: A Musical Exhibition blending songs and photographs to create an experience DC Metro Theatre Arts called “a thought-provoking, soul-searching exploration of two mediums fused together as one.”

A New York City-based photographer specializing in theatre and dance, Murphy finds his work currently represented on Broadway in its productions of Hadestown, Moulin Rouge!, Beetlejuice, and Harry Potter & the Cursed Child. His husband, stage composer and lyricist Oliver, is the recipient of both the 2008 Richard Rodgers Award for Musical Theatre and the 2009 Jonathan Larson Grant, and has composed scores for such musicals as Mrs. Sharp, Darling, and Jasper in Deadland. For their collaboration 35mm: A Musical Exhibition, viewings of 15 of Murphy's photographs are accompanied by 15 Oliver compositions, resulting in a collection of “snapshot stories” woven together as each of the evening’s original songs is performed against projections of the photography that inspired them. 35mm consequently brings the connection between visual and aural pleasures into razor-sharp focus, creating a singular, multi-sensory emotional journey of gorgeous images and an unforgettable score. As Entertainment Weekly stated, “When theatre pundits talk about the future of Broadway and the new generation of composers, they're talking about artists like Ryan Scott Oliver – a major new voice in musical theatre.” 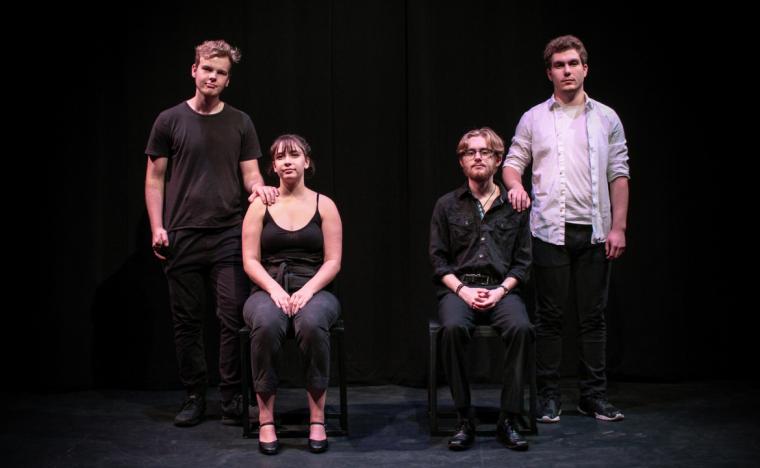 35mm: A Musical Exhibition runs October 10 through 13 at Augustana College's Heidi Honkamp Myhre Black Box Theatre in the Brunner Theatre Center, admission to the 7:30 p.m. performances is $5-10, and more information and tickets are available by calling (309)794-7306 or visiting Augustana.edu.