“The Vagina Monologues,” February 28 through March 1 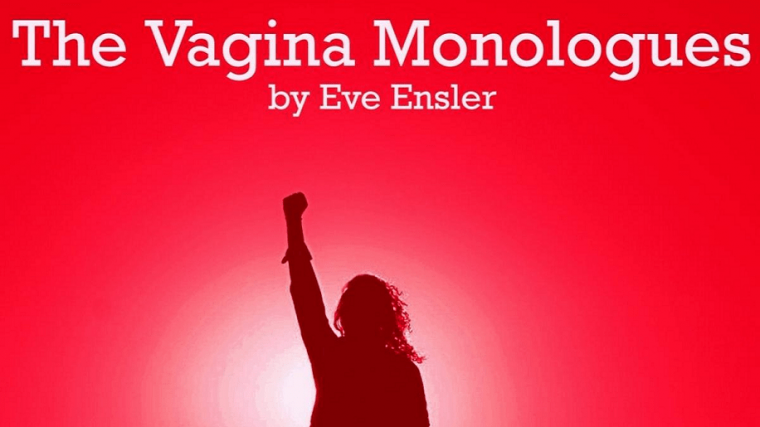 “The Vagina Monologues" at Augustana College -- February 28 through March 1.

Writing about the iconic stage presentation The Vagina Monologues in a 2018 article, the New York Times stated, “No recent hour of theatre has had a greater impact worldwide.” And Augustana College patrons will no doubt understand why when Eve Ensler's revered work is staged in a February 28 through March 1 production, with 90 percent of the proceeds benefiting women in the Quad Cities who are survivors of rape, sexual assault, and abuse.

A lauded stage piece that's also something of an international feminist movement, The Vagina Monologues finds women and men from all walks of life gathered together to perform a series of monologues, and is being sponsored by theatre fraternity Alpha Psi Omega in its 16th-annual presentation. Created by Ensler in the mid-'90s following her interviews with more than 200 women, the play explores consensual and non-consensual sexual experiences, body image, genital mutilation, direct and indirect encounters with reproduction, sex work, and other topics through the eyes of individuals of various ages, races, and sexual identification. The New York Times' Charles Isherwood called The Vagina Monologues “probably the most important piece of political theater of the last decade,” and every year since its inception, a new monologue is added to highlight a current world issue.

The Vagina Monologues will be staged in the Brunner Theatre Center February 28 through March 1, with performances accompanied by the presentation's annual raffle of works by community artists. Admission to the 7:30 p.m. performances is $3-6, and more information is available by calling (309)794-7306 or visiting Augustana.edu/tickets.