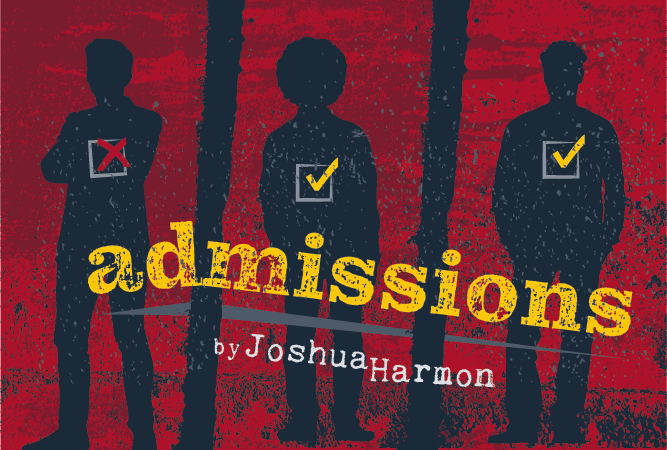 "Admissions" at the St. Ambrose University Studio Theatre -- March 24 through 28.

Lauded by the Hollywood Reporter as “a smart, hilarious, and provocative drama” and by the St. Louis Post-Dispatch as “shockingly insightful and outrageously hilarious,” playwright Joshua Harmon's Admissions will enjoy live performances in St. Ambrose University's Studio Theatre March 24 through 28, this timely and enthralling tale described by the Miami Herald as “an absorbing drama and a prod to self-examination.”

In this stage work that explodes the ideals and contradictions of liberal white America, Sherri Rosen-Mason, head of the admissions department at a New England prep school, is fighting to diversify the student body. Alongside her husband, the school’s headmaster, they’ve largely succeeded in bringing a stodgy institution into the 21st century. But when their only son sets his sights on an Ivy League university, personal ambition collides with progressive values, and with convulsive results. A no-holds-barred look at privilege, power, and the perils of hypocrisy, Admissions was the winner of the 2018 Drama Desk and Outer Critics Circle Awards for Best Play, wit the New York Times calling the Harmon's achievement “an extraordinarily useful and excruciating satire – of the left, by the left, for the left – for today.”

Admissions will be performed in St. Ambrose University's Studio Theatre located in the Galvin Fine Arts Center, with performances Wednesday through Saturday at 7:30 p.m. and Saturday and Sunday at 3 p.m. Talk-backs will follow the evening performances, tickets are $7, and more information is available by calling (563)333-6251 or visiting SAU.edu/theatre.