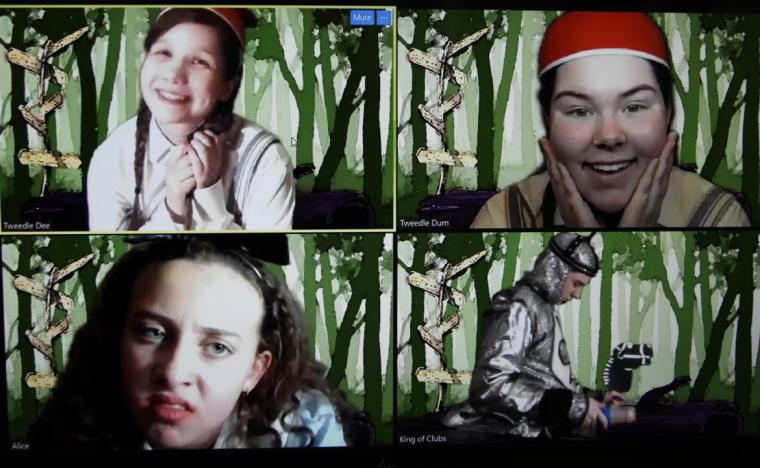 Continuing its 69th season of theatre “for kids, by kids,” Davenport Junior Theatre will present its second virtual production with the February 20 through 28 run of Alice in Wonderland, a charming and imaginative version of the Lewis Carroll storybook classic boasting a script by the organization's former artistic director Daniel D.P. Sheridan.

A timely story that speaks directly to the Wonderland we’ve all found ourselves in over the last year, Davenport Junior Theatre's Alice in Wonderland involves 24 students from around the Quad Cities area. The kids range in age from 10 to 18 and perform the entire show from virtual stations they’ve set up in their homes. Local professional theatre artists work with the students, creating a virtual performance that will be livestreamed and available to watch for free on the DJT Web site. 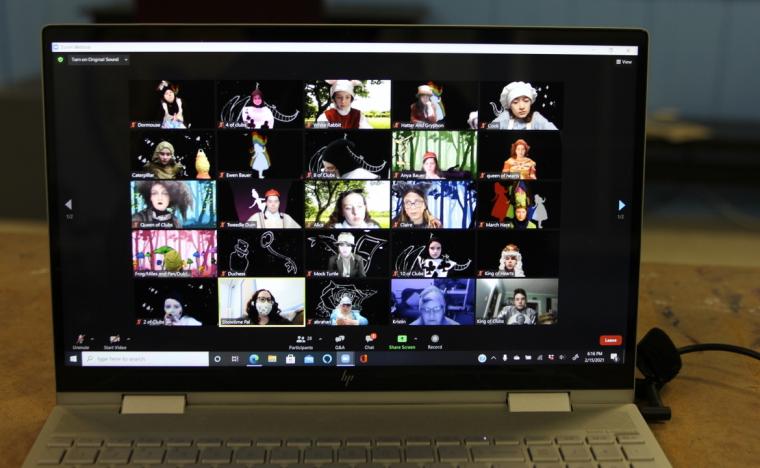 “We wanted to make this show as accessible as possible,” says Artistic Director Ben Gougeon, “trying to get lots of kids involved and to reach as large an audience as we can. This year has been challenging in so many ways, and we’ve tried to keep our focus on engaging kids, whether it’s by actively participating in our virtual productions, or by tuning in and going down the rabbit hole for 75 minutes. By eliminating paid tickets, we’re able to take down one extra barrier for someone to watch.”

Based on Carroll’s 1865 novel Alice’s Adventures in Wonderland, the latest DJT production follows Alice, played by Julia Reagan, as she falls down a rabbit hole and enters a world of strange, sometimes nonsensical characters. They challenge Alice’s conceptions of the world, and force her to question what she knows and re-evaluate what she previously thought of as a life without adventure. Reagan, a 12-year-old from Davenport, also wrote The Evil Queen Returns, which was part of DJT’s fall virtual presentation Snow White 2.Zoom.

This is the eighth time that Davenport Junior Theatre has produced Alice in Wonderland, but the first virtual presentation of the show. Director Bobby Becher has worked to create a production that’s true to the heart of the story and the stage, but in a virtual setting. Says Becher, "It's always an honor to work with an institution like DJT – one with a special kind of history, and a dear place in the heart of this community." 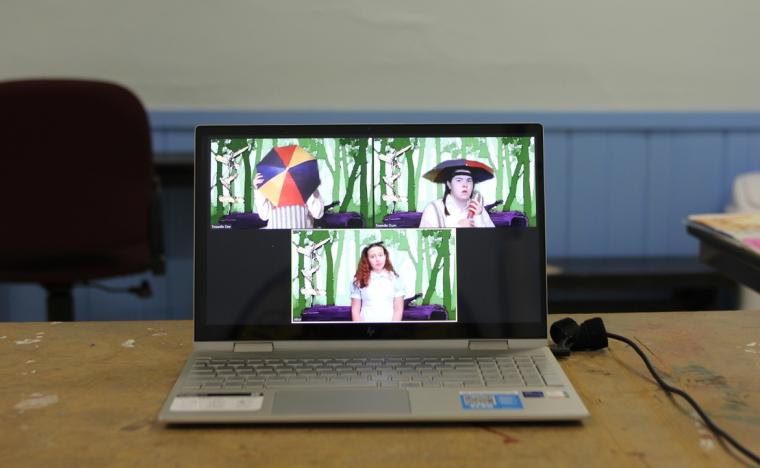 “They've continued to really practice what they preach,” Becher continues, “and are prioritizing the kids in this community who are desperate for creative and social outlets. And this group of kids has really embraced the 'virtual theatre' format. Both the challenges and the opportunities. We as a production staff have strived to keep the 'T' in DJT as much as possible, but we also see this as a chance for kids to learn and grow in new ways that maybe wouldn't have been in the front of our minds in a traditional DJT mainstage process.”

Livestream performances of Alice in Wonderland's February 20 through 28 run will take place at 4 p.m. on Saturdays and at 1 and 4 p.m. on Sundays, and can be viewed through Davenport Junior Theatre's Web site. The viewings are free, though donations to the organization are greatly appreciated, and more information is available by calling (563)326-7862 and visiting DavenportJuniorTheatre.org.