“An American in Paris,” February 20 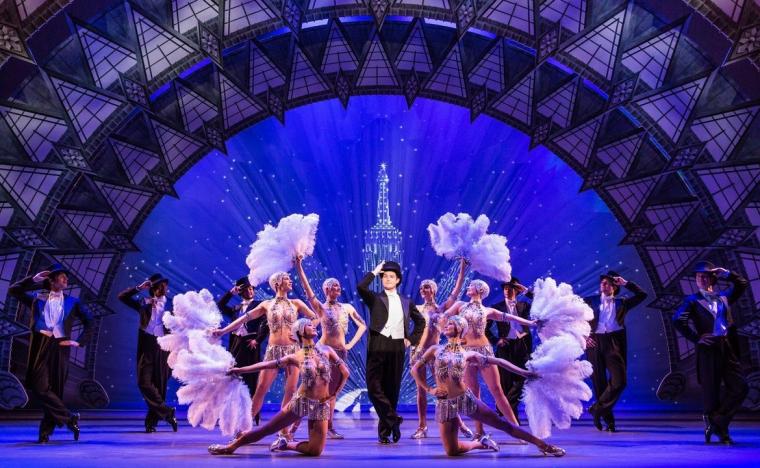 "An American in Paris" at the Adler Theatre -- February 20.

Nominated for a dozen 2015 Tony Awards and the winner of four including Best Choreography, a song-and-dance sensation high-steps into Davenport's Adler Theatre on February 20 with the arrival of An American in Paris – the celebration of iconic composers George and Ira Gershwin that, according to the New York Times, “weds music and movement, song and story with such exhilarating brio that you may find your … heart alight with a longing to be swept up in the dance.”

A story about finding love, happiness, and a new lease on life, An American in Paris is set in the City of Lights as it emerges from the shadows of World War II. As the weight of the Nazi Occupation begins to lift, Paris' inhabitants come alive and rediscover life’s grandest possibilities. One of them, an American veteran and aspiring painter named Jerry, is still reeling from the war when he discovers the girl of his dreams: Lise, a captivating young dancer at the ballet. Jerry falls in love with the mystery woman as soon as he spots her in a crowd on the street, and whether by chance or fate, Jerry and Lise are brought together at a ballet rehearsal in which Jerry has come to visit his friend Adam, the company’s composer. While there, Jerry also catches the eye of Milo, an American heiress and Adam’s patron, and to add even more confusion to this love triangle, Lise is already engaged to marry Henri, a rich young businessman who dreams of being a performer himself. But does Lise truly love Henri? Is Jerry actually the man she's meant to love? And even if she does love Jerry, can Lise find a way to move on from the fact that Henri’s family saved her life during the war? Set to some of George and Ira Gershwin’s most timeless music, An American in Paris brings both complexity and joy to the journey of Lise, Jerry, and their friends as they fall in love, follow their dreams, and celebrate the most wonderful joys of being alive.

Inspired by the 1951 film of the same name that won six Academy Awards including Best Picture, the stage-musical version of An American in Paris, with its book by Tony nominee Craig Lucas, opened on Broadway in 2015 and went on to run for 623 performances plus 29 previews. Among its 12 Tony nominations were citations for Best Music, Actor and Actress in a Musical, Direction of a Musical, and Book of a Musical, with the awards it won including Best Lighting Design, Scenic Design, and Orchestrations. With its score composed of numerous classics from the Gershwins' vast repertoire, the featured songs include such timeless hits as “I Got Rhythm,” “'S Wonderful,” “But Not for Me,” “The Man I Love,” and “They Can't Take That Away from Me.” And with the Associated Press calling the show “sublime,” An American in Paris' plaudits include The Wall Street Journal's rave, “It's been years – decades, really – since I last saw production numbers that were infused with [this] kind of rich, sustained creativity.”