And the Southern Girls with the Way They Talk … : “Crimes of the Heart,” at Augustana College through February 5 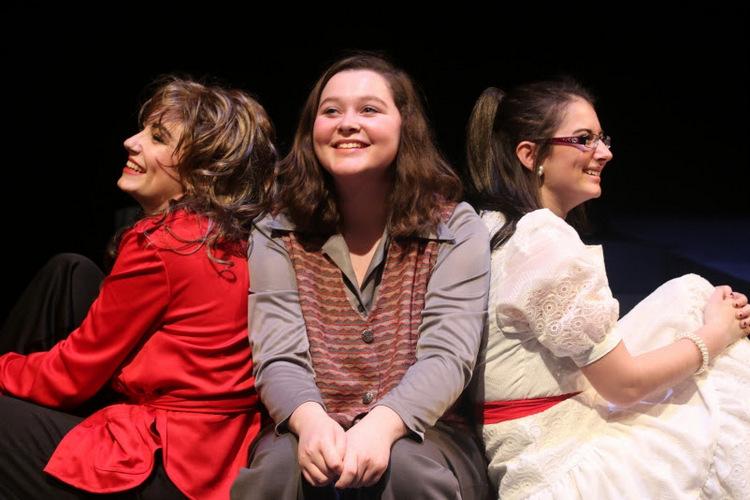 Sarah Baker, Lauren Clapp, and Elise Campbell in Crimes of the Heart

Southern Gothic is a genre dear to my heart, having been introduced years ago to the stories of Eudora Welty. In that vein, playwright Beth Henley blended dark humor and quirky characters in 1981's Pulitzer-winning Crimes of the Heart, the current Augustana College production. I attended the January 28 performance, and director Jennifer Popple and her crew provided a fearless rendition with some creative twists. In her program notes, Popple shares childhood memories of family reunions with almost 500 attendees in Greenwood, Mississippi, and her deep connection with this Mississippi-based play is evident in the nuances that helped me better understand the production's characters, their motivations, and the many themes presented.

Those first creative twists came as I walked in and saw the set, and was taken aback to see a non-traditional, dark-gray, multi-leveled playing area with ramps and pillars – a stripped-down, Bauhaus-meets-Dr. Seuss set with the only visible prop a black, rotary wall phone with a very, very long cord (for reasons I can’t reveal). Center-stage featured a round “table” with removable box compartments that served as stools and storage for props and costumes; with its hidden wheels, the table was used, at different times, to accentuate tensions between characters. This industrial, bare-bones set seemed counter-intuitive to the homey, 1970s kitchen setting that's expected of this play. Creativity kudos, though, to scenic designer Susan Holgersson and her crew. Although the space was large and open, it somehow totally worked to create intimacy and lend focus to Henley's story and characters.

Crimes' second surprise was its opening: a stylized dance number, by all six actors, to Lou Reed’s “Perfect Day.” The actors' movements and interactions served as precursors to their stage relationships, and while I initially thought, “What is this – La La Land?!”, I soon recognized it as a clever means of immediately drawing me in and creating anticipation.

Crimes of the Heart is a black comedy of three Southern sisters from a stiflingly small town in Mississippi: the nearly-30-year-old Lenny (Lauren Clapp) and her 20-something sisters Babe (Elise Campbell) and Meg (Sarah Baker). As children, they were deserted by their father, their mother committed suicide, and they were raised by their grandfather, who now lies dying in the hospital. After Babe shoots her husband, prodigal child Meg returns from her failed singing career in California and joins Lenny in figuring out what to do, and while old and new resentments test the sisters and reveal more emotionally charged crimes than attempted murder, the play is filled with humor that, at times, made me laugh out loud. 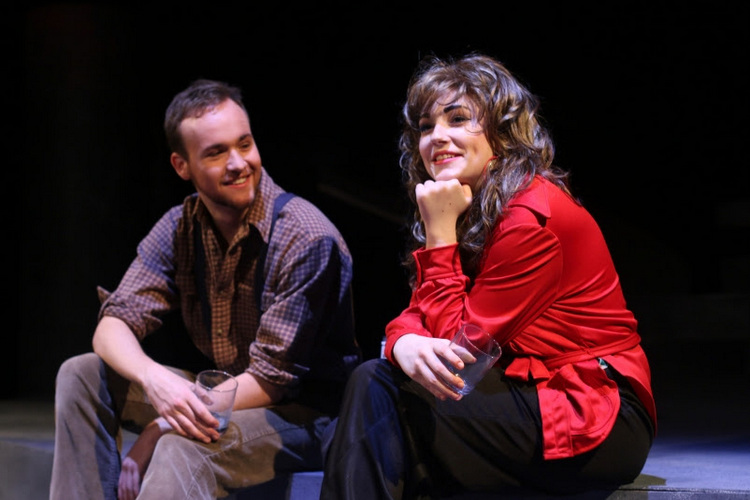 All three leads nailed their Mississippi accents and represented their characters in genuine, relatable ways without becoming stereotypes. Campbell’s depiction of Babe's betrayal was simple and childlike. In her white dress, we go along with Babe's innocence until she relates the shooting's details while sitting atop a slowly rotating table, which effectively accentuates her character’s confusion and inability to face reality. As bad-girl Meg, the naturalistic Baker exhibited an ease of stage movement, and her personality was revealed in snippets, as when she opened Lenny’s box of birthday chocolates and selfishly took bites from each one before tossing them on the floor. (Later, though, we learn of Meg's deeper issues and gain stronger understanding of her.)

Meanwhile, in her role as the devoted Lenny, Clapp skillfully enacted the resignation of someone who has given up on life before hitting 30. Lenny's vulnerability was evident whether dealing with her sisters or nosy, bossy, gossip-mongering cousin Chick, with Shyan Devoss eliciting numerous laughs from some of her lines and facial expressions. (Her excited portrayal, however, did cause Devoss to talk so fast as to be indistinct – a striking contrast to the other actors.)

Tristan Odenkirk gave a subtle yet touching performance as Meg’s ex-boyfriend Doc; although he didn't have many lines, we learned of his story and tender love for Meg by Odenkirk's totally believable demeanor. And Crimes' talented cast is rounded out by Liam Baldwin, whose energy and spot-on deliveries as Babe's defense lawyer Barnette created a memorable Southern Gothic figure in just a few scenes.

Thanks to the creative approach undertaken by Popple and her Augustana collaborators, Crimes of the Heart – with its themes, journeys, and realness – made for a memorable evening of thought-provoking theatre.

Crimes of the Heart runs at Augustana College's Brunner Theatre Center (3750 Seventh Avenue, Rock Island) through February 5, and more information and tickets are available by calling (309)794-7306 or visiting Augustana.edu/arts.