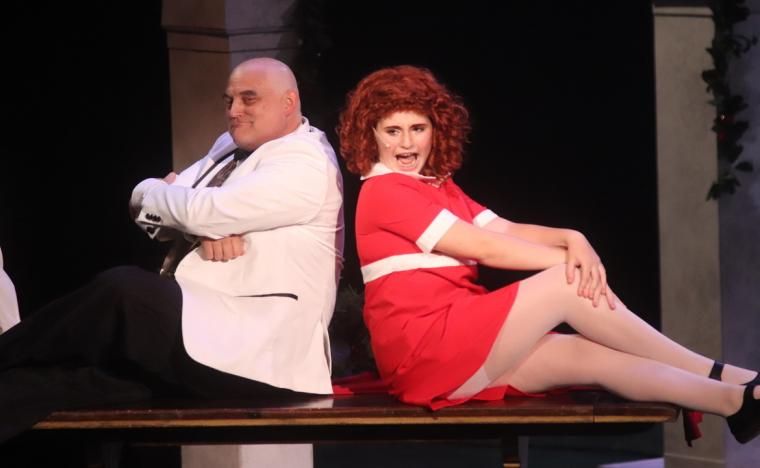 Winner of seven 1977 Tony Awards and one of the 25 longest-running productions in Broadway history, the iconic comic-strip adaptation Annie will be brought to life at Mt. Carroll's Timber Lake Playhouse June 30 through July 10, the show described by the New York Times as "an intensely likable musical" that's also "an unstoppable sunshine steamroller."

With equal measures of pluck and positivity, little orphan Annie charms everyone's hearts despite a next-to-nothing start in 1930s New York City. She is determined to find the parents who abandoned her years ago on the doorstep of a New York City orphanage that is run by the cruel, embittered Miss Hannigan. With the help of the other girls in the orphanage, Annie escapes to the wondrous world of NYC. In adventure after fun-filled adventure, Annie foils Miss Hannigan's evil machinations ... and even befriends President Franklin Delano Roosevelt. She also finds a new home and family in billionaire, Oliver Warbucks, his personal secretary, Grace Farrell, and a lovable mutt named Sandy.

Based on the Harold Gray comic strip Little Orphan Annie that originated in 1924, and debuting at Connecticut's Goodspeed Opera House on August 10, 1976, Annie transferred to Broadway on April 21, 1977, where it ran for 2,377 performances and nearly six years. Among its Tony wins were awards for Best Musical, Best Book of a Musical, and Best Original Score, and Annie went on to inspire two Broadway revivals, three film versions, a live television event, and an estimated 700-900 productions annually throughout the United States alone. 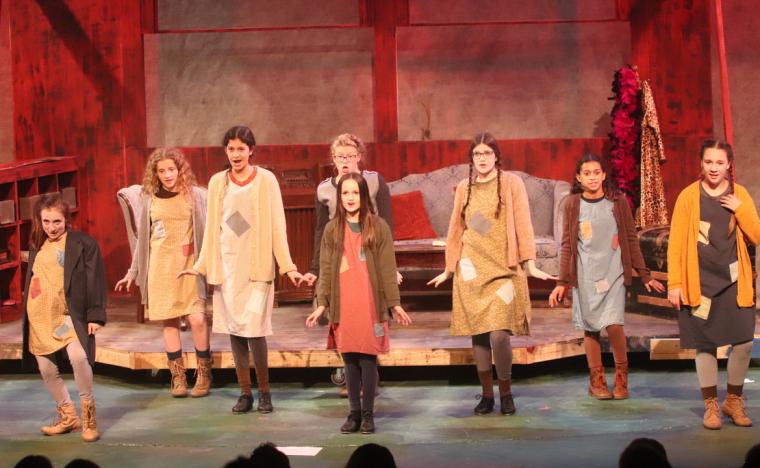 For its Timber Lake Playhouse presentation, the musical is being helmed and choreographed by Jay Falzone, who states, "Directing Annie is a dream come true. I grew up loving the movie and the stage musical and have always wanted to have the opportunity to direct the show and put my own stamp on this great story.” Falzone's production features musical direction by P. Blake Moran and choreography assistance by Kimmy Sessions, with additional members of the creative team including: scenic designer Andy Walmsley; lighting designer Cameron Strandin; costume designer Tammy Long; props designer Callie Hester; sound designer Davie Voelker; and projection designer Orion Forte.

Falzone's cast features Felicia Finley as Miss Hannigan, Todd Fenstermaker as Daddy Warbucks, Natasha Ricketts as Grace Farrell, Darren Mangler as Rooster, Kimmy Sessions as Lily St. Regis, and Leah Steiner in the title role of Annie. The entire 2022 Resident Company backs up this stellar cast portraying the dozens of characters needed to tell its story, and Annie’s dog Sandy will be portrayed by a golden-doodle named Copper.

A community comfort/therapy dog for the Whiteside County Sheriff’s Department, Copper auditioned for the role and bested seven other canines for the part. “We originally looked at contracting with a trained stage dog from the east coast,” said Timber Lake's executive director Dan Danielowski, “but I was sure we’d find a dog from the local area who would be perfect for the role.” The theatre consequently had "dog auditions" on June 6, and beyond Copper for Annie, two additional dogs were hired for the theatre's forthcoming presentation of Legally Blonde: The Musical.

Annie runs at the Mt. Carroll theatre June 30 through July 10, with scheduled performances at 7:30 p.m. and 2 p.m. Tuesdays through Sundays. Admission is $25-35, and more information and tickets are available by calling (815)244-2035 and visiting TimberLakePlayhouse.org.