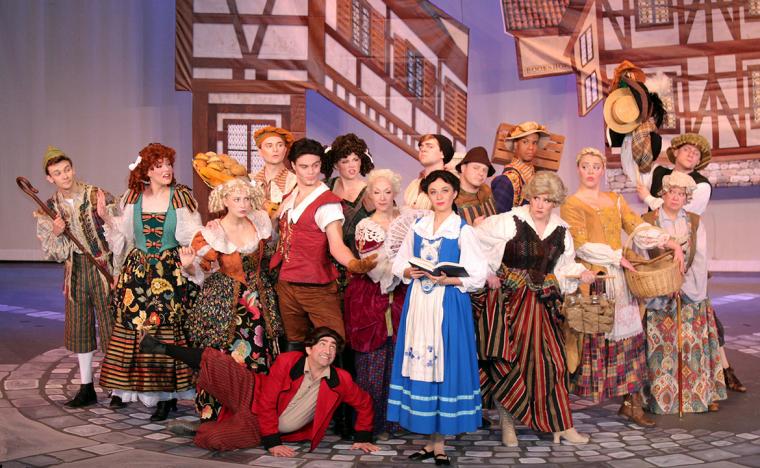 One of the most cherished animated musicals of all time will roar with glorious theatrical life when the enchanted tale of Disney's Beauty & the Beast enjoys a May 20 through July 16 run at Rock Island's Circa '21 Dinner Playhouse, the Tony Award-winning smash reuniting family audiences with beloved characters and songs in a show Variety magazine praised as an “opulent stage musical” boasting “fantastic production values and a memorable score.”

With Disney's Beauty & the Beast, the talents at Circa '21 invite audiences of all ages to “be their guest” in the magical world of Broadway's modern classic, an international sensation that has played to more than 35 million people worldwide in 13 countries. Disney's timeless tale tells of Belle, a young, forward-thinking woman in a provincial town, and the Beast, who is really a young prince trapped under the spell of an enchantress. If the Beast can learn to love and be loved, the curse will end and he will be transformed into his former self. But time is running out. Based on 1991's Oscar-winning animated feature, the 1994 stage version includes all of the wonderful songs originally written by Alan Menken and Howard Ashman with a few new contributions by Tony winner Tim Rice, the iconic score including such tunes as “Belle,” “Be Our Guest,” “Gaston,” “Something There,” and the unforgettable title track. With over 5,000 Broadway performances to its credit, the show's original Broadway run lasted for more than 13 years and was nominated for nine Tony Awards including Best Musical, winning for the show's stunning costume design.

Serving as director and choreographer for Disney's Beauty & the Beast is Shane Hall, who previously helmed the Irving Berlin musical Holiday Inn for Circa '21 and also directed the Timber Lake Playhouse's 2019 production of Mamma Mia! Belle is portrayed by venue veteran Savannah Bay Strandin, who previously appeared in the theatre's The Play That Goes Wrong and Beehive: The '60s Musical, with Beast enacted, in his Circa '21 debut, by Kyle DeFauw, who recently played Professor Bhaer in St. Ambrose University's Little Women: The Musical and Harold Hill in Countryside Community Theatre's The Music Man. Other memorable Beauty & the Beast characters include the teapot Mrs. Potts (Shelley Walljasper), the candlestick Lumiere (Bobby Becher), the grandfather clock Cogsworth (Tristan Tapscott), the feather duster Babette (Ashley Becher), the wardrobe Madame de la Grande Bouche (Elsa Besler), and the teacup Chip (alternately played by Jack Carslake and Marley Haley).

Disney's Beauty & the Beast will be performed May 20 through July 16, with performances on Fridays, Saturdays, and Wednesdays at 7:45 p.m.; Sundays at 5:45 p.m.; and Wednesday afternoons at 1:30 p.m. All shows will be preceded by meals and pre-show entertainment by the theatre's performing wait staff of Circa '21 Bootleggers, and more information and tickets are available by calling (309)786-7733 extension 2 and visiting Circa21.com.