“Billy Elliot: The Musical,” October 18 through 27 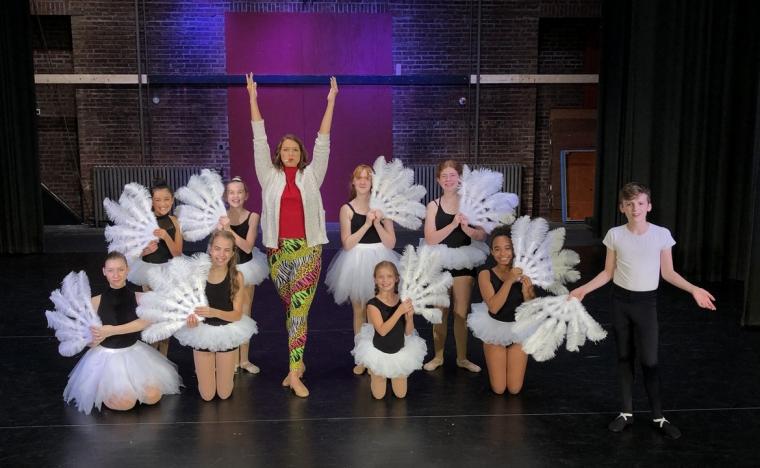 “Billy Elliot: The Musical" at the Spotlight Theatre -- October 18 through 27.

The winner of a staggering 10 Tony Awards that the New York Daily News deemed “vivid and smart” as it “brilliantly weaves plot, music, and dance together,” the stage sensation Billy Elliot: The Musical hoofs its way into Moline's Spotlight Theatre October 18 through 27, this joyous celebration of community and individuality leading Bloomberg News to rave that the show “really does have something for everyone – and that something is, gloriously, art.”

A 2008 Broadway smash that finally ended its run after 1,312 performances, Billy Elliot: The Musical tells the story of a young boy from a coal-mining village in northeast England who transcends class and circumstance to become a ballet star. With its book by Tony winner Lee and its score by the legendary Elton John, the musical is set against the backdrop of the 1984-85 miners strike that tragically affects the title character's entire village. Following his mother's death a few years prior, Billy has been looked after by his father, brother, and grandfather. Yet the family is not well off, and the men in Billy's life have no experience with, or tolerance for, the arts, with the child's dad and brother totally against the idea of him learning to dance. Billy, however, finds himself drawn towards the world of ballet, and as a result, he takes his boxing-lesson money and secretly uses it for dance lessons from local teacher Mrs. Wilkinson, who marvels at the boy's prodigal talents and takes him under her wing. A Tony winner for, among other citations, Best Musical, Book, and Choreography, Billy Elliot: The Musical leaves audiences dancing in the aisles, and was named “Best Musical of the Decade” by Time magazine.

Billy Elliot: The Musical runs at the Spotlight Theatre October 18 through 27, with performances at 7:30 p.m. on Fridays and Saturdays and 2 p.m. on Sundays. Admission is $20, and more information and tickets are available by calling (309)912-7647 or visiting TheSpotlightTheatreQC.com.