Boogie Knight: “Saturday Night Fever,” at the Circa '21 Dinner Playhouse through September 11 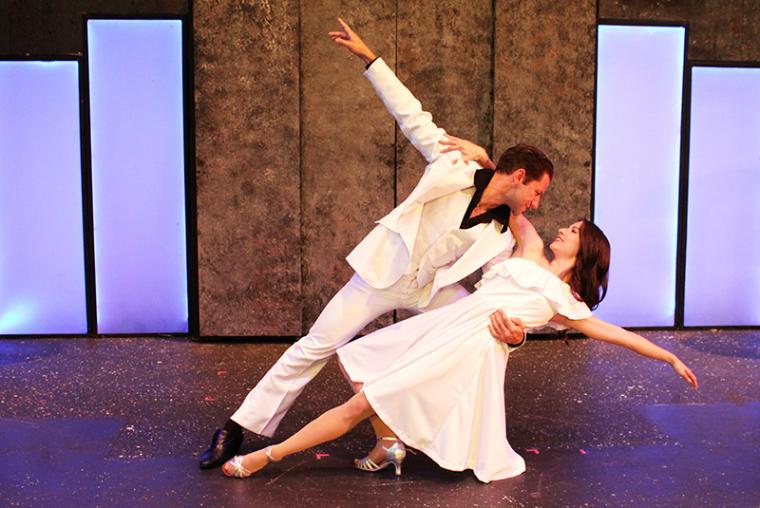 At last! After being pandemic-delayed for 17 months, it was finally opening night for the long-awaited Circa ’21 Dinner Playhouse production Saturday Night Fever. And Friday’s performance transported an extremely excited audience back to the 1970s for a disco revolution in which there was a whole lot of incredible dancing going on.

Upon entering the theatre, patrons were treated to a beautiful set, complete with a silhouetted New York City landscape highlighted in purple and pink hues, compliments of scenic designer Edward Carignan and lighting designers Heather Hauskins and Jim Eischenld. After the performing wait staff of Bootleggers entertained us with a great mix of Bee Gees melodies and other '70s tunes, we were all revved up for the main event.

With Circa '21's production directed and choreographed by Amy McCleary, and with its music direction by Ron May, Saturday Night Fever is a 1998 jukebox musical based on the 1977 film. The story of Tony Manero (Justin Wolfe Smith), a Brooklyn paint-store clerk by day and fantastic nightclub dancer by night who loves to show off his talents at the local disco, this show opens with Tony and its ensemble busting a move with the classic hit from the movie soundtrack, “Stayin’ Alive.” 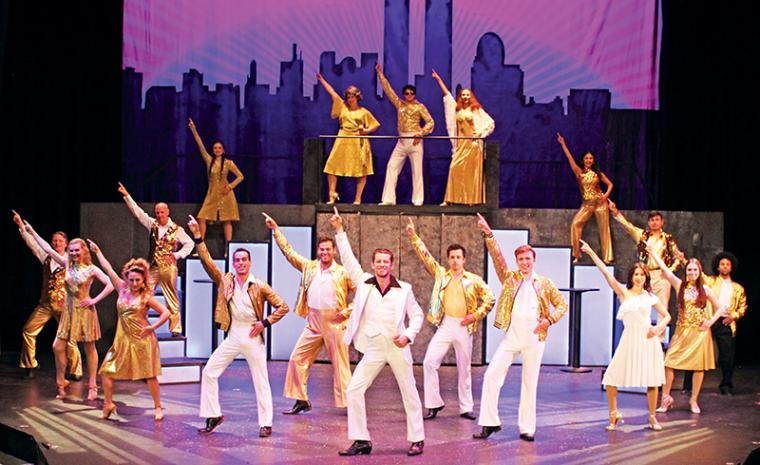 Decked out in a red shirt and black leather jacket by costume designer Gregory Hiatt, Smith absolutely swaggered his way right into my heart. I could not help but compare the actor to John Travolta, the motion picture sensation's original Tony, and Smith had the attitude and talent to pull off such a big personality. He nailed Manero’s famous Brooklyn strut, his accent was spot-on, and by the end of Friday's performance, Smith completely hit his stride, looking like he was having a blast and had totally perfected his character.

McCleary's entire cast executed her high-energy choreography with ease and athleticism. The disco design by Carignan and associate Susie Holgersson was lit up with glowing lights emanating from the stairs and surrounding backboard, which also cleverly had doors that opened and converted into a kitchen for the house scenes with the Manero family. Speaking of which, Brad Hauskins was quite impressive as Tony’s unemployed and angry father Frank, and Ashley Becher was convincing as Flo, Tony’s deeply religious mother.

There was a high balcony atop the discotheque where local DJ Monty (Tristan Tapscott) and his lady friend Candy (Savannah Bay Strandin) belted out such classics as “Disco Inferno,” “Night Fever,” “Nights on Broadway,” and “More Than a Woman.” Tapscott was a show standout for me, as he just emanates confidence and professionalism in every role he takes on. He played multiple characters in Saturday Night Fever, one of my favorites being the quirky dance instructor for Pete’s Dance Studio. Tapscott and Strandin also blended their voices well and were the foundations of many of the production's musical numbers.

Speaking of standouts, Caitie L. Moss took on the role of Annette, Tony’s ex-girlfriend who is still obsessed with him. And in my opinion, Moss stole the show with her riveting rendition of “If I Can’t Have You.” The actress was simply perfect for this part, and when she sang her solo, I was impressed by her ability to totally captivate the audience. 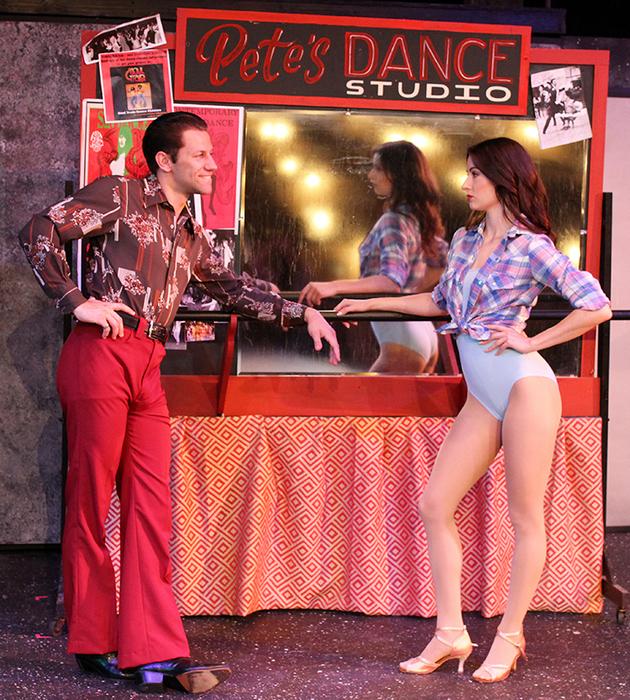 Tony, however, now has his eye on Stephanie Mangano (Emily Stys), a refined young lady from Manhattan who initially comes across as a bit of a snob but turns out to be a decent person. Tony and Stephanie develop a relationship and begin dancing together, and as they do, Smith and Stys share a wonderful stage connection – and they can tango hustle like nobody's business.

Tony’s rambunctious friends Double J (Tim Canali), Joey (Michael Ferlita), Gus (Derik Lawson), and Bobby (Jacob Clanton) got their boogie shoes on more than once on Friday night, and really pumped up the volume with their stellar performances, each actor having just the right amount of entertaining attitude and cockiness. In the first act, Ferlita really stood out with his strong stage presence in the “Dog Eat Dog”; he was always crisp and precise with his choreography and gave it that little extra something. I also thought the dance-contest scene with Cesar (Samuel Colina) and Maria (Natalie Carrera) titled “Salsation” was phenomenal. They did leaps and lifts that were obviously quite difficult, but the performers made them look easy.

I really enjoyed Saturday Night Fever's great dancing, Bee Gees music, and dazzling costumes, with Hiatt one of the best when it comes to dressing up his performers. We saw plenty of bell-bottom pants, plaid suits, pantsuits, large-collar shirts, oversized jewelry, and the most stunning sequenced outfits that just sparkled. (Some of the opening-night patrons, with their leisure suits and such, were also sporting '70s attire.) I think everyone had a really good time at Friday's performance – especially the lady who, after the show, exited the theatre ahead of me and danced her way out.

Saturday Night Fever runs at the Circa '21 Dinner Playhouse (1828 Third Avenue, Rock Island IL) through September 11, and more information and tickets are available by calling (309)786-7733 extension 2 and visiting Circa21.com.