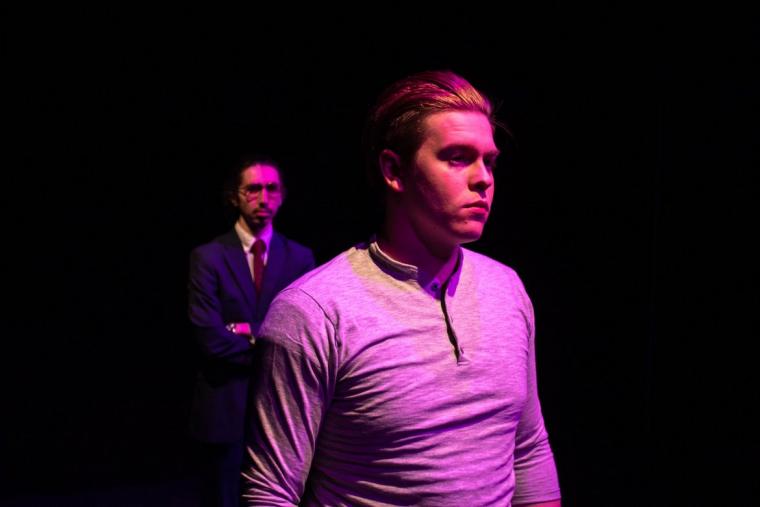 Jonathan Quigley and James Wheeler in "Boy" at Augustana College -- April 11 through 14.

Described by Talkin' Broadway as “dazzlingly, deliciously alive from start to finish” and by Chicago on Stage as “a poignant and important love story for our era,” Augustana College's 2018-19 studio-theatre season wraps up with the April 11 through 14 run of author Anna Ziegler's Boy, a work New City Stage called “90 minutes of brilliant theatre that will keep you vibrating for days to come.”

Inspired by a true story, Anna Ziegler’s 2016 drama explores the tricky terrain of finding love amidst the confusion of sexual identity, and the inextricable bond between a doctor and patient. In the 1960s, the well-meaning Dr. Wendell Barnes convinces the parents of a male infant to raise their son as a girl after a terrible accident. Two decades later, the repercussions of that choice continue to unfold for Ziegler's characters, resulting in one of the most critically admired stage works of recent years. With Theatremania calling it a play of “uncommon empathy and startling insight,” the Huffington Post added that “Ziegler's intelligent script lays out this complex story with precision and grace,” while PerformInk seemed it “a strong example of theatre as a call to action, conversation, and empathy.” 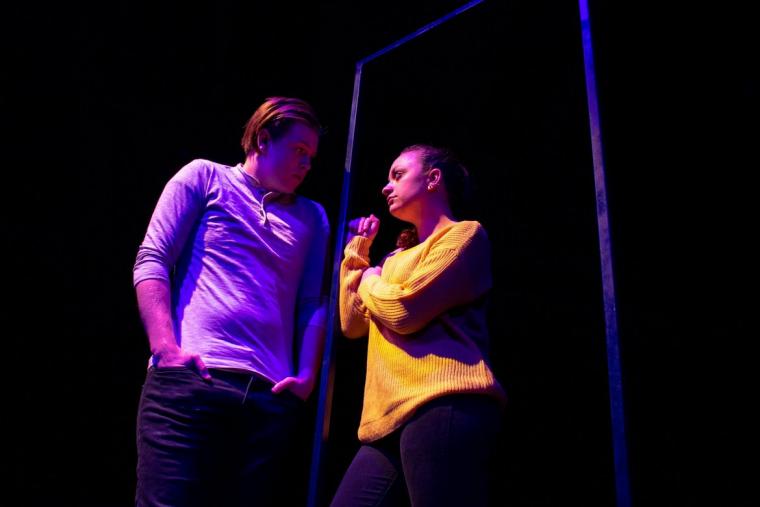 Boy will be presented in Augustana College's Honkamp Myhre Black Box Theatre April 11 through 14, admission to the 7:30 p.m. performances is $5-10, and more information and tickets are available by calling (309)794-7306 or visiting Augustana.edu.