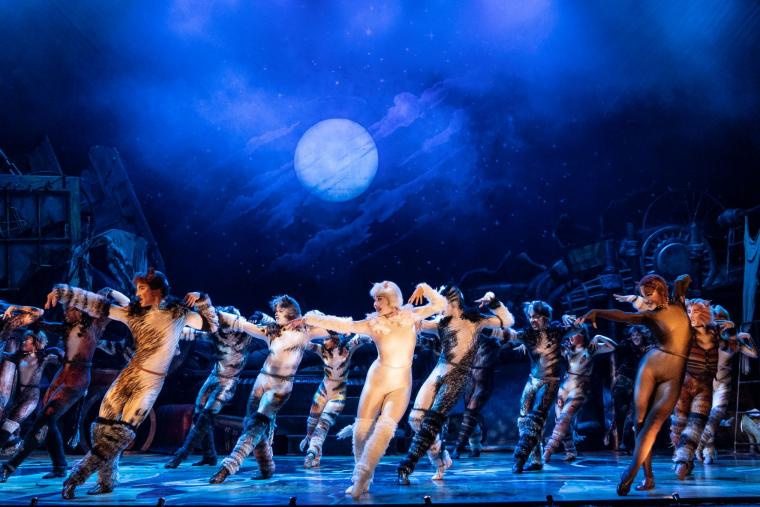 "Cats" at the Adler Theatre - December 1.

Winner of seven Tony Awards including Best Musical, and an international musical sensation that has delighted audiences for more than 40 years, composer Andrew Lloyd Webber's stage spectacle Cats comes to Davenport's Adler Theatre on December 1, its North American touring stop sure to demonstrate why The Guardian lauded the show as “an exhilarating piece of total theatre.”

A wholly sung-through musical that Webber and lyricists Trevor Nunn and Richard Stilgoe based on T.S. Eliot's 1939 poetry collection Old Possum's Book of Practical Cats, this singular entertainment tells the story of a tribe of felines called Jellicles and the night they make the "Jellicle choice" by deciding which cat will ascend to the Heaviside layer and come back to a new life. Boasting the show-tune standard "Memory" that became a top-10 smash in both the United States and United Kingdom, Cats remains the sixth-longest-running West End show and fourth-longest-running Broadway show after debuting in London in 1981 and in New York the following year.

Webber began setting Eliot's poems to music in 1977, and the compositions were first presented as a song cycle in 1980. Producer Cameron Mackintosh then recruited director Nunn and choreographer Gillian Lynne to turn the songs into a complete musical, and Cats opened to positive reviews at the New London Theatre. It won numerous awards including Best Musical at both Britain's Laurence Olivier Awards and, later, the Tony Awards, and despite its unusual premise that initially deterred investors, the show turned out to be an unprecedented commercial success, with a worldwide gross to date of more than $3.5 billion in ticket sales and merchandising.
The London production ran for 21 years and 8,949 performances, while the Broadway production ran for 18 years and 7,485 performances, making Cats the longest-running musical in both theatre districts for many years.

Cats has since been revived in the West End twice and on Broadway once, and has also been translated into multiple languages and performed around the world untold thousands of times. Long-running foreign productions include a 15-year run at the Operettenhaus in Hamburg that played over 6,100 performances, as well as an ongoing run in a purpose-built theatre in Japan that has played over 10,000 performances since opening in 1983.
A musical of memorable characters with baroque names – among them Grizabella, Run Tum Tugger, and Rumpleteazer – Cats started the mega-musical phenomenon, establishing a global market for musical theatre and directing the industry's focus to big-budget blockbusters, as well as family- and tourist-friendly shows. The musical's profound but polarizing influence also reshaped the aesthetic, technology, and marketing of the medium, in addition to creating a new audience for musical ballads, with "Memory" eventually covered by artists ranging from Barbra Streisand to Barry Manilow to Johnny Mathis.

The North American touring production of Cats lands in Davenport on December 1, admission to the 7:30 p.m. show is $43-83, and tickets are available by calling (800)745-3000 and visiting AdlerTheatre.com.