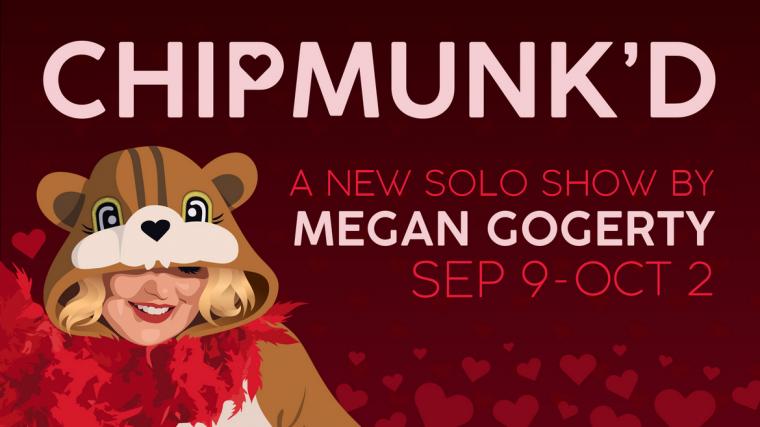 Opening Riverside Theatre's 2022-23 season with a one-woman comedy about love, sex, and existential dread, playwright/performer Megan Doherty brings the world premiere of Chipmunk'd to the Iowa City venue September 9 through October 2, her latest solo describing the real-life incident in which Gogerty got bit by a chipmunk in her backyard - an event that set off an increasingly alarming chain of disasters for her and her family.

A gifted playwright of many years, Gogerty's solo show Lady Macbeth & Her Pal played the Edinburgh Fringe Festival and won the Audience Pick of the Fringe at the Cincinnati Fringe Festival. Her play Bad Panda (produced at Theatre Without Borders, Beijing; Iron Crow Theatre Co.; WordBRIDGE Boomerang Playwright honoree) is published by Original Works Publishing and was translated into Spanish for a five-month run at Del Teatro Milan in Mexico City. The Atlanta Journal-Constitution listed her solo production Hillary Clinton Got Me Pregnant in the paper's yearly lineup of Top Ten Best Plays, and Gogerty's musical drama Love Jerry was produced in the New York Musical Theatre Festival, where it won three Talkin’ Broadway Citations and four NYMF Excellence Awards including Excellence in Writing (Book). 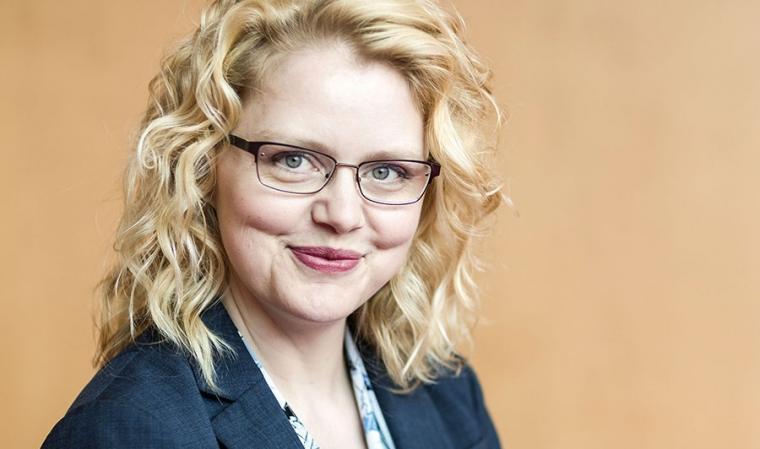 Among other theatrical credits, Gogerty's 10-minute play Rumple Schmumple (Dramatic Pub.) was a Kennedy Center/National ACTF honoree, and her other stage works include: FEAST. (Riverside Theatre, Know Theatre of Cincinnati); Housebroken (Riverside Theatre, Hollins University); and Save Me, Dolly Parton (Riverside Theatre; Synchronicity Theatre), the latter of which was named among the Best Plays in Atlanta by Creative Loafing magazine. Her musical tribute album to TV's Buffy the Vampire Slayer is widely available online, and Gogerty was a Playwrights’ Center Jerome Fellow, a WordBRIDGE alum, and earned her MFA in Playwriting from the University of Texas at Austin. She currently teaches playwriting at the University of Iowa and is a regularly returning visiting faculty for the Playwright's Lab at Hollins University.

With Gogerty describing her latest one-woman show as a play "for when you don’t know whether to laugh or cry," Chipmunk'd is being directed by longtime Riverside Theatre veteran Saffron Henke, with the show's creative team including production designer Chris Rich, stage manager Ray Vanek, and assistant stage manager and board operator J Tucker.

Chipmunk'd runs at the Iowa City Theatre September 9 through October 2, with performances Thursdays through Saturdays at 7:30 p.m. and Sundays at 2 p.m. Admission is $15-35, and more information and tickets are available by calling (319)259-7099 and visiting RiversideTheatre.org.