Christmas Presence: “Miracle on 34th Street,” at the Playcrafters Barn Theatre through November 19 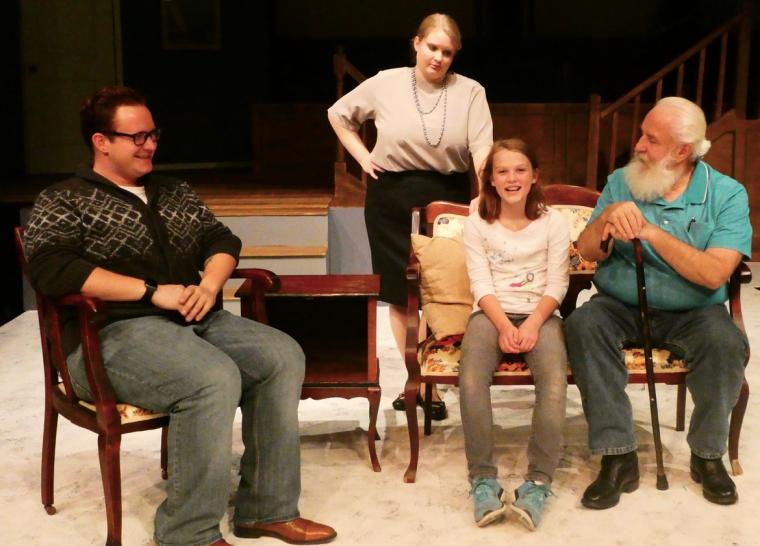 As I sat in the audience for the Playcrafters Barn Theatre's opening-night performance of Miracle on 34th Street, I had to constantly remind myself that I was watching a Christmas show. Not because the production wasn’t festive, but because I couldn’t believe the holiday season is already here! Yet sure enough, as Playcrafters' season-ender is centered on the big guy St. Nick himself, I had to eventually concede that it’s time to deck the halls with balls of holly. (Side note: My wife put up our Christmas decorations the very next day.)

Author Valentine Davies' Miracle begins with Kris Kringle, played by Santa Claus lookalike Don Fey, leaving a mental ward where he was deemed “mentally unsound” for believing that he's the real St. Nicholas. Kringle consequently finds himself in the right place at the right time as a Macy’s department store Santa shows up inebriated, leaving uptight store manager Doris (Emily Edens) needing a quick replacement. It becomes clear that Kringle is very good at his job, knowing the kids' names before they say anything, remembering presents they got from past Christmases, and even singing with a young girl in Dutch. The trouble, however, comes when he starts telling parents they can find cheaper gifts at other stores.

The first to take notice is Mr. Macy himself, portrayed by Tom Safford, who quickly turns the situation into a generosity-minded publicity stunt. Yet the validity of Kringle’s sanity starts to be questioned as more people take notice of how strongly he believes he's the real Santa. (When asked if he thinks this is true, Kringle replies, “Absolutely not! I know it for a fact.”) 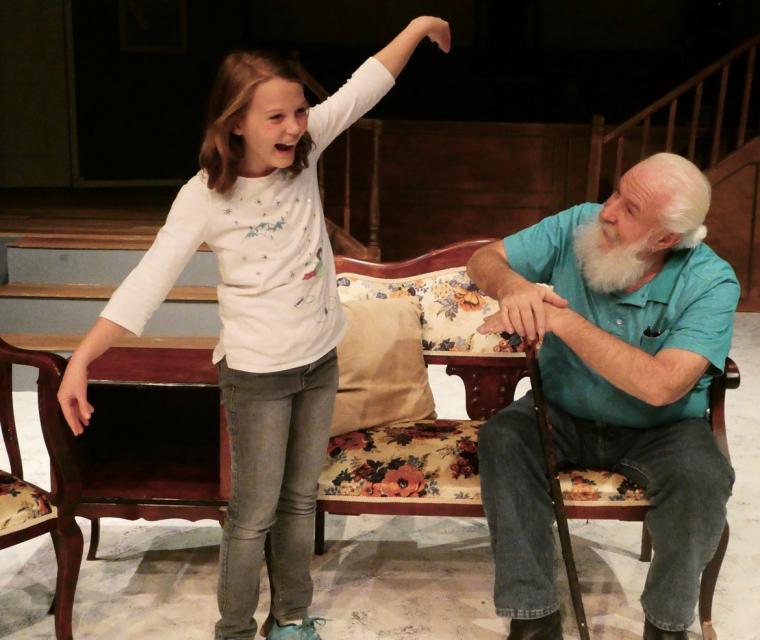 Doris subsequently has Kringle examined by the company psychologist Sawyer, and Sydney Dexter brings some comic relief to this boisterous, over-the-top figure who may actually be the crazy one. Doris’ boyfriend Fred, meanwhile, is played by Luke Hansen, and her daughter Susan – the girl who doesn’t believe in Santa – is portrayed by Chloe Hansen, who brings a very sweet believability to her acting. Susan is a stubborn girl who, like her mother, only believes in facts, and states that the only way she would believe that Kringle is really Santa is if she gets a new house and a father for Christmas.

First-time director Tyler Henning joined Miracle's production team after the show was already cast, and he really lucked out as far as Santa candidates go. Fey displayed a wonderful charm that really embodied the spirit of ol' Saint Nick. (He made me want to ask him, after the show, if I was on the naughty or nice list.) Miracle also boasted some Playcrafters regulars, with Bill Peiffer portraying the judge who has to make a difficult ruling in Kringle's eventual court case, Don Faust as Kringle's longtime friend and doctor, Veronika Larson as the state prosecutor, and Kermit Thomas as the judge's aide. 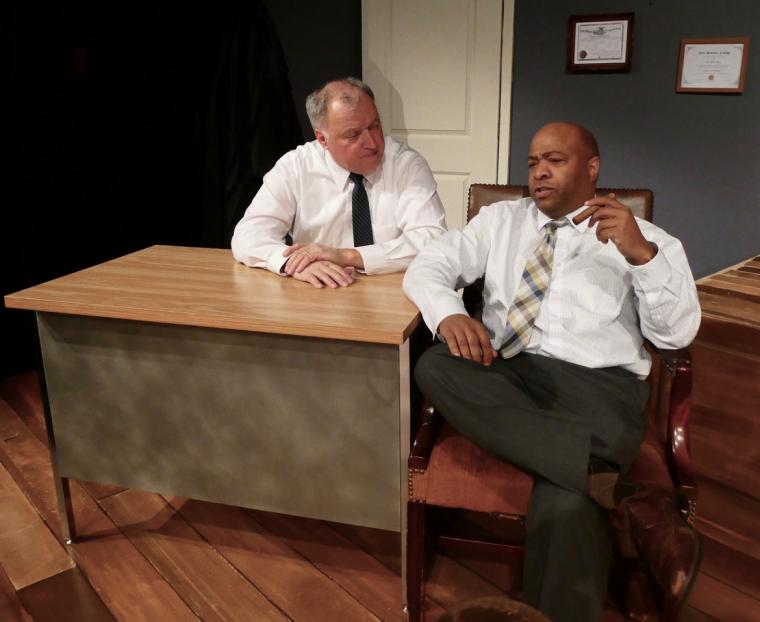 Yet while it was maybe due to the excitement of opening night, the November 10 performance, overall, felt very rushed, and moments that could have pulled the audience into the story were simply breezed through. A particular one that stood out for me was when Mr. Macy discovered that Kris was sending his costumers to Bloomingdale's instead. Although we should see, and the lines indicate, some change in Mr. Macy from being angry to coming up with his positive-PR idea, the whole turnaround was rushed through so quickly that it appeared as though his anger/inspiration was one seamless thought.

Yet Miracle on 34th Street, especially in its trial scenes, still poses lot of great philosophical questions – If no one believed in Santa, would be even exist? – and brings forth the question of faith, with Fred, who winds up being Kringle's lawyer, given perhaps the most poignant line of the whole show: “Faith is believing in something when common sense tells you not to.” After Playcrafters' show, I have faith that Christmas is indeed coming, because even though seeing Santa on stage seemed too soon for me, the season – believe it or not – is definitely upon us.

Miracle on 34th Street runs at the Playcrafters Barn Theatre (4950 35th Avenue, Moline) through November 19, and more information and tickets are available by calling (309)762-0330 or visiting Playcrafters.com.