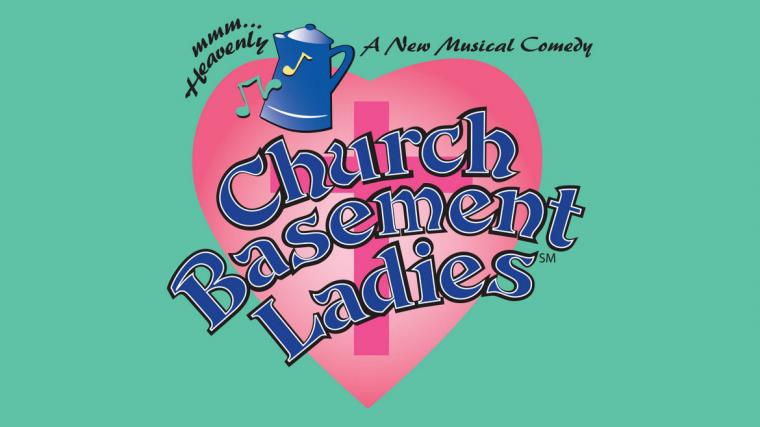 Based on the beloved Janet Letnes Martin and Suzann Nelson book Growing Up Lutheran and an ever-popular stage entertainment for more than 15 years, Church Basement Ladies serves as the 27th fundraising production presented by Muscatine's New Era Dinner Theater, its October 7 through 9 run sure to demonstrate why Broadway World called the experience “a completely fun evening” that's “really, really funny.”

A celebration of the church basement kitchen and the women who work there, Church Basement Ladies features four distinct characters and focuses on their relationships as they organize the food and solve the problems of a rural Minnesota church about to undergo changes in 1965. From the elderly matriarch of the kitchen to the young bride-to-be learning the proper order of things, we see them handle a record-breaking Christmas dinner, the funeral of a dear friend, a Hawaiian Easter fundraiser, and a steaming hot July wedding. They stave off potential disasters, share and debate recipes, instruct the young, and keep the pastor on course while thoroughly enjoying (and tolerating) each other as the true "steel magnolias" of the church.

Funny and down to earth, Church Basement Ladies has been so successful that it has inspired no fewer than eight stage sequels, the most recent of which – Church Basement Ladies: Plowin' Through – had its world premiere at the Ames Center in Burnsville, Minnesota, on September 7 of this year. In addition to touring nationally, the musicals have been licensed in all contiguous 48 states and Canada, and it is estimated that more than three million audience members have attended Church Basement Ladies and its sequels. On November 18 of 2016, the company celebrated its 3000th performance at Minneapolis' Plymouth Playhouse.

The New Era Dinner Theater production of the show is being directed by Bill Turner, with musical direction provided by Bob Danner. Included in the cast are Delene McConnaha as Vivian, Teri Walsh as Mavis, Cali Van Zandt as Karin, Bridgette Bissell as Signe, and Adam Turner as Pastor Gundersen, and this year’s Church Basement Ladies-themed dinner will consist of Jello salad, hamburger hot dish, New Era green beans, dinner roll, dessert, and beverage. The dining room, theater, and restrooms at New Era are all handicap accessible, and proceeds from the presentation will benefit Doctors Without Borders, Muscatine Center for Social Action, and New Era Lutheran Church.

Church Basement Ladies will be presented in the Community Building of rural Muscatine's New Era Lutheran Church (located next to Wild Cat Den State Park) from October 7 through 9, with the Friday and Saturday performances commencing with dinner at 6 p.m. and the Sunday matinée starting with dinner at 4 p.m. Admission is $20-30, reservations are required for all performances, and tickets are available by calling Joan Dietrich at (563)299-4710 or Nancy Henke at (563)263-0881. Tickets may also be ordered by mail at Church Basement Ladies c/o New Era Lutheran Church, 3455 New Era Road, Muscatine, IA, 52761.