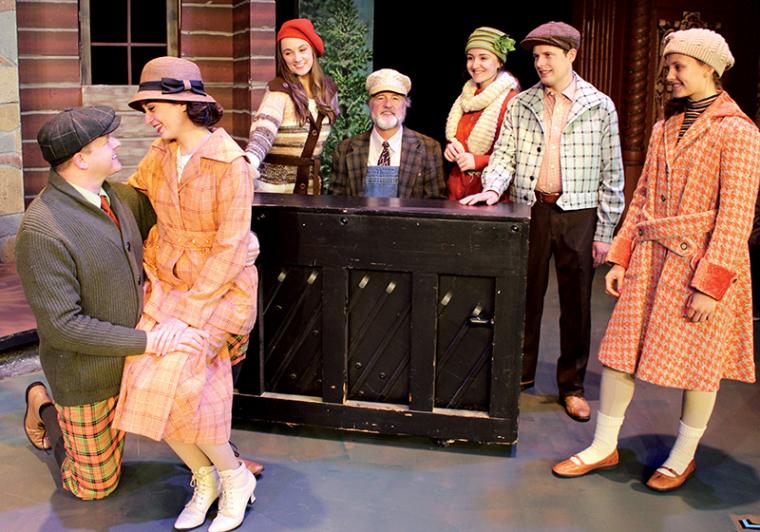 Ready or not, here come the holidays! I had the privilege to attend the Circa ’21 Dinner Playhouse’s Wednesday-night preview of their latest musical Winter Wonderland. Upon entering the theatre, I was greeted with a lovely arrangement of lighted Christmas wreaths and a cozy set design consisting of a fabulous cabin decked out in all kinds of sparkling ornaments and tinsel, compliments of scenic designer Susan Holgersson and scenic artist Trinity Filut. The surroundings absolutely got me in the holiday spirit.

Written by Brad Hauskins – my compliments to him for a terrific job – and choreographed and directed by Sean McCall, this show is a fantasy trip back in time to 1921; the concept is clever and the production is stellar. It was whimsical and lighthearted, with lots of traditional Christmas music under the direction of Ron May, and with musical collaboration and vocal arrangements by Laura Miller Hammes, plus musical arrangements and orchestrations recorded by Mason Moss.

But before Winter Wonderland even started, the performing wait staff of Bootleggers delivered an incredible performance that is definitely in my top 10 of all-time favorites. The creative team of Bobby Becher, Sunshine Ramsey, and Hauskins did a magnificent job producing the pre-show by revamping some classic pop songs and substituting Christmas lyrics. For example: the song “How Long Has This Been Going On?”, a 1975 song by the British rock band Ace, was sung as “How long is Christmas going on?” (So funny, given the way stores and businesses start decorating for Christmas right after Halloween.) Another example was Beyoncé’s “Single Ladies (Put a Ring on It)” sung as “If you wrap it, then you should have put a bow on it.” 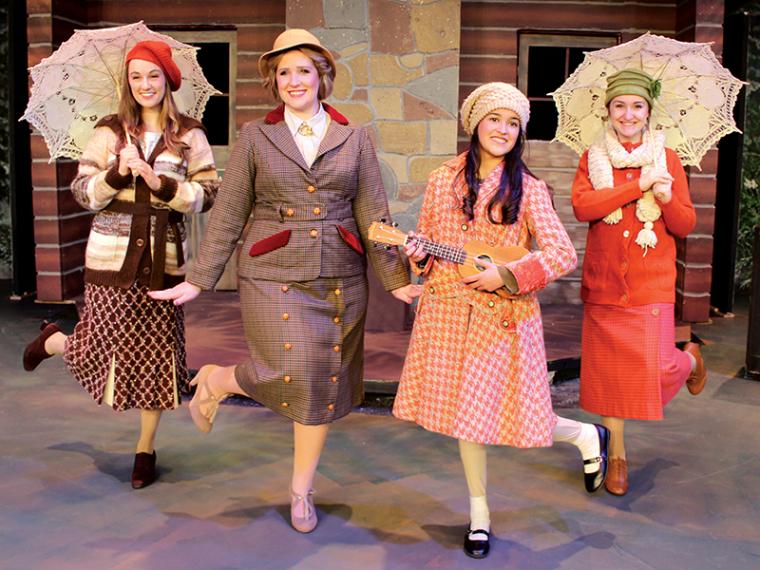 Getting back to the mainstage show, Winter Wonderland's storyline is basic and follows an ordinary family: Greg (Bobby Becher), who is a loving father, Jan (Ashley Becher), his wife, and their adorable teenage daughter Lucy (Wrigley Mancha, with the role played by Cameryn Bergthold on alternating performances). Bobby Becher is charming in his line deliveries and is also quite a talented dancer, while his real-life wife Ashley, who also stepped in as assistant choreographer, has a lovely singing voice. They are such a cute couple. This show, meanwhile, is Mancha’s first production at Circa ’21, and she is a natural talent – so precise with all of the choreography and just an all-around beautiful kid.

The family sets off to find a Christmas tree at a resort that offers a winter wonderland experience, one run by a gentleman named Cap (Mark McGinn). McGinn’s role was understated, and he was dressed in a pair of jean overalls with a train engineer’s cap. In fact, he looked like he just stepped off of the train. The actor seemed a bit low-key compared to the rest of the cast, but that being said, I liked the kindness behind his character, whose hand would wave in the air every once in a while and be accompanied by a magical, chime-like sound. Speaking of the sound, Sam Ramont's effects were very good, among them the howls of wind on a blustery day and an airplane taking off.

Cap’s sidekick and store employee Gusty is played by Derrick Bertram, and I was impressed with his level of energy and natural comedic timing, as well as his nice dance moves. At one point, Bertram was dressed in a bright-green sparkling vest paired with red, plaid pants that were quite loud, but hilarious, and costume designer Gregory Hiatt also had the actor wearing a tall, green hat that made him look like a leprechaun. 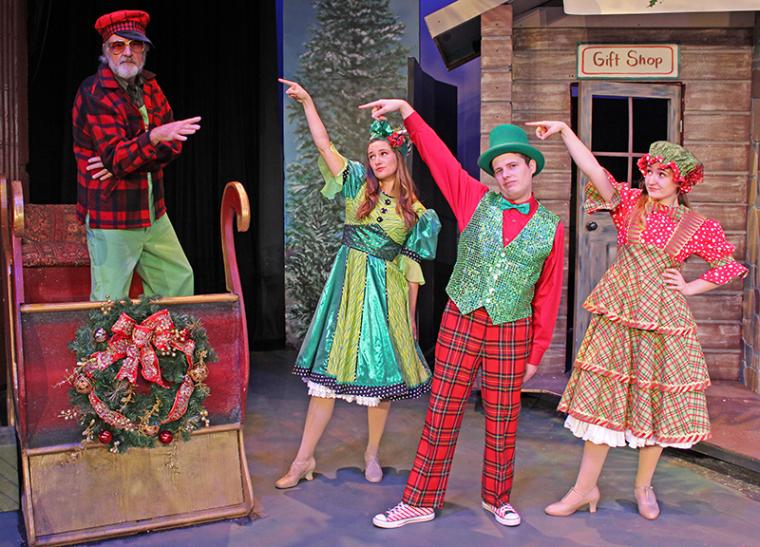 Along the way on this Winter Wonderland's journey, we meet Ben (Tristan Tapscott) and Jeri (Savannah Strandin), podcasters who have a total of nine followers. When they are transported back to 1921, they both look so sophisticated, with Strandin wearing this great orange dress suit and lovely hat and Tapscott dressed in old-fashioned knickers with a smart sweater. With their classic good looks and charisma, Tapscott and Strandin remind me of old-Hollywood movie stars; Strandin resembles a young Sophia Loren, and Tapscott kind of has a Gene Kelly thing going on. Rounding out the cast are Erica Bigelow as Breeze and Krianna Walljasper as Gail – two ladies at the center of the wonderland resort's entertainment who show the family around their Christmas-tree forest. Both actresses had strong voices and made a great team.

So if you enjoy classic holiday songs such as “Jolly Old St. Nicholas,” “Up on the Housetop,” “Auld Lang Syne,” and “Twelve Days of Christmas,” you will enjoy this show. It's a sweet, uncomplicated, pleasant trip to a beautiful and wholesome place called Winter Wonderland.

Winter Wonderland runs at the Circa '21 Dinner Playhouse (1828 Third Avenue, Rock Island IL) through December 29, and more information and tickets are available by calling (309)786-7733 extension 2 and visiting Circa21.com.