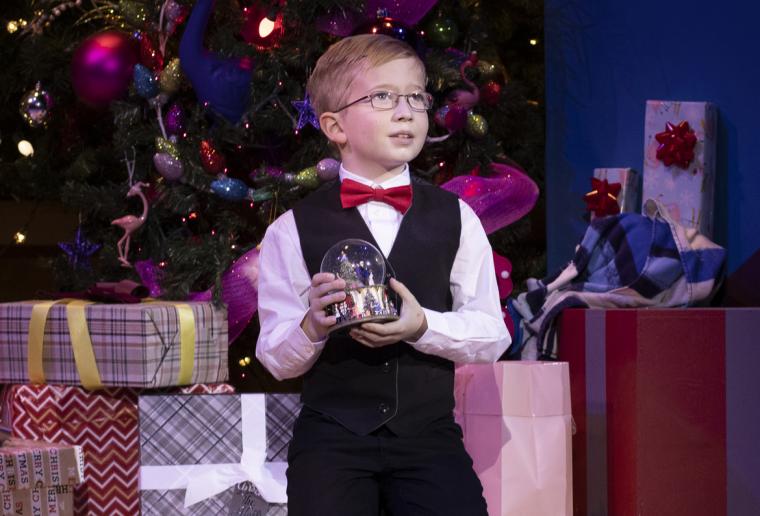 A virtual dose of holiday cheer featuring some of Iowa City's and Coralville's most familiar performers, City Circle Theatre Company's online presentation A Christmas Cabaret will be available for home viewing from December 18 through 25, this collection of song-and-dance vignettes professionally recorded and edited by CoralVision, and boasting dynamically talented stars of stage and television.

When the quarantine blues cause Santa to consider canceling Christmas, it's up to the elves to restore his holiday spirit in this debuting production featuring loads of favorite yuletide songs. A Christmas Cabaret is written and directed by Katie Colletta, who earned a BFA in Musical Theatre from Millikin University and has spent years performing for Amana's Old Creamery Theatre, appearing in such musicals as Winter Wonderettes, Church Basement Ladies, and Grease. Colletta was recruited for the City Circle Theatre Company's holiday project by the company's producer Elizabeth Tracey, and describing the experience, Colletta said, ““When Liz Tracey reached out to me about writing and directing A Christmas Cabaret, my heart soared. What better way to end this very trying and difficult year than by spreading some Christmas cheer? To me, the essence of Santa Claus is spreading kindness to one another in big ways and small. He represents a universal idea that transcends all religions and belief systems. Working on this project has been a huge kindness, reminding me daily of what is really important.”

A Christmas Cabaret is available for online viewing any time between December 18 and 20, and again on Christmas Eve and Christmas Day December 24 and 25. Tickets are $12-17, and more information is available by calling(319)248-9370 or visiting CoralvilleArts.org.