“A Closer Walk with Patsy Cline,” September 30 through October 10 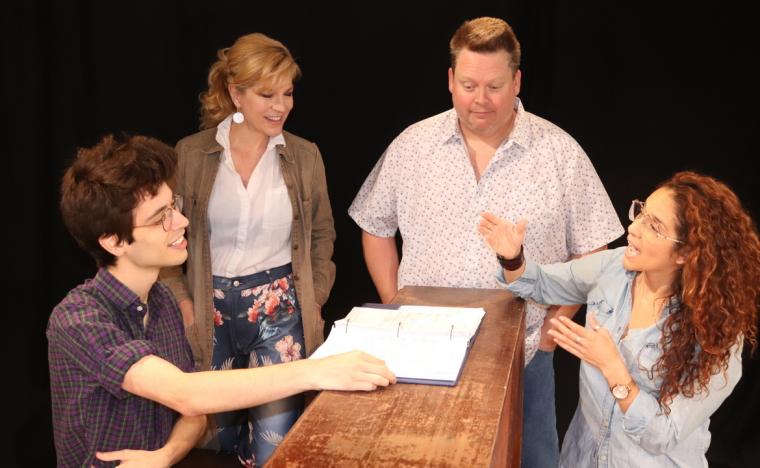 Lauded by Broadway World as “an intimate tribute to the life and music of a musical giant,” the country- and gospel-music celebration A Closer Walk with Patsy Cline will be staged at Mt. Carroll's Timber Lake Playhouse September 30 through October 10, a biographical revue boasting iconic hits, tender emotion, and a title character played and sung by Broadway veteran Felicia Finley.

Born Virginia Patterson Hensley on September 8, 1932, in the Shenandoah Valley of Winchester, Virginia, eventual singing legend Patsy Cline was always spunky and devoted to music. She quit school at the age of 15 to work in a drug store and help support her single mother and younger brother and sister, and in return, her mother dedicated her spare time to helping her daughter's career, driving her to Nashville when she was only 16 for her first Grand Ole Opry audition.

Cline was never shy about self-promotion and impressed everyone the moment they heard her. Ironically, however, her musical talent was never really rewarded until she sang "Walkin’ After Midnight," which was recorded 10 years after she began singing professionally. Her incredible musical rendition of this song on Arthur Godfrey Talent Scouts in 1957 not only won her the contest, but finally set her on the road to the acclaim she deserved. It was followed three years later by the memorable "I Fall to Pieces," which was followed by hits such as "Crazy" (written by Willie Nelson), "She’s Got You," "Leavin’ on Your Mind," "Faded Love," and the immortal "Sweet Dreams," with her last single the gospel standard "A Closer Walk with Thee."

Cline realized her lifetime ambition of joining the Grand Ole Opry in 1960 and won 10 awards at the WSM Country Music Festival, and Cline's astonishing life and career before her tragic 1963 passing are honored in A Closer Walk with Patsy Cline, whose Timber Lake Playhouse presentation is being directed by Dana Iannuzzi, with music direction by Sam Columbus. Local favorite Darren Mangler plays the musical's radio DJ Little Big Man, who shares snippets of Cline's life in between introducing her renditions of classic country and gospel tunes. And portraying the title character is frequent Broadway performer Felicia Finley, whose Great White Way credits include roles in such Tony-winning and -nominated musicals as Mamma Mia!, The Wedding Singer, Aida, and The Life.

A Closer Walk with Patsy Cline runs at the Mt. Carroll theatre September 30 through October 10, with scheduled performances at 7:30 p.m. and 2 p.m. Tuesdays through Sundays. Admission is $20-30, and more information and tickets are available by calling (815)244-2035 and visiting TimberLakePlayhouse.org.