Virtual Performance: “The Curious Incident of the Dog in the Night-Time,” March 4 through 7 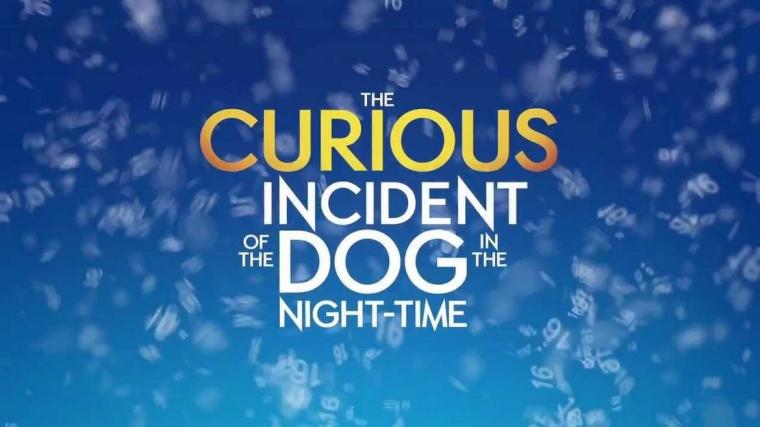 Augustana College presents “The Curious Incident of the Dog in the Night-Time" -- March 4 through 7.

Lauded by the New York Times as an “extraordinary accomplishment” that “becomes a virtuoso study in sensory overload,” the Tony Award-winning The Curious Incident of the Dog in the Night-Time will be produced by Augustana College in a virtual presentation available March 4 through 7, with playwright Simon Stephens' exhilarating stage piece described by Time magazine as “a demonstration of the power of theatre to transport us to exotic places.”

As Curious Incident begins, autistic 15-year-old Christopher stands beside his neighbor Mrs. Shears' dead dog Wellington. The animal has been speared with a garden fork, it is seven minutes after midnight, and Christopher is under suspicion for the crime. While the young man has an extraordinary brain and is exceptional at math, he is ill-equipped to interpret everyday life. Christopher may be recording every fact of the incident in a book designed to solve the mystery of who murdered Wellington, but he has never ventured alone beyond the end of his road, he detests being touched, and he distrusts strangers. Now, Christopher's detective work, forbidden by his father, takes him on a frightening journey that turns his world upside-down, and Simon Stephens' adaptation of Mark Haddon's bestselling, award-winning novel offers a richly theatrical exploration of this touching and bleakly humorous tale.

The winner of five 2015 Tony Awards including Best Play, The Curious Incident of the Dog in the Night-Time is being directed for Augustana by Professor of Theatre Arts Jeff Coussens, whose previous productions for the college have included She Kills Monsters, The Three Musketeers, and The Madwoman of Chaillot. Christopher is portrayed by Augustana senior James Wheeler, director of the recent Speaking in Tongues who has appeared on-stage in such presentations as The Crucible, In the Next Room (or The Vibrator Play) and Boy. Featured in the show's ensemble are fellow students Will Crouch, Ravyn Davis, Lindsey Edwards, Brian Hefferman, Bradley Heinrichs, Noah Hill, Jacqueline Isaacson, Amber Johnson, and Kelsey Notestein. And the virtual presentation's production staff includes Rebecca Casad (assistant director), Kasia Olechno (stage manager), Mark Lohman (scenic designer), Ellen Dixon (costume designer), Sam Ramont (sound designer), G. Neil Holmquist (lighting designer), Keenan Ellis (dramaturg), and Jonathan Quigley (video designer).

The Curious Incident of the Dog in the Night-Time will be available for online viewing March 4 through 6 at 7:30 p.m. and March 7 at 1:30 p.m., with Saturday's presentation the understudy performance featuring Virgil Hajdys as Christopher and Kaitlin Jacobson as Christopher's teacher Siobahn. Tickets are $8-10 for individuals and $15 for groups, and more information and online reservations are available by calling (309)794-7306 or visiting Augustana.edu/tickets.