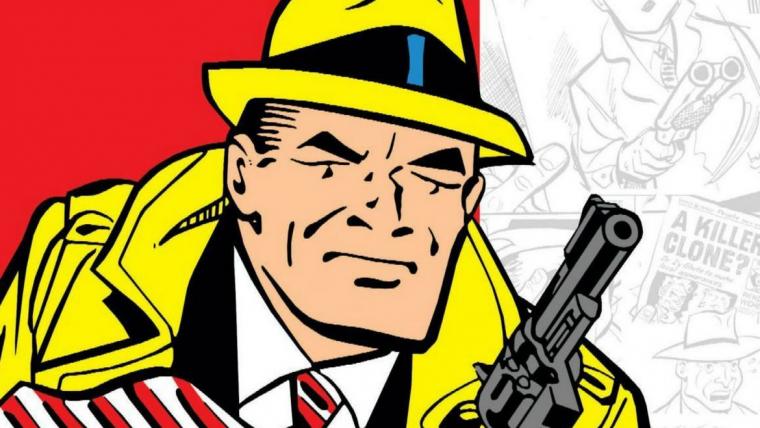 As area theatres again gradually reopen for business, Moline's Black Box Theatre returns with its first new production since October in Dick Tracy: A Live Radio Play, the show's March 11 through 20 run inviting audiences to delight in the old-time mystery, comedy, and excitement involving one of pop culture's most iconic and memorable characters.

A tough and intelligent police detective created by Chester Gould, Dick Tracy began his existence as a comic-strip character based on U.S. federal agent Eliot Ness, who famously led the Chicago law-enforcement team The Untouchables. Gould drafted an idea for a detective named "Plainclothes Tracy" and sent it to Joseph Medill Patterson of the Chicago Tribune / New York News syndicate. Patterson suggested changing the hero's name to Dick Tracy, and also put forward an opening storyline in which Tracy joined the police after his girlfriend's father was murdered by robbers. Gould agreed to these ideas, and Dick Tracy was first published on October 4, 1931. The strip was instantly popular, was soon appearing in newspapers across the United States, and resulted in the creation of numerous Dick Tracy merchandise including novelizations, toys, and games. In April of 1937, a Fortune poll of adult comic-strip readers voted Dick Tracy their third favorite comic strip after Little Orphan Annie and Popeye, and the character's radio serial had a long and successful run from 1934 to 1948. 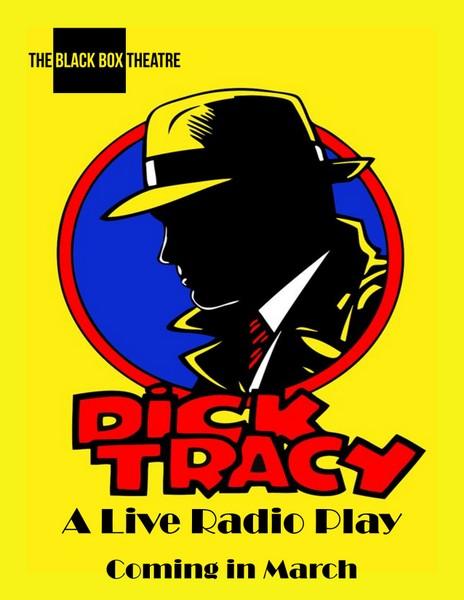 In Dick Tracy: A Live Radio Play, the Black Box Theatre will be staging the detective's famed episode “The Case of the Big Top Murders,” a whodunit focusing on the renowned sleuth's investigation of murder and mayhem amidst a traveling circus company, and a mystery/comedy asking the audience to guess “Who killed the clown? Any why?” Directing the production is the venue's co-founder and artistic director Lora Adams, whose most recent presentations for the Black Box include Three Viewings, The Turn of the Screw, and The 39 Steps: A Live Radio Play. Co-founder David Miller serves as Dick Tracy's lighting designer, and the cast is composed of area-theatre veterans James Driscoll, Matt Walsh, Doug Kutzli, Mark Ruebling, Jenny Winn, Sara Nicole Wegener, and Tom Vaccaro.

Dick Tracy: A Live Radio Play will be staged at Moline's Black Box Theatre March 11 through 20, with performances Thursday through Saturday at 7:30 p.m. and Sunday at 2 p.m. Admission is $13-16, and patrons will be required to wear face masks, temperatures will be taken before entry, and only certain seats will be available in order to conform to social-distancing guidelines. Advance purchase of tickets is highly recommended in order to avoid the handling of money, and more information and reservations are available by calling (563)284-2350 or visiting TheBlackBoxTheatre.com.