Davenport Junior Theatre's “Imagine That” and 70th-Anniversary Celebration, June 24 through 26

Davenport Junior Theatre's “Imagine That” and 70th-Anniversary Celebration -- June 24 through 26.

From June 24 through 26, the area institution devoted to theatre “for kids, by kids” will celebrate its remarkable 70th anniversary not only with free performances of the hour-long fairytale comedy Imagine That, but with an entire Saturday's worth of events, as Davenport Junior Theatre hosts a lawn picnic and dinner, outdoor games, guest speakers, and the long-anticipated opening of the venue's Junior Theatre History Museum. Imagine that!

As Davenport Junior Theatre's development director Daniel DP Sheridan states, the museum has certainly been long in the imagining.

“When I started back in 2008,” says Sheridan, “there were closets just full of stuff – boxes of stuff stacked up. Posters and programs and scripts … . Everything was saved, and of course, I never threw it out. And about six years ago, I had the idea to create the Junior Theatre archives. We went through it all and organized everything … . But I also always had an interest in converting it all into more of a museum – something that people could see. It just seemed like we never had the time.” In 2020, however, that changed.

“COVID gave us the time,” Sheridan continues. “There were a lot of young theatre professionals with no work and nothing to do. We also have a relationship with the AmeriCorps program with the city of Davenport, where we usually have one of two AmeriCorps members working with us. I brought on four. And one of our primary projects was the creation of this museum. So we've really been aggressively working on it for the last two years.”

Located in Lower Cottage 13 on Junior Theatre's Eastern Avenue campus, the History Museum, says Sheridan, “feels like a real museum – not just some posters on the wall and some pictures. It's basically the whole lower level of the cottage, and it's laid out and designed with placards, so people can get a sense of our history and really understand Junior Theatre's scope and its impact. When new families start here, or the community is here for a show, we can invite them to poke their heads in the museum and experience what this organization has meant, and kind of connect them with that legacy in a really fun, interactive way.”

Describing the museum layout, Sheridan says, “Through the front room is all Showtime Pal memorabilia,” referencing the beloved Junior Theatre mascot who has been portrayed by dozens, if not hundreds, of students and instructors over the decades. “There's historical information on the character, and a wall called 'Pals of the Past' where anybody who's played Showtime Pal can sign with the year they graduated. There's stuff about our founder [Mary Fluhrer-Nighswander] – her honorary doctorate and her key to the city and her legacy and the impact she had. There's old fundraising material on display, old showcases, old posters. In the back room of the museum, we have a side-by-side comparison with the old theatre chairs and the new theatre chairs, and a whole collage of images showing the renovation in the late '70s and the renovation of 2017.

“If you sit in those chairs,” Sheridan adds, “we've got a TV mounted, and you can drop in VHS tapes and DVDs and watch old Junior Theatre shows. And then we've got a back hallway that feels like an old props house – that's the vibe we were going for. It's filled with Junior Theatre relics, and props, we've got photo books … . The whole nine yards. Oh man, it's cool. It just goes on and on.”

Junior Theatre's History Museum will be open to the public on Saturday, June 25, following its official 11:40 a.m. ribbon cutting, at which point all manner of activities will transpire in Junior Theatre's free Picnic on the Lawn celebration.

“The Generations Band is going to play for a couple hours,” says Sheridan, “and our current teachers wrote and are performing a show. There are also kids doing improv, alum will be getting up and giving speeches, we'll have lawn games like Giant Jenga and Twister, but Twister on the grass with spray-painted circles … . And all the food is free. We've got hot dogs and chips and vegetarian and vegan and gluten-free options. We've got root-beer floats and homemade lemonade and baked goods … . The whole day is gonna be really fun.”

The ticketed Dinner on the Lawn event promises to be, as well. After a special 6 p.m. performance of Junior Theatre's latest mainstage show Imagine That, dinner and drinks will be served under a canopy of lights. (The guest bartender is Crawford Brew Works' general manager and former Junior Theatre instructor and director Tom Taylor.) And following dinner, the after-party will be preceded by a few words from guest speakers including Brett Batterson, a Junior Theatre alum and Tony Award-winning co-producer of recent Best Musical champ The Band's Visit.

“He was a student here in the '70s,” says Sheridan of Batterson, “and his first job was on our junior staff. He ran the props house; he drove the show wagon. Then he became a professional scenic designer, then helped build an opera house, where he was an opera manager. And then he was part of the producing team [for The Band's Visit], so he was there and on stage when they won the Tony. I'm excited that he'll be here.” 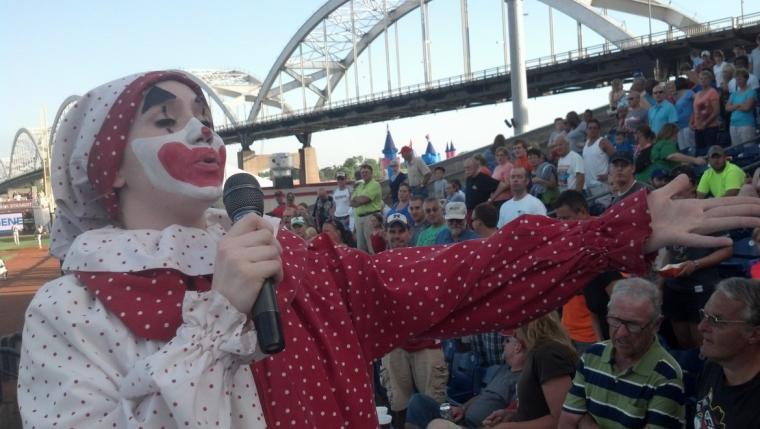 Beyond all of the specific anniversary events lined up for June 25, Junior Theatre's weekend performances of Imagine That will also celebrate the organization's 70th, if slightly more indirectly. Written by Ed Graczyk and directed by Ashley Becher (who helmed Aesop's Falables for Junior Theatre in 2019 and currently co-stars in the Circa '21 Dinner Playhouse's production of Disney's Beauty & the Beast), the musical is an adventure centered on Rapunzel, the fairytale character who's long-locked in more ways than one.

Imagine That, says Sheridan, seemed like an ideal production to stage this summer because “this particular adaptation unique is one that Junior Theatre has done seven times before in its history. It's a show that a lot of alum have been in at some point, so we felt it would be a great show for the reunion.

“But,” he adds, “it's also a great show because Rapunzel is locked away in this tower, and it's sort of about her being stuck in her home environment and having to use her imagination to create and grow and learn. And I feel like we all just went through that – that desire to get out and explore the world. So not only does it speak to a kid, but it speaks, in this moment, to everyone. To our 'resurfacing.'”

As Junior Theatre enters its 70th year, Sheridan himself will enter his 15th year with the organization this fall – following, that is, many years as a self-described “Junior Theatre kid” in his youth.

“It feels wonderful,” he says of his long JT tenure. “I get to know these people so wholly, and get to see them grow up, and it's fun to get to participate in their lives. With social media, at least I get to see what they're up to and celebrate their successes and stuff like that. But seeing them literally grow up is pretty special. The girl who's going to be playing Showtime Pal for the anniversary weekend started as a camp kid when she was five years old, and she just graduated high school. So things like that are sweet. It's great waking up every day wanting to go to work.”