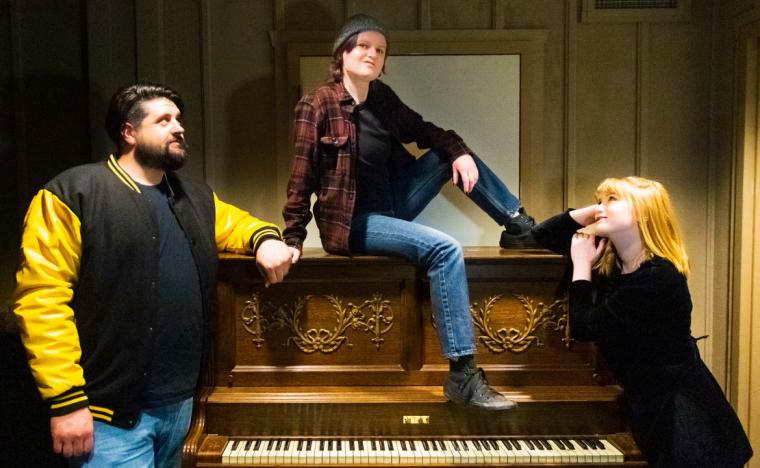 With Broadway World describing the dark comedy as "a wicked satire that is so much more than just a tearing-down of cultural icons," author Bert V. Royal's Dog Sees God enjoys a June 3 through 12 run at Moline's Playcrafters Barn Theatre, this Barn Owl Series presentation having inspired The Toronto Star to rave, "What seems to be a comedic deconstruction of the famous Peanuts cartoon characters turns out to be one of the most interesting and moving plays I've seen this year."

A comedic, and determinedly adult, coming-of-age tale surrounding a cast of familiar Charles M. Schulz characters, Dog Sees God finds the Peanuts gang in high school, and following the death of his beloved beagle, protagonist C.B having to tackle some seriously grown-up topics. As a now-popular jock who's also something of a bully, C.B. finds himself drawn to a lonely piano-playing outsider named Beethoven, and while living their lives as "typical" teenagers, the high schoolers are each forced to grapple with issues of homophobia, mental health, death and the afterlife, alcoholism, identity crises, and the inevitability of growing apart from the people you loved most. With Royal's script praised as a poignant, funny, gut-punching, and uniquely-crafted work, Dog Sees God was one of the breakout hits upon its debut at the New York International Fringe Festival, winning the Excellence Award for Best Overall Production and Theatermania's Play Award of 2004. 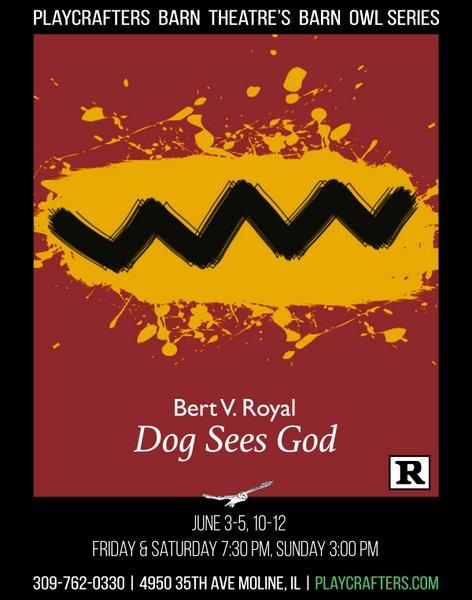 Dog Sees God runs at the Moline theatre June 3 through 12, with performances on Fridays and Saturdays at 7:30 p.m. and Sundays at 3 p.m. Admission is $10-12, the show is recommended for ages 17 and older, and more information and tickets are available by calling (309)762-0330 and visiting Playcrafters.com.