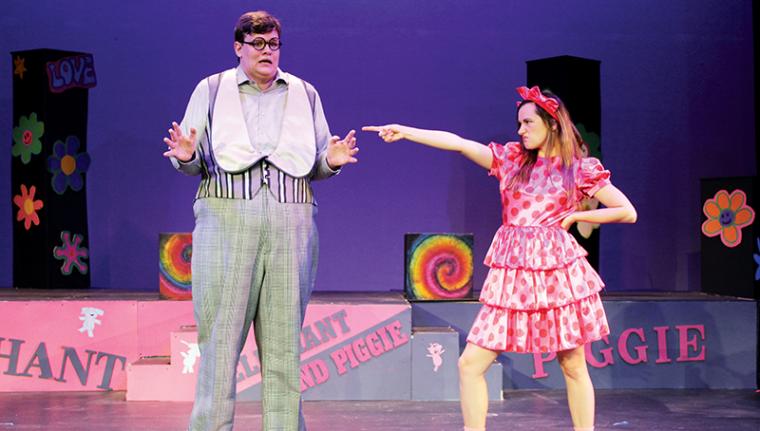 Presenting its first live family musical in more than a year, Rock Island's Circa '21 Dinner Playhouse accompanies its current mainstage production Beehive: The '60s Musical with the winning stage entertainment Elephant & Piggie's "We Are in a Play!", a charming treat, running June 11 through July 2, based on author Mo Willems' beloved, award-winning, best-selling children's books.

In this delightful storybook adaptation, an elephant named Gerald and a pig named Piggie are best, best, "bestus" friends. But sometimes they face tough questions. What do you wear to a fancy party? Should you share your ice cream? Can two friends play with just one toy? Gerald the Elephant is cautious, but Piggie is, well ... not. In fact, she’s even happier and more excited than usual, because she and Gerald have been invited to a party hosted by the Squirrelles – three singing squirrels who love to have a good time. And so begins a day in which anything is possible. Filled with beloved Mo Willems characters and lively songs, Elephant & Piggie's "We Are in a Play!" delivers a hilarious musical experience as two of children's literature's most delightfully amusing characters come to life on stage in their very first play. 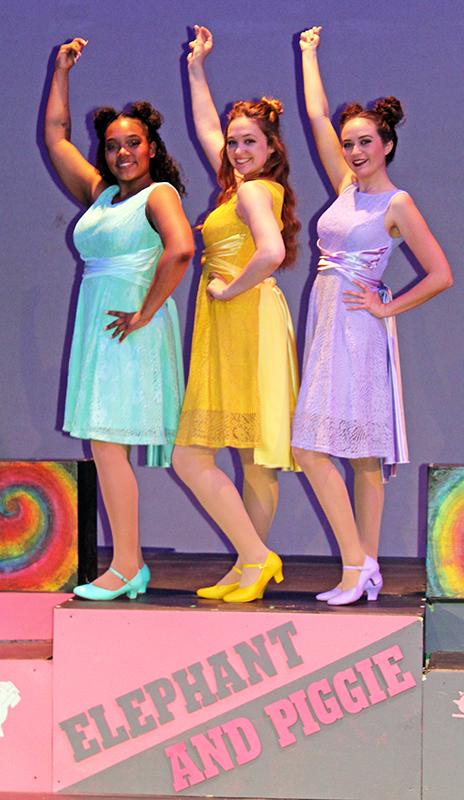 Directing Circa '21's latest family musical is venue favorite Kim Kurtenbach, a frequent stage performer who appeared in last fall's The Savannah Sipping Society and whose additional directing credits for the venue have included Junie B. Jones Is Not a Crook, A Year with Frog & Toad, and 'Twas the Night Before Christmas. Bobby Becher, a co-star in Circa '21's Holiday Inn who recently directed Davenport Junior Theatre's virtual presentation of Alice in Wonderland, serves as the show's music director. Making their Circa '21 debuts in Elephant & Piggie's “We Are in a Play!” are recent St. Ambrose University graduates TJ Green and Ellie Larson, with Green a castmate in Quad City Music Guild's Shrek: The Musical and the Playcrafters Barn Theatre's Avenue Q, and Larson a veteran of SAU's Rabbit Hole and Tartuffe. And the show's cast is completed by three performers also currently starring in the theatre's Beehive: The '60s Musical: Erica Lee Bigelow (Circa '21's The Church Basement Ladies in You Smell Barn), Kira Rangel (the Mississippi Bend Players' Big River), and Savannah Bay Strandin (Circa '21's Kinky Boots).