Fateful Photos: "Snapshots: A Musical Scrapbook," at the Circa '21 Dinner Playhouse through July 8 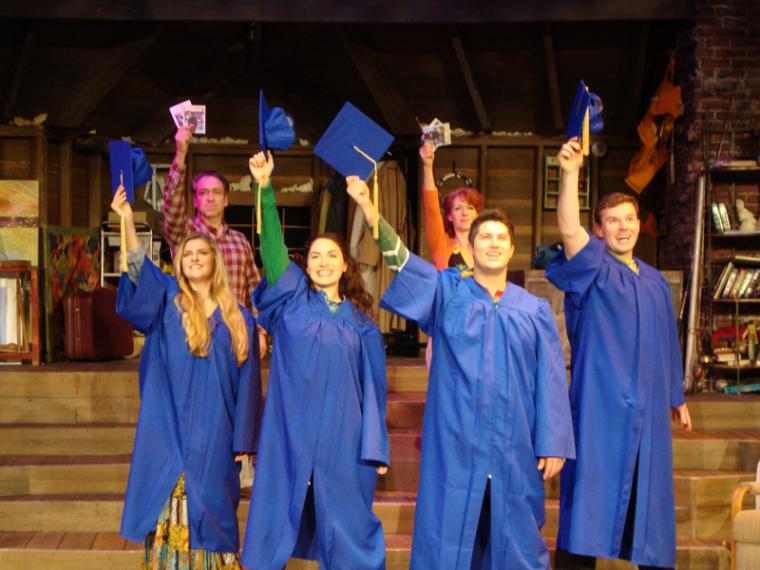 The concept of taking songs from an artist’s catalog and piecing them together to create a narrative doesn’t always work. But I must say that the Circa '21 Dinner Playhouse's current Snapshots: A Musical Scrapbook is one of the genre's best, culling the music of Broadway composer/lyricist Stephen Schwartz to tell the tale of a couple whose relationship is at a turning point. Its 26 numbers are from albums and familiar musicals such as Wicked, Godspell, and Pippin, and although some of the lyrics have been altered to match new characters and situations, this wasn't a distraction for me, and I was able to enjoy them as fresh and fitting for the storyline.

Written by David Stern, Snapshots examines a 20-year marriage and how it came about, and as directed by Warner Crocker, the show moves along with smooth transitions and clever scenes in which characters of the past and present interact. This is not your standard splashy musical with lots of choreography and a large cast. Choreographer Heather Hauskins does have the actors do some movement and dancing, but it's subtle and appropriate for the material, and Crocker, his technical crew, and his super-talented ensemble of six made this theatrical revue enjoyable and accessible.

With all of the scenes taking place either in an attic or with that attic as backdrop, scenic designer Susie Holgersson provides an assemblage of baskets, crates, a trunk, hanging winter coats, board games, and other items in a roughly delineated space with a visible roof line. (I particularly loved the details of the exposed chimney and the insulation peeking out from attic-wall crevices.) Fronted by Escher-like steps, the different levels and angles gave Snapshots' attic depth and interest, and designer Jonathan Allender-Zivic lit stars beyond the roof and employed additionally creative lighting effects to complement the scenes of humor and drama. 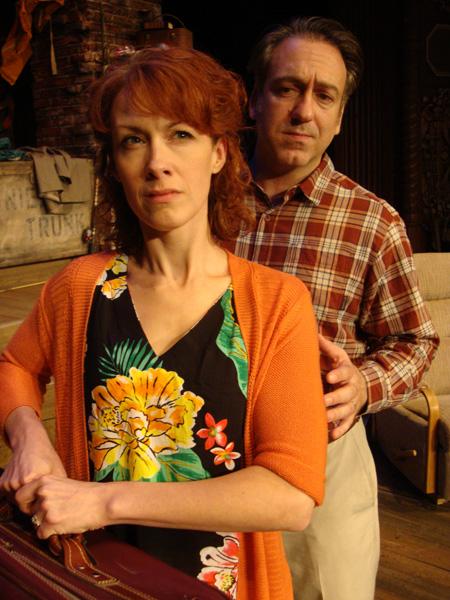 The married Sue, played here by Erin Churchill, starts the show in the attic, where she has hidden a packed suitcase and written a goodbye letter to her husband Dan (Luther Chakurian). When he arrives home early and finds her there, Sue postpones her plan to leave, and instead, she and Dan find some old photos and reminisce about how they met and their relationship missteps. Both actors adeptly build tension as the audience is taken back in time to see how their marriage became so heartbreakingly difficult, and Churchill and Chakurian demonstrate strength and tenderness in their voices, with my favorite numbers being Churchill’s “Meadowlark” and Chakurian's “In Whatever Time We Have.” As performed during the May 31 matinée, both songs were achingly beautiful.

Snapshots' story continues to unfold as four other actors play the couple at different stages of their lives. Anna Segatti, as the childhood and teen Susie, and Grant Benedict, as the young Danny, both had the proper energy and facial expressions to match their kid personas. Their vocal expertise was also showcased on songs such as “New Kid in the Neighborhood” and “Lion Tamer,” and I was quite taken by Segatti’s voice for its range and tone, especially on her enjoyable rendition of Wicked's “Popular.”

Playing the couple as young adults were two other strong members of the company: Autumn Loose and Bobby Cook Gallagher. In one scene in which Susan is an expectant mother, Loose sings “The Spark of Creation” with moving conviction, while Gallagher’s acting prowess is evident as Daniel evolves from a cocky college kid to an adult grappling with his romantic feelings. In one of the show's funnier moments, Gallagher’s character must confront some old girlfriends just as he is moving in with Susan; without giving away what happens, I will say there's a clever costume change (of sorts) involving a bed. 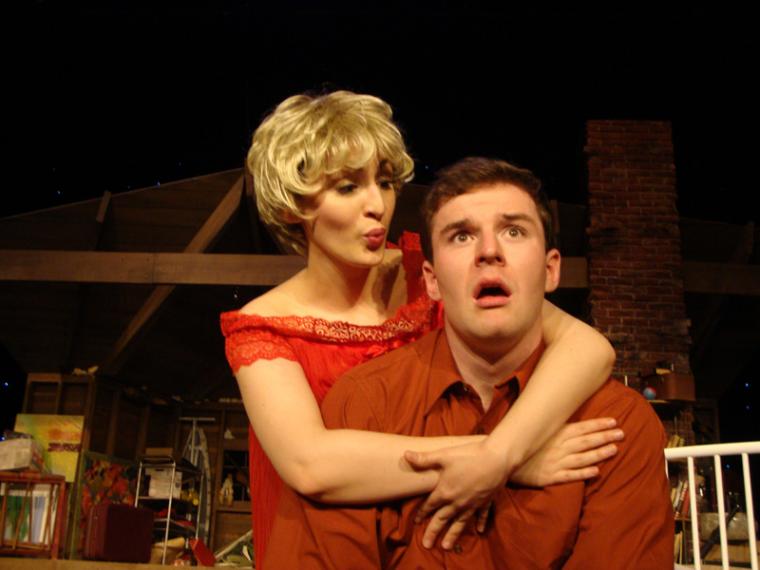 Also most impressive were the quick-changes as orchestrated by costume designer Gregory Hiatt, all performed by the four actors playing Sue's and Dan's younger selves. (One particularly amazing switch occurred when one castmate exited the stage wearing a plaid shirt and khaki pants and entered seconds later in a dress shirt and suit pants.) Hiatt always sets a high standard for detail, and his selections for this production – from the kids' clothes to the graduation gowns – help tell its story.

Snapshots is a musical with developed characters and an emotional narrative that should resonate with anyone who has ever been in a romantic relationship. While it's not a musical with big song and dance numbers, it is a poignant look at how we interact with others, and how missed opportunities and misunderstandings can influence lives. And with the six actors so brilliant in their roles, Circa '21's latest provides a thought-provoking and moving experience.

Snapshots: A Musical Scrapbook runs at the Circa '21 Dinner Playhouse (1828 Third Avenue, Rock Island) through July 8, and more information and tickets are available by calling (309)786-7733 extension 2 or visiting Circa21.com.