Described by the Associated Press as “a madcap mashup of musical styles and lyrics blazing with one-liners,” the Broadway musical comedy First Date enjoys virtual City Circle Theatre Company performances February 26 through 28, this presentation hosted by the Coralville Center for the Performing Arts praised by the Hollywood Reporter for its “genuine wit and musical flair.”

What does a person expect out of a blind date? The 2012 musical First Date takes the audience through the first meeting of Casey and Aaron, two 30-ish New York City singles set up by friends and family. It appears the two have nothing in common: Aaron is a conservative banker, Jewish, and looking for a meaningful relationship, while Casey is an artist, a shiksa, and a little too funky for Wall Street. With the influences of their friends and family (played out in their imaginations) as well as the effects of social media (Google, Twitter, Facebook, and YouTube personified), this first date seems to be doomed. But with the help of a meddling but well-meaning waiter, Casey and Aaron might make a connection after all. 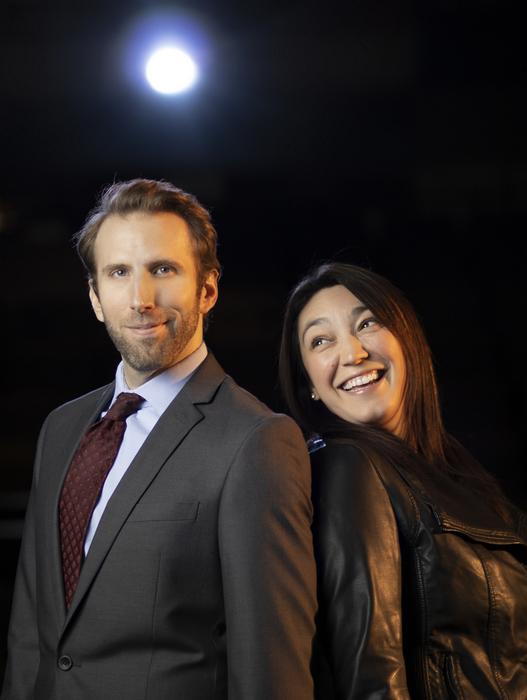 With its contemporary rock score by Alan Zachary and Michael Weiner and its book by Austin Winsburg, First Date gleefully pokes fun at the mishaps and mistakes of blind dates, and led Broadway World to rave, “If it's true what they say about a sense of humor being the most attractive quality in a mate, First Date offers up a terrific match.” The show's original production ran at Seattle's ACT Theatre from March 10 until May 20 of 2012, and the musical debuted on Broadway the following year, running for more than five months and starring Zachary Levi, the lead in NBC's Chuck who later portrayed the title character in DC Studios' Shazam! Directing First Date for the City Circle Theatre Company is longtime company veteran Elizabeth Tracey, with the cast composed of Robert Kemp, Jessica Murillo, Madison Auge, Larry Newman, and Marty Reichert.

First Date will be available for streaming any time during its February 26 through 28 virtual engagement, tickets are available for $12-17, and more information on the online performances is available by calling (319)248-9370 or visiting CoralvilleArts.org.