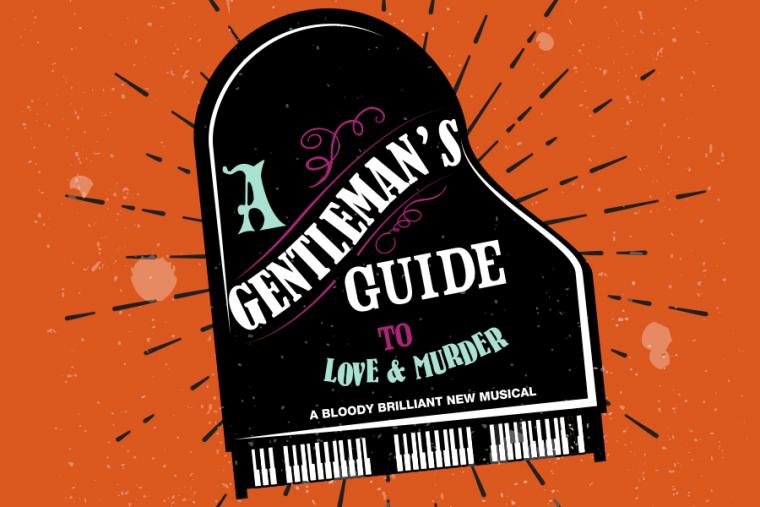 “A Gentleman's Guide to Love & Murder" at the Spotlight Theatre -- February 14 through 24.

Winner of four 2014 Tony Awards including Best Musical, the raucous Broadway comedy A Gentleman's Guide to Love & Murder serves as the first production of the 2019 season for Moline's Spotlight Theatre, its February 14 through 24 run demonstrating why the New York Times described the show as “ingenious” and “among the most inspired and entertaining of new musicals.”

Set in 1907 London, A Gentleman’s Guide to Love & Murder centers on Monty Navarro, a penniless clerk who is informed after the death of his mother that he is ninth in line to inherit the earldom of Highhurst, which is currently under the control of the wealthy D’Ysquith banking family. But after the imperious ruling lord dismisses Monty’s claim of being a relative, the eight D’Ysquiths ahead of young Mr. Navarro begin dying in both natural and unnatural ways. Meanwhile, Monty is trying to woo money-minded Sibella Hallward – until he finds himself romantically drawn to one Phoebe D’Ysquith. What results is a murderous romp filled with unforgettable music, non-stop laughs, and a show-stealing role for one actor who plays all eight of the doomed heirs, with USA Today praising this “morbidly hilarious” work in which “comedic gifts are on glorious display.”

Spotlight Theatre co-founder Brent Tubbs serves as director for the company's A Gentleman's Guide to Love & Murder, his previous credits for the venue including directing and co-starring in All the Great Books (Abridged) and co-directing last fall's The Hunchback of Notre Dame. Monty Navarro is being played by Ian Sodawasser, whose area credits include roles in Quad City Music Guild's Sunset Boulevard and the Black Box Theatre's Baby, while Sibella is portrayed by Jenny Winn (the Circa '21 Dinner Playhouse's The Bridges of Madison County) and Phoebe by Spotlight Theatre co-founder Sara Tubbs. And with Brett Mutter (Circa '21's The Music Man) cast as the eight soon-to-be-deceased D'Ysquith heirs, the Gentleman's Guide ensemble is rounded out by Tim Dominicus, Amelia Fischer, Brant Peitersen, Kevin Pieper, Yvonne Siddique, Nancy Teerlinck, and Megan Warren.

A Gentleman's Guide to Love & Murder runs February 14 through 24 with performances at 7:30 p.m. on Fridays, Saturdays, and Thursday the 14th, and at 2 p.m. on Sundays. Tickets are $20, and more information and reservations are available by calling (309)912-7647 or visiting TheSpotlightTheatreQC.com.